Carry a Gun While Traveling: Federal Safe Passage and Transport Across State Lines

Yes, do be very careful with that. By Federal law, one cannot both possess a firearm and use marijuana.

If you are an Elite USCCA member there are several Ask and Attorney video series episodes that talk quite a bit about this, as well as the various blog pages which are available to all

State and federal laws differ on marijuana use and gun ownership and possession. Dorsey Kindler explores the choice between guns and marijuana use.

Agreed, and there are multiple layers to that onion.
The LEO who pulled you over might not understand the nuances of a specific law. Or the law itself may have a grey area, or there may be conflicting laws at different levels. In any case, the side of the road is no place to debate laws.
But that LEO has a desk sergeant who might have a 3rd opinion. And the department might have a chief who has a 4th opinion. And the city might have a legal director, prosecutor, or mayor with has a 5th, 6th, and 7th opinion. And those opinions, especially the higher-level ones, could factor in politics as much as the actual law, and those politics could be at local or state level.
So we can even get to a weird state where you and the LEO agree that you’re in the right, but she could still be directed from higher to take a different action.

…they were having a friendly conversation, but when the LEO was looking at something inside his vehicle he found my buddy’s EDC.

Lesson One — “Friendly conversation while looking inside vehicle” is a metaphorical door which maybe should not be opened if optional. Stick to business.

Lesson Two — EDC and Federal “Safe Passage” don’t exactly boil down to compatible. Specifically, take note that from, to, unloaded, and inaccessible basically means that we cannot be “carrying” in the sense usually meant during the passage through restricted states.

18 USC § 926A. Interstate transportation of firearms
Notwithstanding any other provision of any law or any rule or regulation of a State or any political subdivision thereof, any person who is not otherwise prohibited by this chapter from transporting, shipping, or receiving a firearm shall be entitled to transport a firearm for any lawful purpose from any place where he may lawfully possess and carry such firearm to any other place where he may lawfully possess and carry such firearm if, during such transportation the firearm is unloaded, and neither the firearm nor any ammunition being transported is readily accessible or is directly accessible from the passenger compartment of such transporting vehicle: Provided, That in the case of a vehicle without a compartment separate from the driver’s compartment the firearm or ammunition shall be contained in a locked container other than the glove compartment or console.
(Added Pub. L. 99–360, §1(a), July 8, 1986, 100 Stat. 766.)

If you get a medical Mary Jane card your CCL becomes VOID!!!

IS it on the State level, or Federal level, or BOTH?

If you get a medical Mary Jane card your CCL becomes VOID!!!

IS it on the State level, or Federal level, or BOTH?

From my semi-informed perspective:
What happens to your CCL depends upon how the issuing authority (state, county, city) wants to handle it, and whether the statute/regulation governing the CCL is silent or speaks to any of the conflicting and overlapping issues.

What happens at the federal level is a consequence of the feds still considering pot a Schedule One controlled substance. Having a MM card doesn’t prove or disprove or disqualify anybody from anything, BUT anyone who is an unlawful user of or addicted to any controlled substance (as defined in section 102 of the Controlled Substances Act, codified at 21 U.S.C. § 802); becomes a federally “prohibited person” to ship, transport, receive, or possess firearms or ammunition.

In some states, medical and recreational use of marijuana is perfectly legal, but users are still technically “unlawful” by CSA standards.

It’s my understanding that some jurisdictions are only enforcing their own laws (i.e. state and county officials are not enforcing the federal prohibition, which affects plenty of things beyond firearms possession). But the feds can and will still put you down if they take a notion. How users actually cope with this nonsense would be for them to explain.

@techs Absolutely correct. Very good information to be considered for anyone tapping into the subject on MJ substance. Not a user, but it’s good info for those that do is something to consider.

All I “KNOW” as FACT is Illinois will VOID your CCL If you get a medical CBD card!

Illinois is a state full of criminals in government and law enforcement. Chicago especially!

All I “KNOW” as FACT is Illinois will VOID your CCL If you get a medical CBD card!

Ok, fine. Didn’t happen to me or anyone I know.

Like I said — differences between jurisdictions. I know the Rules of Engagement are currently quite different in different places. And no state anywhere has managed to completely void or change the federal Controlled Substance Act yet.

In most of my state, you would need to come to the attention of federal officials or force local authorities to jam you up. You could obtain and retain either or both; but you could work yourself into a mess, also. If it matters to you, try to get the big picture changed — and know your local situation well in the meantime. 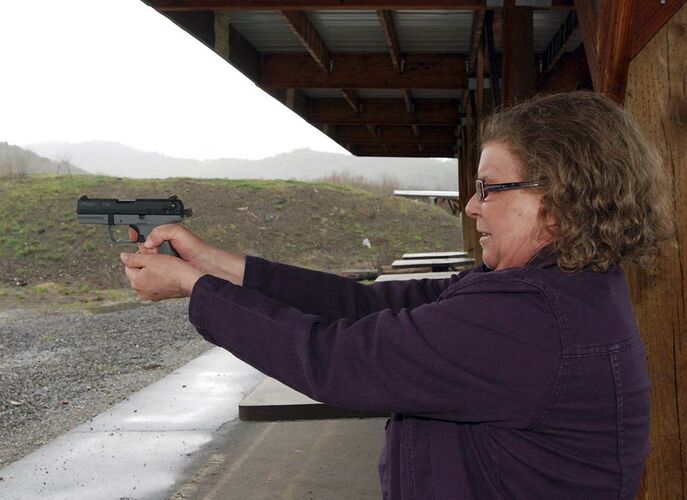 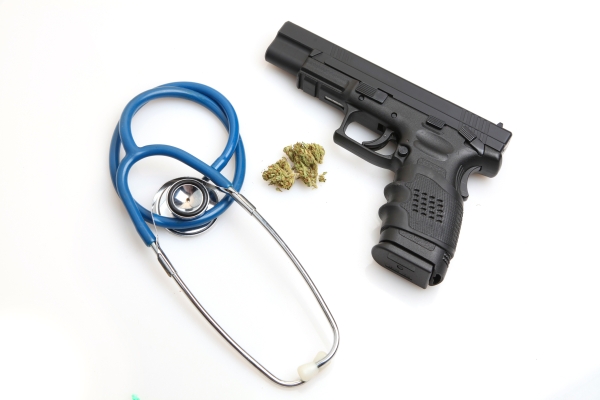 You live in Illinois?

Uh, no. That’s why the references I provided have nothing to do with Illinois — you told us how things apparently work there.

Just like this topic is not particularly about Illinois, it turns out a lot of USCCA members are not in Illinois, either.

Actually, now that I think about it, this topic is also not about medical marijuana cards, but about 18 USC § 926A. Drift can go quite a ways, huh?

Looks like a lot of Members of the Community are thinking about traveling to Illinois and smoking weed the same time.

OK, let’s go back on the tracks…

Looks like a lot of Members of the Community are thinking about traveling to Illinois and smoking weed the same time.

Once we can legally smoke grass in IL, there is no needs to travel to CO anymore.

Yeah… that was good one…
but you didn’t catch the real meaning.

Ok, this is a question that the admin must answer so its really not a conversation piece. Since we have this federal protection, and if we meet the requirements, we are basically legal in said area. My question then is, will the USCCA step in to help or is this insurance only for “permitted states”?

This federal “protection” referenced here only count for transporting firearms through States not using firearms within a State. The USCCA insurance only covers legally justifiable self defense situations. So I don’t think these two topics overlap.

Well I believe for the insurance to be used, you have to be legal in said area. I had to get a Utah permit to travel to Washington state a few years back, jus t because the insurance stipulates you have to legally posess said firearm. My Indiana permit was not recipricated in Wash. On the second note, I am not talking about using it, but I question wether if arrested, would the insurance at least get me out of jail. Its a firearm related incident and I would think it would apply here.

I’m pretty sure the insurance only covers self defense situations and would not cover an arrest for carrying a firearm if I’m understanding your question correctly?

The federal law on “safe passage”, unfortunately, is only a positive defense. That means you can still be arrested and prosecuted. At that point, if you completely followed the law, and made no errors, the “safe passage” would be a justifiable defense making you not guilty. The bad part is there are prosecutors that want to punish law-abiding firearm owners on the sole basis that you are a law-abiding firearm owner. They view jailing you, prosecuting you, and forcing you to pay countless amounts of time and money to defend yourself as a punishment, whether or not you actually committed a crime. In their eyes legally owning a firearm as a private citizen is their justification for this form of punishment, for which your only remuneration is your still being free after their prosecuting you.

The prosecutor in the Rittenhouse case effectively stated that (his being held without bail was punishment) when he stated he wanted Rittenhouse to remain in prison until after the trial ended.