Biden, abusing everything he touch's

Biden has been destructive in every area of his
Presidency.

Everything the left touches turns to ■■■■.

High crimes and misdemeanors doesn’t even begin to touch the surface!
He’s a “ghost gun” ( 20% of his parts are missing ) wrapped in a “red flag”!
He’s a Nero wrapped in a Caligula.
I never felt more like a “subject” than I do now!

I’ve said it before, during the impeachments of Trump. “Be very carful, next time it might be your guy”. Politics in The United States being what it is, I suspect this is what we’ll see for many election cycles to come.

Scroll to the bottom of this webpage to watch Tucker Carlson’s 19 min. video on how the regime has rounded up about 50 Trump supporters so far for being “terrorists”. Unbelievable, and yet, here we are. Never thought I would be seeing this happen in the United States of America. Intentions are no longer being masked. 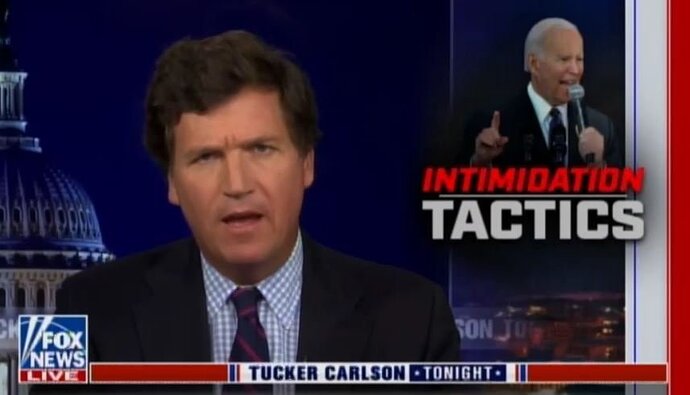 On the Anniversary of the 9-11 Islamist Attacks on America Democrats Democrats and their media organized announced that the political opposition is now the greatest threat to America and as dangerous at the Islamic terrorists on 9-11. Kamala Harris...

What the people that keep calling for the IMPEACHMENT of Biden keep forgetting that if he is IMPEACHED that Kamala would become President. And she is maybe worse than Biden is. Hell she pulled out of the race for President before any of the primaries because her polling was less than 1%. And she was hated more in her home state of CA. And Kamala is doing a worse or almost worse job then Biden is doing. Not to mention that people on her staff keep quitting because of how bad she is to her staff.

So we go from the pan to the fire? What I think we need to be concerned about, is when Brandon becomes self aware!
We’re in the toilet already, there’s no turning back any of the destruction! Neither of them is running the country! They are literally destroying it, hour by hour! And they are proud of it!

We either stand for something or we die for nothing!

Impeachment sets the standard and the reestablishment for the rule of law. The road to repair the republic are three impeachments, Biden, Harris and Pelosi! In succession and immediately! Just a dream I guess!