Alarm in the night belt

So my kid is getting older. He was in a crib, now he’s in a big kid bed. I am rethinking my bump in the night plan. My plan has been quick access safe with gun in cruiser ready condition (loaded mag empty chamber). Rack the slide the. Secure home with gun aimed to floor (I’m expecting it to be family. I’m not going to run around and aim again at what could potentially be a loved one) and flashlight.

I am very weary with night time engagements. I’m considering putting a belt together with an owb holster, some mag carriers and maybe I’ll even roll with a tourniquet (though I already have them in the home so that would be more for fun tacticool factor .).

I figure this set up will work well because if I hear a bump in the night, I can holster the gun and then go with a flashlight. Chances are it will be my kid, or a door that didn’t latch right. That way I’m not a tired anxious mess with a gun in my hand and no where to put it. It also gives me a place to put the gun in the case that I need both hands for any particular reason.

SO, now to the question, should I get a fun war belt/ competition belt set up, or should I just get a 2nd kore belt, throw a holster on it, get some mag carriers and then I have a decent back up system for carry.

Just fun conversation. I’ve been focusing on gear over guns now. I’ve found the guns I want to train with, now the little money I have is slowly going twards gear. TREX arms had a new owb system that’s reasonably priced and the mag carriers seem really cool considering setting something like that up.

To be always prepared is a smart move. How you do this preparation is completely up to you and your situation.
I like the idea of having tactical / competition gun belt always ready to be quickly worn and ready for action.

I’m actually preparing such set for myself, but for the classes and training sessions. I won’t be using it as my night option, but we can share some info. My main requirement is inner and outer belt set, but you don’t need the inner part.

If you are willing to spend some extra money for a good solution, check G-Code Tactical Belt Combos. Little pricey, but this is one of the best manufacturers for civilian market.

If you like Kore Essentials, stay with it. I love Kore’s stuff and will always recommend it.

In my case, because all my gear I’ve been ever using is setup for 1.5" belts, the options are very limited. The best and fortunately not expensive option that will work for me is Double Alpha Academy DAA Premium Belt.
It is something you can consider, but to be honest, for night action I would definitely go with belt with the BUCKLE, not VELCRO.

TREX seems to be fine. It’s using COBRA buckle, same as G-CODE. I’m guessing these both are the same quality.

These are big boys on this field and they use good equipment as well. However you may find it overpriced… but at least you can see what do they use and find similar somewhere else…

I think it’s a good idea to have firearms locked up and out of reach if there are children in the home between the ages of toddler to older teenagers.

As far as a nighttime rig goes I’ve read some like having a shoulder rig nearby that can be slipped on like a jacket rather than a duty belt. Just a thought. I don’t do either and my kids are all grown and gone.

I suggest a home alarm. Sensors on doors and windows. Set it daily/nightly (they have reminders you can set in case you haven’t by a certain time).

IMO there shouldn’t be a question of “was that an exterior door just kicked in, or did a pet/kid knock over a lamp”. For one of those, I want the gun in my hand, for the other, it won’t even get unlocked. Having an alarm set with sensors on all the entry points goes a long way there.

As for the gun-topic gear, I suggest a quick donning plate carrier with plates, mags, and IFAK

In my case, because all my gear I’ve been ever using is setup for 1.5" belts, the options are very limited.

This is my dilemma, however, I’ll have to buy new holster and mag carriers regardless. A rigid competition belt would be cool, but a kore essentials nylon belt would be easy to ratchet on over anything and function for what I’d need. Then I have another back up carry belt.

This holster isn’t anything particularly special, but it’s a fair price and I know they make good holsters. I’m more interested in their modular (buzz word for the day) mag carrier system at the bottom of the page. Again, nothing revolutionary, but fair price to me. The mag carriers could be used for carry if I ever wanted as well. So if I stick with 1.5” I could have equipment with multiple potential uses.

Either way, it’d be a fun set up to train with at the range.

Plates aren’t in my budget right now. I have looked at chest rigs. In my mind chest rig would compliment my rifle, but my rifle is not my go to HD gun. A belt would be really quick for me to put on. I could have an extra flashlight and mags ready to go. Also would be a fun range toy.

If you are going to collect every piece of the gear, go with 2" tactical battle belt with MOLLE system.
This is the best and most stabilized system for any attachments. These days you can buy anything with MOLLE straps - holsters, carriers, medical kits, pouches. This will be the most universal and fastest to wear belt.

And one more advice… if you go with gear on such belt you may need to think about using 2nd level retention holster. If you are in hurry wearing fully loaded belt there is a chance your handgun will slide out. You don’t want this, especially at night.

If you are going to collect every piece of the gear, go with 2" tactical battle belt with MOLLE system.

To larp or not to larp, that is the question

They are in your budget.

Remember the old stat about how incredibly few homicides are committed annually in the entire country with rifles? Like, a few hundred? Handguns are by far and away the most common.

It’s like $100 for a plate rated to stop handgun rounds.

If you just want the ‘fun range toy’ battle-belt, go for it, no need to force home defense in as your reason 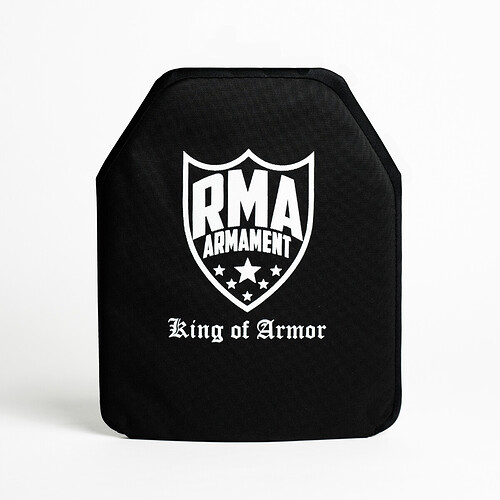 My plan has been quick access safe with gun in cruiser ready condition (loaded mag empty chamber). Rack the slide the. Secure home with gun aimed to floor

My plan has a round chambered in the pistol in a quick access safe with a trigger guard on it so I can’t accidentally hit the trigger in my sleepy rush to pull the pistol out. The guard pops off when I pull the pistol completely out of the safe. I grab my flashlight at the same time and head to my son’s room which is right next to ours and take him and meet my wife in our safe area and call the sheriff to clear the rest of the house. I don’t want to waste even an extra second putting belts or other stuff on until I’m in between all my family and any threats.

I do have a cheap but sturdy belt with holster and mag pouch in our safe area and would put that on if time allowed in case we had to leave that area for any reason.