What if you just “witnessed” a self-defense shooting? What do you do in the moment?

You weren’t the shooter, but you were there. What if you “witness” a self-defense shooting? What do you do in the moment? Later? What if the self-defense person is a friend (the legal CCW carrier)? Are you prepared to also know what to say, or not? How can you help?

Would the police be asking you as a witness, questions as well? Can you remain calm and remember your legal advice? Tips, suggestions?

Remain calm, and just tell what you saw. The good, the bad and the ugly. Or walk away and go home. The choice is yours. 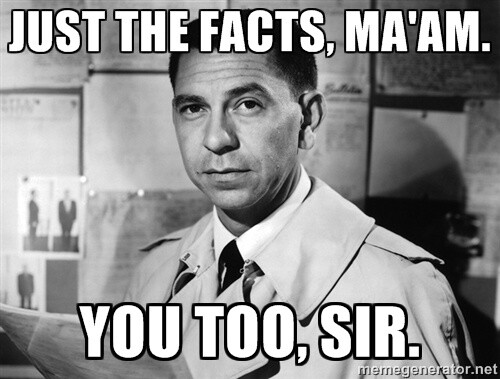 If asked to testify, a lawyer would be involved.
Is “coaching” legal? If so, I would gladly accept the help but won’t compromise the truth.

So, if I stuck around, I don’t see any reason why I wouldn’t be calm and aware. This stuff is normal everyday average Brandon initiated violence. I expect this anytime I leave the house or turn on the news. Heck, I’m prepared for bombs to start dropping. Wouldn’t be surprised at all!

However if I’m questioned, “that guy tried to kill my friend, that’s the aggressors weapon in his hand, my friend had no choice but to defend him/herself”…if required to testify my lawyers name is Jenny she can be reached at 888-867-5309.

I think I would leave. There is no law that I am aware of that requires one to remain at the scene of a shooting. You really don’t want to get involved in our court system. Witness’s time and expense are of no concern to prosecuting attorneys. They will not blink an eye at making you sit in court for weeks on end with only a minuscule compensation. They carelessly don’t advise you that the case has been continued AFTER you show up in court. I would discuss the situation with your friend’s lawyer. You don’t have to discuss the matter with any representative of the prosecution although they will lean on you and make you think you must. You should discuss that situation with your friend’s lawyer because laws are different in every state and what may be the law in Texas sure ain’t the law in Kallyforniya.

Safety 1st - is the incident over? Is the rest of the gang coming to spray the place with bullets?
If the location is secure, I would stay for a while. If police asks for my information to be a witness, I would provide my information, but would not chase after officers to volunteer it.

If police asks for my information to be a witness

For a friend! Other than that, not in my lane!
You know! On second thought, the good guy is one of us, creep on the ground needs all the witnesses the good guy can get!
I’ll be a witness, twice, same way I’m going to vote, TWICE, three times if necessary!
All is fair in love and war, and this ain’t love

What if you “witness” a self-defense shooting? What do you do in the moment?

Later? What if the self-defense person is a friend (the legal CCW carrier)? Are you prepared to also know what to say, or not? How can you help?

Would the police be asking you as a witness, questions as well? Can you remain calm and remember your legal advice? Tips, suggestions?

Stay clear of the situation unless and until my life or the lives of my loved ones are in danger. Stay put, be a good witness from cover. Remain on the scene from a safe distance if possible and be prepared to render aid and call 911 if required and safe to do so. No matter who was at fault or what the details are, you may be present at an active “crime scene”. Leaving a crime scene MAY be morally and legally wrong/illegal.

Safety is paramount. Just like any first responder training one may have received in a past or present life, you must first ensure that the scene is safe before you take ANY action.

If you are a permit holder, your permit is NOT a badge. Stand down and stand clear and let the appropriate authorities do their jobs. Honestly, following similar protocols should you witness an automobile accident would serve you well here too.

Don’t say anything: No legal advice, NOTHING. Speak when spoken to. And keep is short and only share facts that you witnessed. Offer no “opinions”.

That’s my advice and that is what I would do. YMMV.

Thanks all. It makes sense that friends or family traveling together, learn similar responses, and best practices. I can imagine, we as CCW holders may have learned, however those we gather with might not yet have. Makes me want to have those crucial conversations with them.

If one’s more of a stranger, or observer/bystander, I’ll definitely consider the insight shared above.

In that situation you can always be a good witness. Think about what you saw and be truthful. The LEOs on the scene may question you and whatever you say can make or break the person who allegedly defended themselves. The police may ask you for a written statement of what you observed. As a witness you can also be required to testify in court.

Stick around and be a good witness. DO NOT embellish what happened, or say what you thimk happened. Just facts. If unsure, ask an attorney first.

Be a good witness! If you did the self defense shooting what would you want? Got a phone that records memos? Make notes so you don’t forget a detail. Can you get names and addresses of other witnesses? How about taking pictures? If I am involved in a clean shooting I want it recorded from 6 angles - not going to happen but just say’n.

NOW! What if the attacker who got shot was a MS13 member? Now the decision to be a good witness gets harder. I would be a witness but I may have to do everything from a distance as I wait for LE.

I some localities the prosecutor will do all possible to hang the defense shooter out to dry. What help would YOU want?

Interesting. As a witness, mentally putting ourselves in the shoes of a defensive shooter.

As they say, the only thing necessary for the triumph of evil is for good men, and women, to do nothing. This includes being a good witness. Especially if it’s to one of our own in the 2A community, and it’s a justifiable use of deadly force. I would never purjure myself in a court of law. So, if it’s a bad shoot, you may let your friend know that they’re in a whole mess of trouble, and your subsequent testimony is not likely to be helpful. Just my thoughts on the matter.

Good question and good points from all sides. I know what I would want if the shoot was mine, but, I am the major bread winner and the court is not going to equal my pay. The MS13 point was good too, or anyone you may have to fear ending up on your porch. Then it may end up being your shoot. This requires further pondering.

In the trial I sat on the jury for, after everything was done the judge came into the jury room. I asked him, "When the prosecution asked those guys questions and they answered and then prosecutor asked them to read their statement to the police, the information was different, isn’t that perjury or giving the police a false statement? His reply, “Peoples memory of what happened change, I am not aware of anyone in Utah being charged with anything when their testimony differed from their original statement to the police.”. That said, I’m going to clam up, no statement to the police.

I was thinking through scenarios today of being somewhere that I witness the defensive use of a firearm. So this is purely hypothetical. I’m in Ohio and have a concealed carry permit, but in this scenario, for whatever reason I didn’t use my firearm or wasn’t carrying it due to signage.

I don’t think USCCA would pay for the lawyer, since I wasn’t the defender but I was just a witness.

Personally I am feeling “probably not”, but…maybe.

Probably want to keep it short and simple especially if you say anything on scene without an attorney. I saw this person attack that person with ___, that person then defended themselves, this person ran that way, /end talk. Low resolution.

If you are a witness and only a witness, be a good one. If you fill out a sworn statement as to what you honestly witnessed, IMO, you shouldn’t have to worry about it. When you try to cover things up to help is when you could be in the hot seat.