I started casting in the 2000’s and finally got a blood test as a baseline for a new job I took last year. I got the clinic to mail the results to me as well as the employer. I don’t recall exactly what the lead level was but it was in the insignificant to zero bracket. I read modern reloading by Richard Lee and follow his advice. I use a rock tumbler and stainless steel pins, and wet tumble brass. And I don’t shoot at indoor ranges.

I knew one person that actually did get “lead poisoning” and he had a garage and repaired radiators. Lots of them! Said he would go get the ones other shops threw out as ruined and repair and sell them. I said surely you used a fan to blow the smoke away from your face? He said no, because it messed up the solder.

I’m one of those who has been casting, and shooting lead bullets for decades. Though I will say that casting good bullets for a given use is as much a science and discipline as is shooting, or reloading. You can keep it simple, but it can get very involved as well. It should be noted that one big source of lead exposure is firing bullets with exposed lead bases. Many factory jacketed rounds have fully exposed lead bases, and most of the lead bullets I shoot have copper clad bases by virtue of a copper “gas check” that I install as part of the process.

I mask up or work outside when I’m cleaning primer pockets because that dust IS bad, at least for me.

Cast lead bullets can be very effective for defense or hunting, not unlike factory ammunition, it’s about the right bullet for the right job. A caster can generate bullets that will expand, or stay firm and penetrate, or a little of both. bullet design, caliber choice, lead hardness, and velocity all being factors a good caster and reloader has influence over.

One of the reasons for the big bore rifles of the past, the one’s we don’t use any more, is the fact that you can only push lead just so fast before the problems outweigh the value, so, the usual way of getting more hitting power out of lead bullets once the velocity limit was maxed out (usually around 2000 fps), was to increase the size and weight of that 2000 fps projectile. (2000 fps is a loose general limit, and is not an all cases, all bullets, all hardness limit, but generally the limit for most lead bullets is about 2100 fps. and often for plain base bullets the limit is closer to 1000 fps)

The humble 30-30 shines here because it can push a cast, gas checked bullet about as fast as one can reasonably be pushed, and while I can, and do use cast bullets to good effect in more powerful cartridges, the velocity still has to be limited to that 2100 fps range, give or take. For example, I cast hunting bullets for my .308, I just don’t push them to jacketed bullet velocities. I get the advantages of a good, scoped bolt action rifle with bullets I can always make, and I get very good accuracy, I limit the range of course, but I am well within the usual hunting ranges most hunters experience or are willing to take shots on live game.

.38 / .357, .45 auto, 30 cal rifle, and a host of others can be very effectively used with cast bullets. while cast bullets make for great plinking and practice rounds, they are most certainly not limited to just those uses. As always, proper ammo selection can make cast lead bullets fully effective ammunition for both hunting and self-defense. And now powder coating cast bullets has increased benefits yet further with reduced lead exposure and some increases in velocity for certain applications. But overall, plain cast bullets, with gas checks where appropriate, are all I seem to need.

The rifles of the civil war could be effective out to as much as 1000 yards, but the way they did it was to push a plain lead projectile that devoid of high velocity, was instead a very heavy projectile. The period bullet I cast for the .58 cal. reproduction rifle weighs 530 grains! As even modern ballistics shows, when you get that much weight moving, it tends to retain its energy for what can be surprising distances.

The ammo and bullet shortage could limit things in some ways, but by no means is a bullet caster without effective arms for hunting or self-defense.

Don’t forget cars without seat belts or frontiersmen building fires with a pound of black powder slung over their shoulder!.. one wonders how we ever survived it all.

Red Lead was with out a doubt the best coating for structural steel EVER. Some of the babies on our job sites call me “Red Lead”. yes, I’m that old…

In some ways your still a Kid, I have a kid your age, At least you put your ear to the groung now.
I know you’ll stay sharp.
Bky
PS: hope that makes you feel young cause, you still be young ******
PSS: talk to you later * YOUNG BLOOD *

A long time ago I played with 250’s and 300’s. 45 ACP is 0.451" and these boolits are 0.452" so it swells the brass a bit as they push in. Still chamber OK. You must be very careful if you are using fast powders like Bullseye and such. Bigger boolit takes up more case volume to get it to the right OAL. Someday I may play with them again in my 45 Win Mag now that I finally have one. I never saw any real benefit from those big heavies unless you were trying to suppress something running stupid hot.

everything has a health warning there

I understand any lead amo is banned & they consider fiberglass insulation a carcinogen. I think it’s wrapped in plastic now

Someone needs to remind California that life is terminal. we all have an expiration date, we just don’t know what it is.

The Wings of time are For ever ; enjoy the Flight. 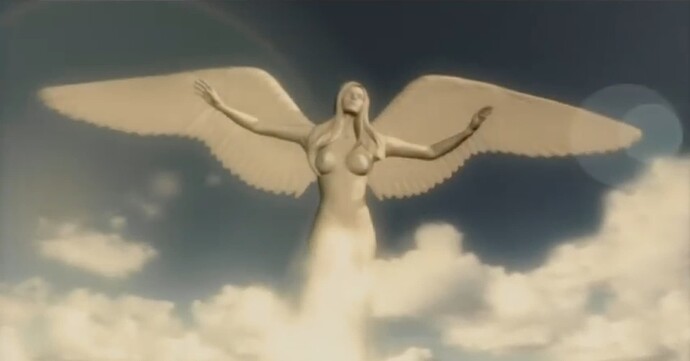