Unarmed man shot in his own home by local law enforcement

This is beyond disgusting.
These cops MUST be charged with attempted murder, period. Never heard anyone say police either. I would not open the damn door unless I hear police and see blue and red lights. Especially being woken up in the middle of the night.
Also shouldn’t they have been watching the video on their own damn robot camera?

You posted this 4 days ago😁

You posted this 4 days ago😁

I’m sorry to hear about your TBI. Much respect, that’s got to be hard to live with.

I’m sorry to hear about your TBI. Much respect, that’s got to be hard to live with.

thank you
20 yrs ago I was in a car wreck that left me as a quad and in a coma for 6 months then I was a quad with sever TBI for about 8 more months before I started being able to move my fingers and toes. now I can walk short distances but rely on a power wheelchair

for outside the home.
up until this past new years day my memory was getting better. until i fell in my basement and hit my head on the concrete floor. I hit hard

enough that my wife heard the thump upstairs. an back to square one again

You hang in there warrior brother! God bless you buddy and we are all glad you are here.

You hang in there warrior brother!

thank you for the kind words of encouragement.
please excuse any double articles that i may put up. I haven’t gone anywhere except the gym or in laws house. because of my recent fall. but i am slowly getting back into my life

please excuse any double articles that i may put up.

It’s all good, don’t sweat it😎

It is important to parse this out to completely understand what happened here;

I strongly believe that there was an interaction earlier in that evening between police and this man. Apparently, the charges of resisting and delaying along with the SWAT response were a result of that encounter.

The narrator poses some good questions about it being believable that a guy would go to bed after a confrontation. Good questions, but yes he would if the time frame was long enough.

My final point in dissecting the officers’ response is that the man was holding the robot in his hand. That object was dark metal and the size and (sorta) shape of a gun.

That is it for my perspective on defending the actions of the police.

Now, here are the problems I see. 1) Why toss the robot in at all? When police, especially SWAT returns to interact with a subject, 100% of the time, it must be presumed that things have changed in one way or another. In most cases things are probably elevated. In this case, things were calmer.

This is how the escalation tree works.

In summation, yes the man screwed up, but the police were in control and we train for when people screw up. I predict that there will be at least one SWAT member that “dimes” the shooter officer. The man and his lady will not be living in a trailer after this.

No worries friend, you hang tough and God Bless you.

@leo23
No hassles my man, no need to explain my brother. God bless you. 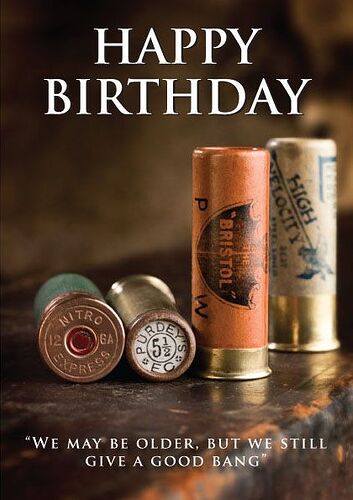 Thank all you guys!