The silent majority is not going to be silent anymore. The American people are furious with what’s happened to their country — and by American people I mean all American people who love this country regardless of their color, their religion, their background — red-blooded Americans, they are sick and tired of what they’ve seen in the first six months of this administration.

They don’t like they way they’re being treated by the elites in the media. They don’t like being looked down upon by these phony professors who they bring on TV who trash them. They are disgusted with the teachers unions, parents all over this country can’t believe what’s happened to elementary schools and secondary schools. Parents go broke to send their kids to college and now they’re coming home on Thanksgiving or other days and they don’t know what’s happened to them.

America’s borders are wide open. We have a president of the United States who is violating our immigration laws, who signs executive orders like he’s Benito Mussolini.
We’re sick and tired of hearing from San Francisco Nancy Pelosi and New York City Chuck Schumer. What they intend to do to our court system — those courts belong to us! Attacking separation of powers and our constitutional construct.

But we are pissed off!

And we have had enough!

And we’re done talking about it!

The idea that a book like this sells 400,000 copies in one week and is well on the way to half a million, I’ve been in these movements before. I saw what happened with “Liberty and Tyranny” and the Tea Party movement. We know our history. We are a great people. And we have people in this country who haven’t contributed a damn thing to it, trying to tear it down and redistribute wealth. They sound like they’re soap box Marxists, going on and on about ‘we don’t provide this! We don’t provide that!’ and ‘Bernie Sanders is gonna provide it and AOC’s gonna provide it.’

But it will not last.

That’s what’s going on in this country. I feel it and I know it. 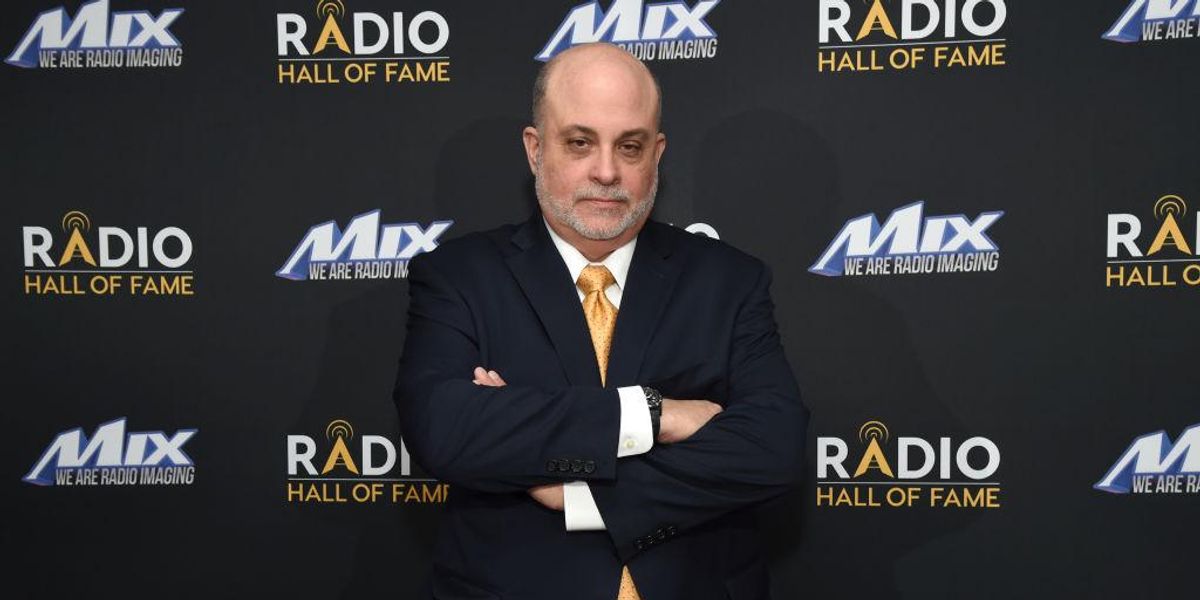 Mark Levin: A 'massive movement' is about to be unleashed against Biden's...

New York Times bestselling author and BlazeTV host Mark Levin said there is a "massive movement" of the American people waking up to challenge the progressive left and wrest control of the country away from the Democratic Party. Levin, whose eighth...

I like Mr. Levin. Just wish he would say what was really on his mind.

Certainly there are a lot of us that are wondering how far this can go. Can they just keep mailing checks to people that aren’t working, just because they have kids, that are from other countries? Can they just decide what they want taught in primary schools and call us racist and bigot if we question it? Can the borders be left uncontrolled allowing millions of people of unknown background and unknown intention in? How many more Executive Orders that kill projects and limit liberties can we tolerate? Mr. Levin is right, many of us, people that aren’t getting on the news, that don’t have blogs are growing frustrated. When they tipped the cop car over by my place and burnt it, the police stood back and watched. When the cops were being clobbered with frozen water bottles and rocks people that tried to step in and stop the protesters were arrested and hauled away. The roads were blocked so the protesters could march while those of us that live here had to wait to drive home. We can vent our anger at the ballot box for sure but in todays environment even that seems to have a dark cloud of suspicion hanging over it.

@Mike164 This plan has been used before. Google the Chinese communist revolution in the late 1960-1970’s. Pretty much the standard playbook, just add in a plandemic, and you are well on the way.

This is just my thoughts, I don’t see/hear enough folks writing or calling their people in office. If things don’t change in 2022 the worst is yet to come, for sure…

I don’t see a lot of outcry against these liberal hacks.

I have been screaming and yelling about them for 10 years or so. If you take the time to read what they say, they will tell you what they plan/want to do.

As an aside, anyone hear much from the feminist movement these days?

anyone hear much from the feminist