Techniques for dealing with a knife or firearm threat

So I have been doing a 1 to 2 time a week physical therapy/martial arts class to get my body back in shape from last November’s little trip to the hospital. Most of the session is weight lifting and various other exorcises but we always finish off the session with some Krav Maga drills.

Since my primary focus is on self defense and I have to spend a lot of time in anti self defense areas a lot of the training has revolved around unarmed defense against knife and firearm attacks. We do a lot of mini scenarios and I am starting to get used to opening my eyes or turning around to having a blue pistol pointed in my face or a knife swinging at my chest.

While my training so far has revolved around unarmed response to an armed threat much of it can be applied to armed response as well. Figured it might be nice to have a place to discuss the techniques and training people use to deal with various scenarios where someone already has the drop on you.

When to try and draw. When not to. When to deescalate. When to distract. When to just hand over your wallet. Etc. And how best to do all that.

I’ll share an important insight I picked up from todays training bellow.

Did you mean this? 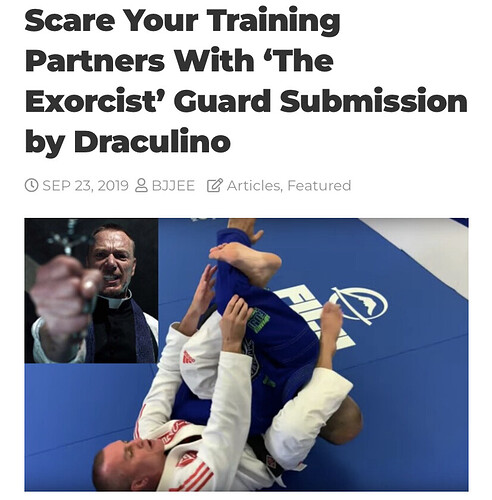 J/k… please do share as this is something I’ve been meaning to learn as I get older.

So today’s lesson the focus was on pistol takeaways. But instead of the basic try to take the pistol away while he stood there and pointed it at me, he was pushing me around and moving the pistol trying to get me to comply with his demands. I had to show compliance while waiting for an opening to grab the moving pistol get in a strike or two and rip it away.

Based on some previous online firearms training my natural compliance response was to raise my hands by my shoulders and talk submissively while waiting for an opening. But I quickly learned that this significantly increases my response time and limits my response options. My instructor showed me a law enforcement technique of keeping my elbows down against the sides of my stomach and my hands outstretched down around my waist. This technique gave me a lot more options and speed for grabbing and striking. It also got me “shot” a lot less often:)

Let it be known that my martial arts skills are in the very beginner stage. I just wanted to share something I picked up today. Hope others will share their own lessons thoughts and concerns as well.

Another thing my coach helpfully pointed out was that while my hands and words were saying I comply, my eyes where apparently saying I’m gonna rip that gun from your hands while I kick you in the groin:) I have been working on portraying subtle none confrontational confidence when I see someone considering me as a target. Guess I am bringing that up a few too many notches when faced with an imminent threat now;) Need to learn to dial it back to passive sheep when a gun is pointed in my face!

I don’t remember much from the old knife fighting techniques, but the one thing I remember is “Prepare to be cut.”

I’ll avoid a knife fight at any cost. Sounds stupid, but I’d almost rather be in a gunfight than a knife fight.

Based on the number of times I’ve been hit by my instructors foam “blade” when I don’t do everything just right I think I would agree with your assessment.

I’ll have to get some formal knife training at some point to see how that might change my thinking, but right now if faced with a knife attack at close range my first focus is getting control of the bad guy’s knife before he can poke me full of holes while I waste time trying to get to my own knife or firearm.

I personally witnessed how well-placed knife wounds could kill.

Carry a cane, even if you don’t need one. It’s always in your hand and can be used for blocking, striking, hooking and and pushing.

Can see how it would help keep some distance! I have a machete in the back of my vehicle for clearing brush from the road and making kindling for camp fires. Would likely feel a little more comfortable taking that to a knife fight:) But would probably draw some unwanted attention walking down the street with it.

I personally witnessed how well-placed knife wounds could kill.

I have fortunately never been exposed to that in person. Some of the videos I have seen were quite gruesome though. In a couple of them it took the person several minutes to realize they had been fatally stabbed.

My focus would be on controlling my breathing while I run away.

Or at least get enough distance that my firearm has the clear advantage. People think guns always trump knives, but that’s not necessarily true at close range.

Some ideas for a gun vs knife at close range.

That is a training bias as you mentally know you are in a “safe” environment. Being aware of that will help, along with your trainer’s observation and advice. Sounds like good training.

That is a training bias as you mentally know you are in a “safe” environment.

I am consciously aware that I am safe but his attacks are often fast and aggressive enough to trigger some natural fight or flight responses. It is definitely disconcerting when I get jabbed with the fake blade or miss a grab on the firearm. He is very good in the scenarios at letting the action continue even if I miss the proper move so I learn to keep on fighting. Though he does let me win often enough to build confidence in my skills.

My focus would be on controlling my breathing while I run away.

I am definitely being faced by a stronger and faster opponent in every scenario! He also is either starting out near me or charging from inside 20’. Running away or drawing before contact is unfortunately not an option in these scenarios.

Some of my upcoming lessons will be specifically focused on me getting to my weapon without him being able to take it or stab me before I can. I suspect that in many cases I won’t be able to safely draw until after I disrupt his attack and get him off balance enough to buy some time and space.

We have put lip stick on the blade of the practice knives, believe me, you’ll get cut. For me, it’s timing, get the knife under control as soon as possible. I personally attack the knife and continue attacking the knife until I have control of it. We tell our students, if he pulls a knife, RUN, his range is about 3 feet (arms length). Ignore the 21 foot thing he’s probably closer than that already.

In my prime with a pistol I could draw from concealment and get two shots on target in 1.5 seconds. But that would most likely result in at best a tie from 21’. In this case a tie is likely to end badly for both sides and as you and @BRUCE26 ’s video point out most knife fights are likely to be starting closer than that. Not to mention I need a lot of practice to get back to my prime.

I’m all for running if I’m on my own and see a viable escape route or have my firearm and can draw while running. But I am not as fast as I used to be and that is much less of an option if I’m with my family. Think I would be more likely to have them run and try to buy them time to get away.

My coach also emphasizes getting control of the knife (or gun) first. Though if there is an opening to strike while controlling he says taking it is an option. For a knife his technique is to block the attacking arm and immediately control the arm and work your way back down to the knife for the takeaway. He also says expect to get cut.

My biggest issue is getting the reps in. One short lesson a week is not making my responses automatic yet. Though my decision making has gotten noticeably faster and I commit to the movements quicker. I just need a lot more practice!

Sounds like your coach teaches the same stuff we teach.

In the words of our BJJ black belt “Drillers make Killers”.

my first focus is getting control of the bad guy’s knife before he can poke me full of holes while I waste time trying to get to my own knife or firearm.

No person with an ounce of knife training is going to use the knife to stab with. Main reason; your muscles tend to clench up around a stab wound and you will lose your knife. Knives kill with their edge. That’s the way I was trained for many, many years.

2 options that are useful.

One final thing, if you are in a serious knife fight. YOU ARE GOING TO GET CUT. Be prepared for that. Once the blood starts you are on a timer

We tell our students, if he pulls a knife, RUN, his range is about 3 feet (arms length). Ignore the 21 foot thing he’s probably closer than that already.

Most knife fighters are not going to pull their knives until they are on top of you.

Personally, at CQB range I would prefer a knife to a gun.

Most knife fighters are not going to pull their knives until they are on top of you.

If we’re talking angry girlfriend stabbing me in my sleep or stealthy ninja slitting my throat, I’ve already lost. I can’t defend against something I can’t see coming. E tu, Brute?

On the other hand, if we’re talking gang member / meth head swinging a knife around and threatening to gut me because he thinks I dissed him, then yes, I can trade distance for time.