@Dawn Thank you. We have enough sensationalist headlines, fake news and panic induced comments, we do not need that in our little community. Lets keep it straight.

You are correct in that wording matters. Legal terms may vary slightly from state to state, but generally theft is stealing something with no person involved.

Burglary is generally entering without permission. Like burglaring a home when there is no one there. When someone IS home now thats a home invasion and a totally different situation. Same with a car, if you steal it when no one is in it thats one thing, but if there are people inside the car thats totally different.

Differences Between Theft, Burglary, and Robbery

Although these crimes share some similarities, they all have key factors that separate them. Learn about the types and consequences of each.

So here’s a question, @Sheepdog556, and everyone else:

Let’s say that my car is parked in my driveway all snug for the night. In the wee hours of the overnight a pair of well-known local jack-a-napes quietly break into said car and make off with my stereo, sunglasses, and secret stash of Oreo’s. Being a forward thinking, well prepared fellow, all of this is recorded by my perfectly placed HD security cameras. The footage clearly presents the faces of the scofflaws for certain identification. Too add icing on this criminal cake, the security camera footage from a local pawnshop clearly shows the same two ne’er-do-wells offer up their ill gotten loot (sans Oreos) in exchange for ready cash.

Open and shut, slam dunk, Bob’s your uncle, right? Except the Philadelphia authorities have stated they will “delay” making an arrest for this class of crime.

Here’s the question: Once the emergency situation has resolved and we’re all back to business as usual, once the evidence is presented will they bother to make the arrest? For a non-violent, relatively minor crime of low dollar impact which was likely covered by insurance? Or is this policy a de facto “free pass” to petty criminals under their jurisdiction?

I’m sure they will get a pass. It’s already been proven that they are more concerned with making felons out of gun owners instead of going after the real problem.

I agree with your point. I doubt they will out much effort into these “petty” crimes. My concern is what these petty crimes will grow into.

In the emergency situation, loss of transportation, or theft of food or medication from the car may turn out very very dangerous for the victim.

Just my 2 cents - I am hold up in the house, my truck is on camera. In Palm Bay Fl. we are having some - not a lot of daytime break ins. My thoughts are as long as they stay outside they are good. If they come into the house I will have to introduce them to my little friend. Mike T.

It sure was nice of them to include a list of what crimes were going to be ignored by police.

Stuff defense as you call it, can be justification in some states where the car is similar to castle doctrine

It was rhetorical hyperbole. not ment to incite panic, but to cautionary. It clearly didn’t come across right. Mea Cupla!

Sadly it be low (no) priority. Especially if there were no bodily harm.

Remember, it would not be the fault of LE, they do what the higher ups tell them to do.

Very true that each state and each persons Morales are gonna dictate how each scenario will play out. As a general rule of thumb stuff defense isn’t justified in taking a life.

I concur with it not being justified in most cases. Waking up and someone being in your house though would be, regardless. 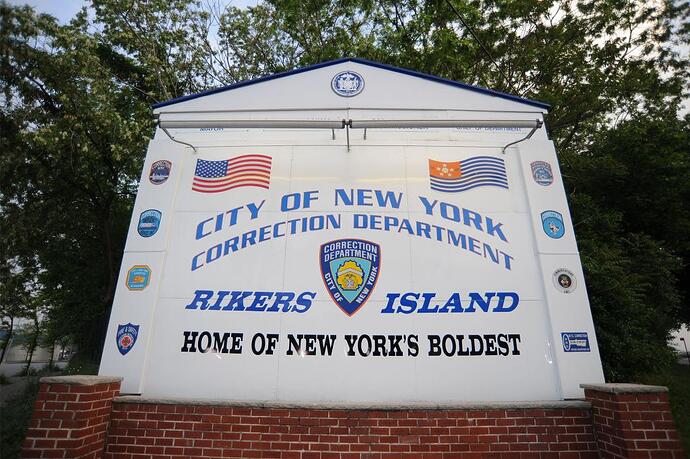 The city is considering freeing jailed suspects over the coronavirus, Mayor Bill de Blasio said Tuesday — a move backed by the city Board of Correction and Manhattan and Brooklyn DAs. City of… 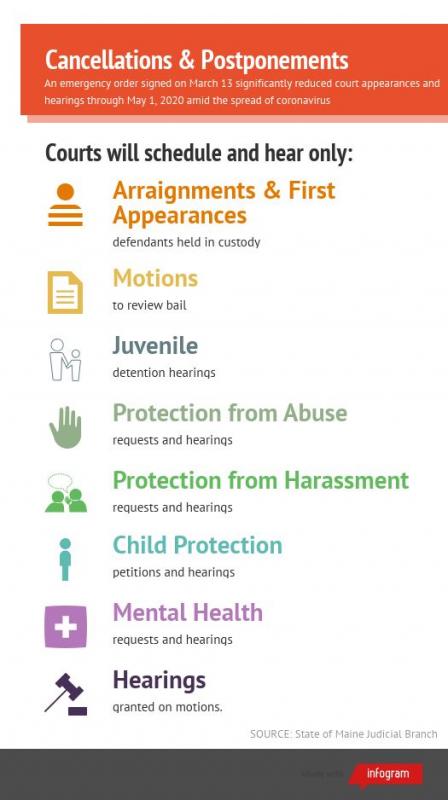 AUGUSTA — Maine is reducing its jail population as the state aims to avoid potential exposure of staff and inmates to COVID-19, the illness widely known as coronavirus, inside its locked facilities. Maine’s judicial branch cancelled or postponed... 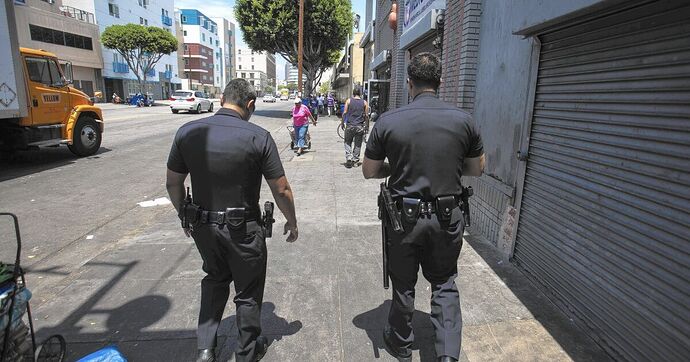 Arrests by LAPD and Sheriff's Department drop amid coronavirus outbreak

Experts predict crime to stay low as communities hunker down to stop the spread of coronavirus. 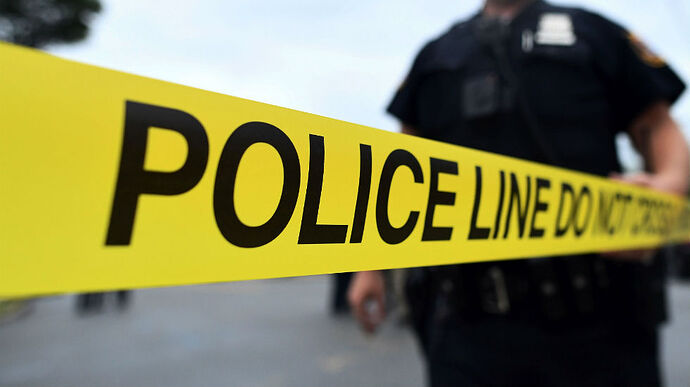 Several police departments across the country are asking criminals in tongue-in-cheek social media posts to stop illegal activity during the coronavirus pandemic. Police in Ohio, Wisconsi… 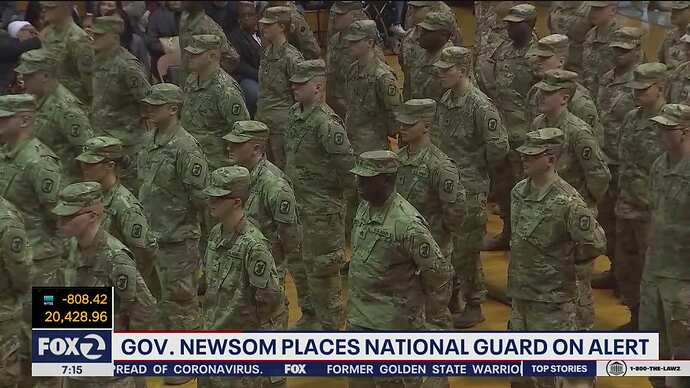 Newsom also acknowledged much is unknown and so the state is preparing for frightening worst-case scenarios.

FYI, it says “Marshall Law a possibility”, along with suspension of civil liberties.

Someone breaking into an occupied home is a completely different discussion than someone stealing a radio out of a car. 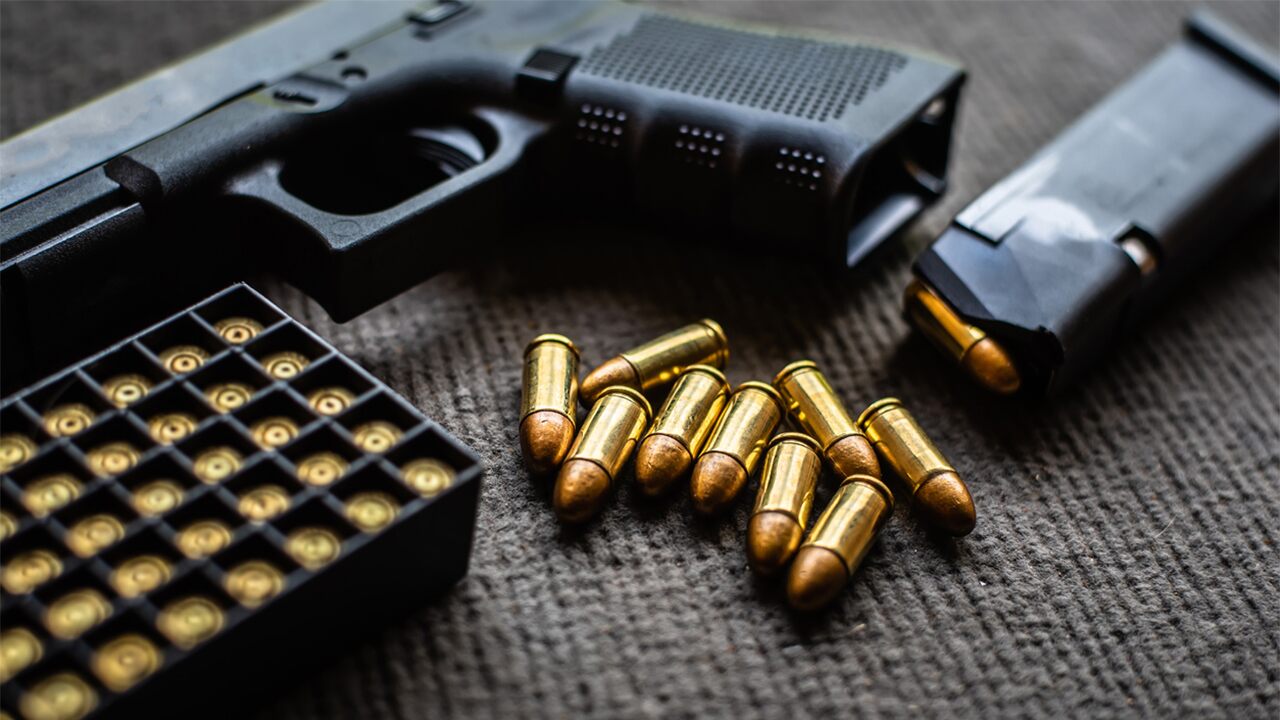 Baltimore mayor: Amid coronavirus crisis, criminals should 'put down the guns'

The mayor of Baltimore is urging criminals to "put down the guns" following a streetcorner shooting that wounded seven people and as the country grapples with the coronavirus pandemic. 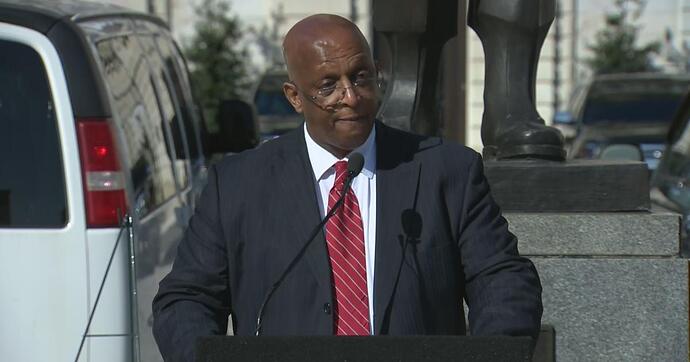 Baltimore Mayor Begs Residents To Stop Shooting Each Other So Hospital Beds...

Baltimore Mayor Jack Young urged residents to put down their guns and heed orders to stay home after multiple people were shot Tuesday night amidst the coronavirus pandemic.