On the Jury - Claimed Self Defense

I spent the last week sitting on a jury for a case that hinged on Self Defense.

Basically, there was a party attended by a lot of people, during the party a guy punches another guy in the face. The guy that got punched in the face did not respond he just walks away from the party. His friend, looking around the party for his buddy finds out he got hit in the face and left on foot. The friend goes after his buddy and finds him a short distance away. They go back to the where the party had just ended. The guy that got punched wanted to get in his friends car and leave but his friend, for some reason decides to go knock on the door to talk to the guy that hit his friend. When the puncher opens the door there is a short conversation, the guy backs off the steps and lights the guy in the house up, fires 8 shots hitting the guy 3 or 4 times. He sustains terrible injuries and almost dies. The shooter claimed that when the door came open the guy challenged him and rushed him with a knife. The evidence didn’t support that because he ended up laying, bleeding on the porch and the casing were out in the yard, 6-8 feet from where the guy fell. The knife in evidence was found by the EMT’s, unopened, clipped inside of the victims waist band, it didn’t appear that he had pulled it out.

The thing that convinced me of guilt was the fact he had left and then returned to the home, pulled a gun, and shot the guy on his front porch. To me, if anyone was in a self defense position it was the home owner. He had a guy at his door in the wee hours of the morning and he knew why the guy was there (he had punched his buddy in the face).

Sitting on this jury, seeing all of the evidence, photos, the first cop on site body cam, pictures from the hospital and then the victim came into the court room with a cane. All I could say is WOW, this is crazy. I do want to add this one thing, a 9mm hollow point at close range is devastating, the amount of damage these three or four round caused was shocking to me.

I learned a lot about what goes on in the jury deliberation. All I can say is, everyone sees it different. Some said they thought he went back for revenge, others say he went back to apologize. Some were very experienced with fire arms, others we had to explain how all of the brass got grouped and where the shooter and victim were standing. There was one unspent round and 8 casings located at the scene, we had to explain to them how the guy racked his gun to expel a live round before he stared shooting and why that one was closer to the victim than the other 8 empties. A door bell cam captured the sound of the shots, it was about 3 seconds to get off 8 shots. Some on the jury couldn’t fathom have you can get that many round off so fast.

This whole thing, 3 days in the court room and several hours in deliberation was very emotional for all of us, on one hand you don’t want to send a 20 year old kid up the river, on the other hand the evidence proved we had to find him guilty.

If you get the opportunity to actually sit on a jury, Take It. It’s fascinating watching how the prosecution builds a case and how the defense paints an entirely different picture. Seeing how the jurors all see it from differing points of view. It was very emotional when the verdict is delivered, family member reactions and frankly the emotions of the jurors.

This was very enlightening to me.

Thanks for sharing @Mike164!

Wow… it like live version of “Bull” - CBS series. Thanks for sharing.

If you get the opportunity to actually sit on a jury

The closest I got to sit and the only time I actually entered the courtroom, it was a domestic violence case where a man discharged a firearm in a quarrel with his girlfriend. The accused caught me staring at him. He whispered to his lawyer and I was immediately excused.

For the case below, I was one of many—50-100 or more?—who received questionnaires during screening.Questions include, “do you own firearms?” and my thoughts on immigration.
I didn’t get picked. 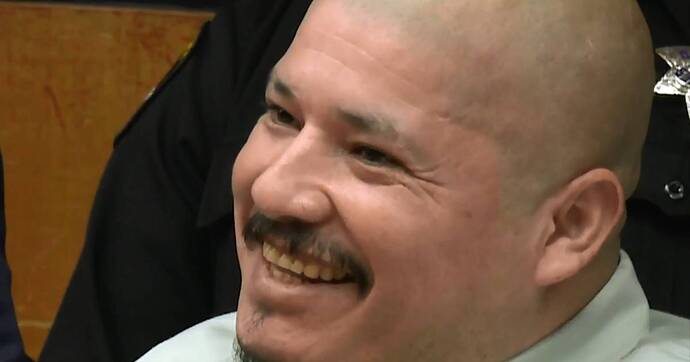 Undocumented immigrant accused of murdering two deputies vows to break out of...

A man accused of murdering a pair of deputies laughed through the opening day of his trial and vowed to escape prison to kill again.

A good story!
I’d love to be on a jury, I’ve had to go in half a dozen times but my number never came up.

The guy who went to the other guys house to talk/apologize/revenge NEVER should have gone there. Conflict avoidance. Either forget it happened, stay away from the dude, or call LE and file an assault report. I know this could happen at any age group but when you said “… 20 year old …” that explained a lot.

Just a note, the prosecution can distort critical information just as a defense attorney/team can. You being on the jury see/hear all the evidence and make an educated (hopefully not emotional) decision based on this evidence. It’s upsetting when people/politicians not on this jury make prejudgment comments about it. Even before they have to “step their comments back” it makes them look stupid.

What a mess. I will use excerpts of this story in class, thanks for sharing.

I have been called up for Jury 3 times and actually sat 2. It is an education for sure.