“Nothing that we have done has taken away or intends to take away people’s lawful right to possess firearms and possess legal ammunition. What we’re trying to do is keep folks safe,” why do I feel as if he’s lying about it, a polititian wouldn’t lie would he? 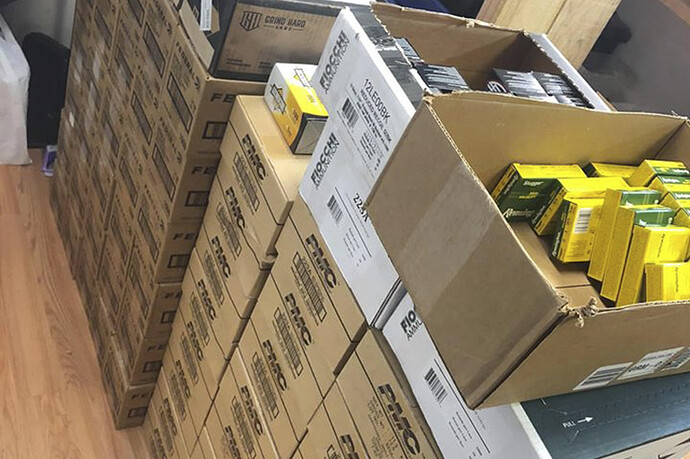 Santucci: When Talking About Enacting More Gun Control Laws...'What About the...

◀Previous Post Next Post▶ Time and time again, in the wake of a mass shooting it’s revealed that the shooter was carrying enough weaponry to kill everyone inside a school, movie theater, grocery store or even a full-sized mall. It’s not...

For a fact not ONE weapons law has ever worked,and it is not the WEAPONS FAULT ,it is the crazy idiot that is controlling the weapons and the bullets,and basically the mass shootings are a mental problem,and people knew about the problems and never reported or if they did,the system failed to do any thing,that is my thoughts and why I carry 24/7 and always think the what if scenario

Whatever happened to, fool me once, shame on me, fool me twice, shame on you?
Maybe it’s time to fight fire with fire. They have be relentless in their lies, coming straight from the podium. A falsehood here and there, a white lie, is fair! But to live the lies, and trying to convince intelligent people, that islands will capsize, triple masking is good for you and that razing a city to the ground is…peaceful?!?
This administration ranks up there with Charles Ponzi!
Even Watergate was solved, we are powerless to solve the trillions of lies spoken today!
Am I saying we start lying, well, absolutely nothing else has worked, clearly it works well for them. Yes, I was taught, two wrongs don’t make a right!
This administration has convinced me it’s worth giving it a try!
They live by the code, if you tell a lie often and long enough it becomes truth!
How do you combat that, when the liars in chief are committed to their lies! It’s almost impossible to teach right from wrong!

I find getting to the root of a problem usually is the best approach. If they were easy to fix they wouldn’t be problems. Taking the moral high ground seem like a more rational approach.

They buried us as we rationally approached the high ground!
Time to dig under and attack from below! Stop the threat!

I found the root of the problem, now what? 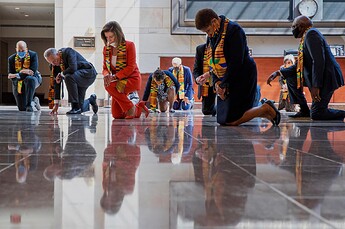 I think you need to dig a little deeper and when you get to the bottom pull it out. You will know you are at the bottom when you have a good feeling in your heart and you know what you are do is what is best for all.

You have an interesting outlook on most of your posts. However, we as a society went too deep!
Like daddy said, when you’re in a whole, stop digging!
Law and order and free speech are what keeps society, civil! Many cities, sadly, are beyond civility! Some are beyond repair!
We know the root and where to find it! Yes, we need to RIP it out!

If we are at the root it would be easier to rip out. People are not the root it is the underlying problem these people have that is the root.

We know the who, what and where. The why ( psych 101 ) is not required. You don’t always need the motive to solve a crime! Means and opportunity will suffice!

Like daddy said, when you’re in a whole, stop digging!

I wouldn’t tell you not to do something your daddy said but we are not in a hole. The people in the pic are in the hole. The compassionate thing to do is to reach down and pull them out but they are afraid of us. They can not hurt us it is their fear that will hurt them. If we feel they are the problem. To me that feeling is like a fear that will hurt us.

To me that feeling is like a fear that will hurt us.

As will a trip on a New York subway! That’s their fear being projected onto us. The people on the streets of San Francisco are in a hole, some of them, did not dig! That’s my fellow man/woman on the streets of despair due to the direct policies of this administration!
Those people in the picture are living high on the hog at our expense! If I’m going to pull them out, it will be by the short hairs!
Fear has not entered my tribe, but it’s sitting to close for comfort!

We it comes to policies I am only concerned on judging whether the policies are good or bad not the people who made them.
They say a picture is worth a thousand words looking at that pic I don’t think it would matter to them how you pulled them out.

They say a picture is worth a thousand words

They say opinions are like armpits…
My opinion is if the people in the photo were sincere, then that photo wouldn’t exist.

We it comes to policies I am only concerned on judging whether the policies are good or bad not the people who made them.

The policies that make us whole again. The ones that lead us to a greater good.

Policies that make us whole again don’t need to be judged. The policies that are destroying a country, it’s people and society!
Law and order policies, economical policies, foreign policies, need I go on? All the current policies are corrupt, there isn’t a single good policy out there!

The policies that are destroying a country, it’s people and society!

My father-in-law RIP used to say the fastest way to destroy a place is to populate it.
We don’t notice the good policies because they don’t bother us until someone doesn’t follow them. I don’t think there is a policy that everyone agrees with.

Which policies are those?