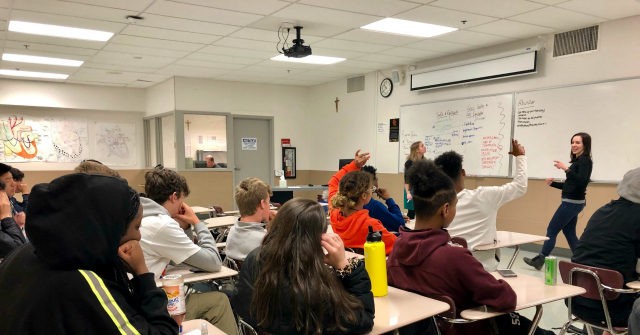 North Carolina's Madison County School District has put an AR-15 in a safe in every school in the county so the guns can be accessed for classroom defense in case of attack.

Watch the series of videos Active Shooter Interdiction with Ed Monk on
Active Self Protection Extra channel
and you might reach the conclusion that a rifle in a safe in the front office is well intentioned, but may not be truly helpful in minimizing casualties in an active shooter incident. Ed addresses the situation in his classes.

After the Ma’alot Massacre in 1974, Israel implemented school security.

There have been no school shootings in Israel since.

There really is no reason we could not do the same thing. But, we won’t… because the anti-gun nuts WANT the school shootings to continue to fuel their anti-gun agenda.

But it might be enough of a deterrent for the next weakling to not attempt evil at that location!

And, the flip side of it may not be helpful, is that it also may be helpful.

I’d wager that a teacher/faculty/staff able to respond, armed, from within the school, would be faster than the response in TX recently.

They are already there, after all

It signals a big change in attitudes of teachers and school administartors, and thats single most important thing.

I’d wager that a teacher/faculty/staff able to respond, armed, from within the school, would be faster than the response in TX recently.

I would be interested in learning who and how many have access to the safe (combination or preferably bio) and who all is “designated” to grab the gun and run into the sound of gunshots. Even if teachers are on the access list, most of them will of necessity be either sheltering and blockading their classrooms or guiding the students out of the building if possible.
The next aspect would be how quickly can an authorized protector get to the safe, open it, load the gun, and get to a far end of the building (most likely the cafeteria)? Detailed statistics of mass shootings over the past 18 years is that without immediate response the shooter creates casualties at roughly one every ten seconds.
As to the very existence of these safe-stored rifles might dissuade attackers, how widely and how often will their existence be publicized?
If nut cases do not know about them, there is no deterrence

All great questions. What answers would you like to hear if you were security expert invited to assess their plans, what is optimal?

What answers would you like to hear if you were security expert invited to assess their plans, what is optimal?

I am not an expert, so I defer to Ed Monk, who is one of the few national experts on minimizing casualties once an incident starts. His optimal plan is to have as many legally armed people as possible willing and able to engage in the environment, whether it is church, school, or other environment. To see the facts, evidence, and logic to support that advice, please watch the set of videos I linked above.

Yes, as @Nathan57 suggested, staff retrieving a rifle from a safe would respond faster than LEOs following a 911 call. However, at an average casualty rate of one each 10 seconds, the 2 to 3 minutes of response with that rifle would mean 12 to 18 additional casualties after they initial gunshots are heard and recognized as such.

And what of something like the late 2012 school incident where the murderer entered through the front door? That may be optimal placement for that

If course, I still insist the first step is to simply get rid of the ban on carrying on schools. At most make it a shall issue permit within a constitutional carry state to be able to carry at a school

first step is to simply get rid of the ban on carrying on schools.

In my opinion we should put plain clothes security officers in every school. Let them CCW and then publicize the heck out of it.

Shootings would go down.

Since it is a security person training can be mandated for them.

I know there is more to it then that…but I would gladly pay more in taxes to fund something like that.

What use is just 1 AR locked in a safe,it shoule be each teacher that wants to carry should be able todo so and as long as they talke training as to the function of said weapon,and think about,the shots are being fired and are heard through out the school,and One person in the office is trying to remember the combination the the safe,get real there will be all kinds of screaming and would the person with the AR know where to go even,to me it would be useless.That is why I am always carrying and have one in the pipe and why I alwasy was carrying when I had to go to school for my kids and grand kids,and as always think a what if scenario

Don’t kill progress because it’s not yet perfect

In Uvalde, a few minutes passed between lockdown alarm and arrival of the shooter. If they had a rifle in a safe, they could have given him proper greeting.

That is also true,but if they would have alowed teachers to be armed wit good training ,then they could have stopped the tragedy earlier and with maybe no teachers or children hurt or dead,that is just my personal view