I understand your concerns. The suppressors are for my personal and home defense and shooting enjoyment . All other considerations are intently investigated before being put into practice. Like I said, the Odessa has not been released to me yet and all of my experience is with the Silencerco .22 Sparrow. It is because of the possitive impact this has had on my shooting that I decided to go for a 9mm suppressor. Another way of viewing the use of suppressors in the minds of the ignorant is to hear from the victoms of indoor shootings if and when the good guy(s) employed a suppressor. As to the use of suppressors, I would have to address the critics as to why we demand mufflers on automobiles and how that use has allowed drunk or road raged drivers to kill more people. It’s a stupid and arrogant stance no matter what forum this debate occurs in.

It is the expressing, candidly, of ideas in a public forum that we can consider all options when entering new territory in the uses of firearms. I appreciate your candor. All my mentors were valued based on their candor. I am alive today because of it. So, thanks again.
bob 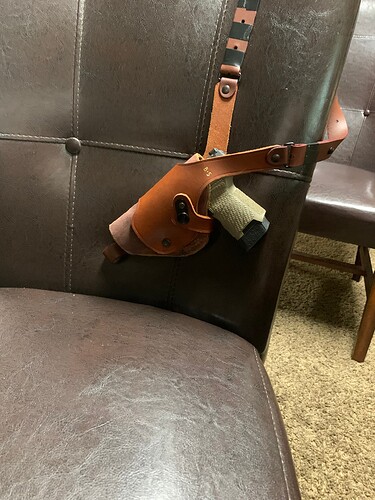 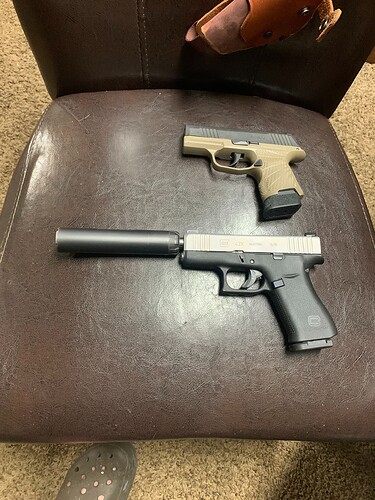 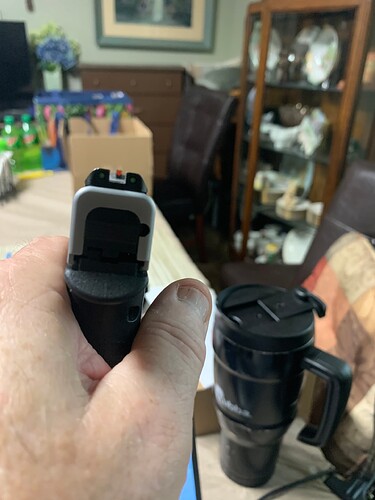 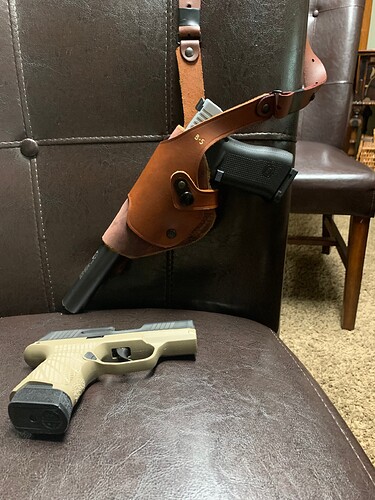 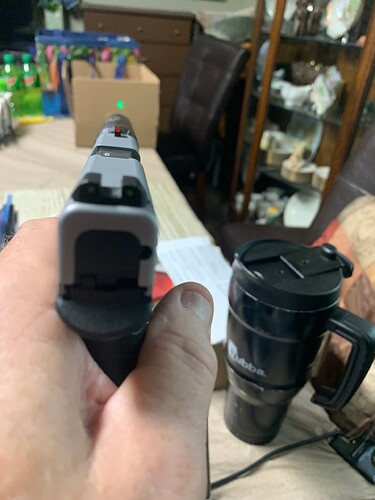 IMG-19371920×2560 207 KB
I added a holster sleeve with a longer barrel channel to my Craft Roto holster to cover up the area where the muzzle meets the suppressor to remove any chance of snagging. The snap on the holster is for keeping the holster vertcal until I draw and the unsnapping causes the holster to shift to horizontal for drawing.

You can see how the laser is unobstructed by the suppressor. I attached the SIlencerco Sparrow to my 9mm for demonstration purposes only. The Sparrow is .1 inch larger in outside diameter than the Odessa 9 and it did not interfere with the Laser Max guide rod laser in my 43X. Now all I gotta do is become very effecient with it.

Thanks. I never used a shoulder holster before. However, carrying a suppressed sidearm is a unique experience and shooting with a suppressor will spoil any pistolero. My Walther PPK/S loves it and I love the combo. Do you own a suppressor?

Honestly, I can’t think of a reason I would deliberately choose a 115 grn jhp. After watching the Super Vel 115 jhp gel test on YouTube, I would not refuse to purchase and use 115 jhp subsonic if I needed ammo quick and that was all there was available. However, if you found 115 grn ammo then the likelihood of 124 ammo is also there. If you could guarantee that the thickest structure I would shoot through was regular denim fabric to reach a soft skin threat, then the Super Vel is a viable option. However, something greater than plasterboard say a car window and that soft skin attacker just might win the day. Sorry, I ain’t that big of a risk taker.

Yes, several times. Getting better each and every draw. Funny how practice and skill conquers the imposible. Whoever said that would be all there was?

How many people do you know yhat carry an EDC on their waist and a backup on their ankle or on some other parts of their person? Why not a CC shoulder Holster that actually works well and a IWB or pocket EDC? Ain’t it up to each responsible and “protector” gun owner? We haven’t talked environments, purpose for carrying, personal experience and skill level, personality traits, personal preferences, etc…