You need to catch up. BLM leaders themselves will tell you, and brag about their Marxist training. ANTIFA is Marxist and in America. Many many books now on their movement. Washington and Lee University now teaches a class on “how to take over a country” (Marxism). DeBlasio real name Warren Wilhelm spent time with the Sandanista’s and brought back those ideas to the US. Of course you know the 21 rules of Marxism. Obviously they are going by the book. 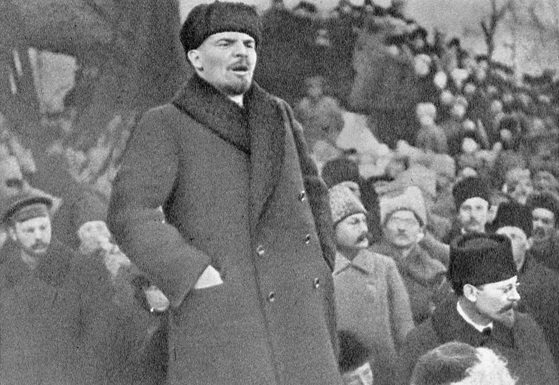 Since George Floyd’s death, events seem to be spiraling out of control. For weeks, Americans were bombarded, almost on a daily basis, with reports of large protests in major cities, accompanied by rioting, looting, burning, assaults, and even m... 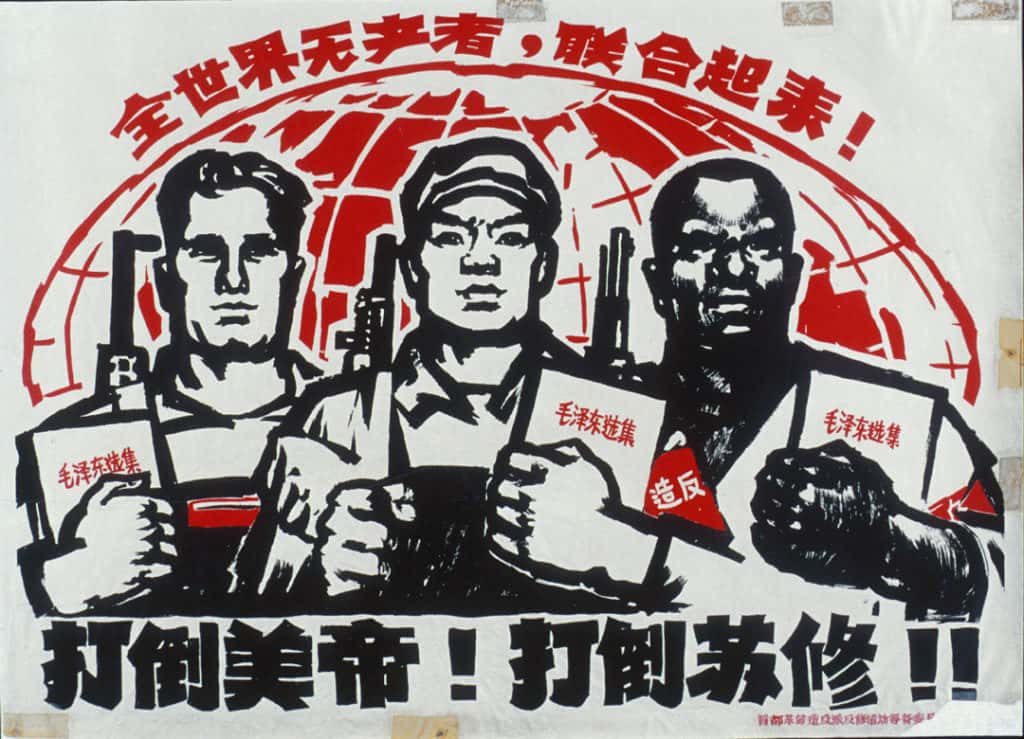 An Englishman looks at the Soviet origins of political correctness.

Remember the 21 steps. Indoctrinate schools to the Marxist Program and censor and free speech opposing?
Virginia School Board Weighs Speech Code that Would Prohibit Criticism of Equity Plan
Teachers’ union concerned the code will stifle speech

I was mistaken. And it seems hard to imagine how this can be a useful thing. Marxist History is wrong, that is not how societies evolve.

that is not how societies evolve.

These people do not want evolution, they want revolution. This Summer, and the past 4+ years makes that quite evident. Assaulting innocent people, including children and the elderly while the police stand back and watch. No, I will not agree with any party or movement that not only condones violence, but tells us it will continue even after they are elected.

I was mistaken, there are people calling themselves Marxists. But the data referenced herein is specious. I won’t ever believe anything that comes out of the tabloid New York Post. And the other 2 references are hardly any better. Packaged propaganda demonizing the enemy. Saying that people are doing things is not the same as them actually doing those things.

It is very unlikely that the people calling themselves Marxist are actually Marxist. One would have to be very, very stupid to think that Marxist revolution can obtain today, in the USA.

Bring it back on topic here everyone. Here’s the opening question for a reminder:

Are militias legal? What say you? This is just an opinion dialog.

The reason I ask is I saw a member of another group has a couple of statements attached to his profile that includes “join your local militia”.

Seems to be both legal and necessary.

At some point, patriots will have to realize that our current government will not stand up for their rights. When that fact hits them between the eyes, the fallback position is to stand up for yourself. As individuals, we are way too small. I have no way to know when that will occur, but I believe it will occur.

At some point, patriots will have to realize that our current government will not stand up for their rights.

I believe the framers understood this, which is why they placed strict limits on government power and established independent branches to check the powers of the other two. The United States didn’t guard those limits as well as we should have.

Because our government officials are for sale to the highest bidder. What I have noticed over the years, most people spend no time actually paying attention to government actions unless it affects the personally.

Because our government officials are for sale to the highest bidder.

Ha ha… yes, but infrastructure projects are, by law, given to the lowest bidder. Kind of humbling to know where we are in the order of things, isn’t it.

I never knew alot about militias but I watched a documentary about the Missouri 51st (I think that’s the name). It looked legit.
I think the militia is a Constitutional entity. I’m sure there’s a militia around here somewhere. I’ve heard talk of a Tarheel Militia but that’s about it…

How well regulated are private militias? Under whose authority do they operate? Under what legal system and laws are they (and the troops) governed?
How is Leadership held accountable?
How is an ongoing need for materiel support being obtained/ maintained?
Lots of questions,
Not many answers.

A militia is simply a group of citizens who have chosen to stand up to defend their rights and freedoms. They will exist BECAUSE no government entity supports them or their desire to keep their God-given rights.
We need to remember that the 2A was put in place because government cannot be trusted to serve the people. It will serve itself in the end. The militia is SUPPOSED TO BE the threat that reigns in the government. When the threat doesn’t work, that is when things explode.

THERE ARE NO GUARDRAILS ON THE LEFT - American Partisan

America is entering a very terrible period in its history at an accelerating pace, now that the Left has taken control of all the critical reins of power in the government, the mainstream media, social media, and big tech. Unfortunately, history...

Fielding any well regulated military organization is not “simple.”
It takes qualities and skills that exceed the ordinary.
The founding fathers well knew that during the Revolutionary War. It took discipline, leadership and materiel to turn the tide. How that was realized is the stuff of History.

What ever the logistics might be the Supreme Court cut to the base of the Second amendment when they affirmed that it applied to the private citizen. Without an armed populace there is no possibility of forming a militia. The point is not how difficult the militia might be to supply ,it is its right to exist.

As far as their training goes how many veterans join the ranks of private citizen every week. I can remember one of the tasks my unit had was to train both National Guard and Enlisted Reserve troops. Those that have served in combat also know how gorilla warfare works. These would be ideal for calling up a militia. Not the point some are trying to make but I can assure everyone that it is disconcerting when you don’t know who the person sitting in the coffee shop is , friend or foe.

The point is militias have a place in US history and in the Constitution. And these words still are disconcerting, “I am from the government and I am here to help.”

A well regulated militia is not synonymous with a private militia,

Some context: in the late 18th century, when the 2nd Amendment was passed, militias were the primary means of national defense in the United States. There was a small professional army after the Revolution, but mostly just enough to guard the armories. The U.S. Army wouldn’t be rebuild until Congress realized the Native Nations could repeatedly and reliably whup militia butts.

The militias were mostly local. Every town had their own militia, and every able bodied male was expected to participate. Remember at the time that the U.S. was still a new country, and had to protect a very large, lightly populated area from European powers and their American colonies, pirates, outlaw gangs, and powerful Native Nations. No village could rely on the small U.S. Army marching by foot across the continent to their defense.

But militias weren’t private institutions, either. They had elected officers and reported to their towns and their states. Militia actions beyond immediate self-defense had to be authorized. A militia from Virginia couldn’t just march over the Appalachians and attack another village, they had to get permission from the governor, whether that be the Royal Governor (think Lord Dunmore’s War) or the elected Governor of the State of Virginia post-revolution. A private militia acting on its own would basically be a band of outlaws without legal protection should something go wrong. Think of it like the difference between Privateers and Pirates. They’re the same basic thing, but one has the legal backing of a nation.

From that perspective, even today, I’d shy away from a “private militia.” We actually do have private armies (i.e. Blackwater), but they have no legal backing unless they’re contracted by a legitimate government.

Maybe all true but none the less 23 to 25 states have Militias only responsible to the chief officer of the state. The Militia can’t be drafted by the federal government, though a individual could. So yes they are legal, and yes they are worth looking into. And if, as Jefferson suggested, a time comes when we must resist a oppressive government they could be our only choice. The answer is still the same. We have them and they have a place constitutionally.

How different are they from a Neighborhood watch or even a city sponsored citizens patrol? Who knows but we don’t have to same disdain for those groups as we seem to have for people forming groups to help in times of emergencies?

So my answer is still the same, yes they are legal and yes they may be worth joining. They remind me of those places that have all volunteer fire departments. Maybe even a Mounted search and rescue posse that shows up when someone gets lost in the woods, desert or mountain? They aren’t mandated to show up.

In practice, there might not be much difference between a self-proclaimed militia and an organized neighborhood watch. But if my neighborhood watch suddenly declared itself a militia and started recruiting, I’d probably stop participating. To me, that would be a signal that they’ve lost sight of their purpose.

I’m not saying militias are illegal. I’m saying that I would not associate with a private militia with no commission or oversight. That’s just me. I also wouldn’t attend a church with no denomination or buy a car with no brand. Some folks are comfortable with those, but I’m not.

Some of us remember the beginning of the neighborhood watch movement. The pioneers of that movement were also looked at with suspicion and scorn (town by town…neighborhood by neighborhood) when they first showed up. We have extensive volunteer units with our sheriff’s office here: marine, mounted, 4x4, courtesy patrols (unarmed), etc. Most are retired military and LE folks. All get FEMA certs, etc. I grew up in a couple of those towns with all volunteer fire departments. We also had more “reserve” cops than we did full-time cops. And I remember the sheriffs summoning volunteers to a rally point at a specific time for posses for searches. They used the local radio station to get the word out quickly. Then they drove around to the places where large groups of teenage and adult males could be found: high school, baseball practice, feed stores, churches if it was Sunday or Wednesday, Legion and VFW halls. I volunteered a few times. 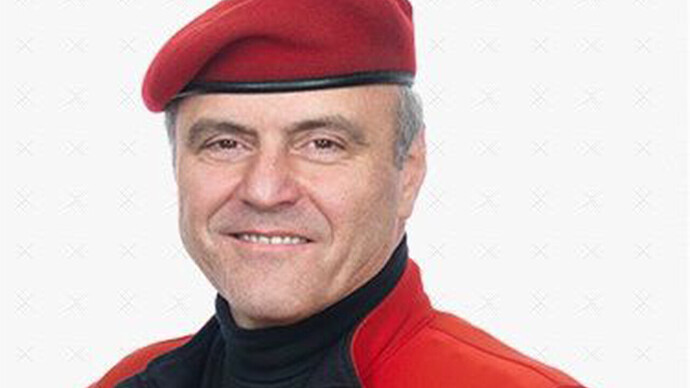 Why I risked my life to save NYC storefronts: Guardian Angels Founder

If you are a student of history you know this...

Isn’t the Cajun Navy basically a militia? I was going to bring up the Guardian Angels but you beat me to it.