Why is the Liberty is a no go for you? Not trying to sell you on anything – obviously the less you buy, the more left for me. Just curious.

If this was already mentioned in thread I apologize for missing it, but…what is the round’s penetration in calibrated ballistics gel?

Basically it’s penetration is poor. Every test I have seen with the Liberty has been poor. Might work on naked skinny attackers. If you are interested in ultra light hyper velocity ammo the fluted rounds make more sense however it will affect your POI.

Suggest you compare the gel demo protocol used by your local range vs. the FBI protocols (yes…there are more than one). Shooting into “plain” gel may be a valid comparison if you intended target is nude and has no rib cage. The FBI protocol places barrier material at the front of the gel. Some protocols call for a single layer (such as a flannel shirt), while other protocols add a “coat” (such as a wool P-coat). When comparing any form of test result it is critical to be oranges to oranges and not oranges to apples. I concur with the comments made regarding HST and Speer JHP and the very low probability of striking an innocent should you actually have a through-and-through. I would like to add Hornaday Critical Defense to the list of ammo.

Not sure exactly which bullet is being discussed, but LuckyGunner did test Liberty Ammunition Civil Defense 9mm - +P 50 Grain SCHP in their regular “heavy clothing” protocol. Less than 10" penetration, 53% retained weight, no significant expansion.

By conventional evaluation standards for personal defense ammo, it’s right down there at the bottom of the heap with some of the other lightweight “trick” products. Would not make my short list. Nor my desperation list. But if poor terminal ballistic performance is the highest priority, this could be the one.

The underweight “new mousetrap” bullet designs don’t seem to be getting much traction in professional markets. I don’t like how Gold Dots run in my guns, but with HST, FTX, and maybe others I see plenty of better choices.

Recently I found that few Members mentioned Liberty Ammo on several threads.
I don’t like messing with my SD ammo and decided to try their “Civil Trainer” rounds as they say it was equivalent to Liberty Defense Ammo.

It took me another 10 rds to get used to it. Eventually I found it pretty good… but under once condition - I shoot only this ammo.
I mixed it with regular 115gr FMJ in my magazine and every single 65gr round was either miss or linebraker (8" circle from 20 feet).
They say 65gr has no recoil… yes it doesn’t produce recoil… but with proper grip it felt exactly the same like shooting 115gr or 124gr. So no extra points here.
I found a huge muzzle flash running SIG365, nothing from 2011.

So is it bad ammo or good ammo? I would say, it depends. I cannot say bad, because it shoots as designed but I don’t want to stick with 65 gr and 2000 fps. I love the regular ammo and don’t see reason to switch to another type.

Anyway, that was a great experience and I encourage others to try this. If you decide to do so, buy 100 rds. It’s really fun to shoot this ammo.

I believe @Blacky posted a photo and the rounds are a 50 grain bullet at 2000 FPS which calculates to 444 ft/lbs energy. Sounds impressive but the calculation for energy uses velocity squared.

I personally prefer 147 grain offerings at 1000 FPS which are subsonic and not as loud for me.

Anyway, that was a great experience and I encourage others to try this. If you decide to do so, buy 100 rds. It’s really fun to shoot this ammo.

Thanks for sharing your results and detailing your findings. I haven’t been curious enough to spend the money and try them for myself. I prefer the heavy end of the spectrum and to me 115 grains is light and 90 grains is really light. 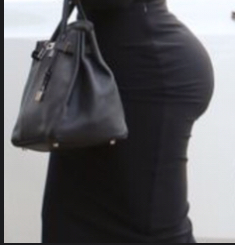 Is this the part of the head?

Yes. However, comparing the two photos, it’s more attractive when it’s covered by a black dress

@Levi2 @Jerzy >> as I understand it ; that is the new standard for penetration testing. 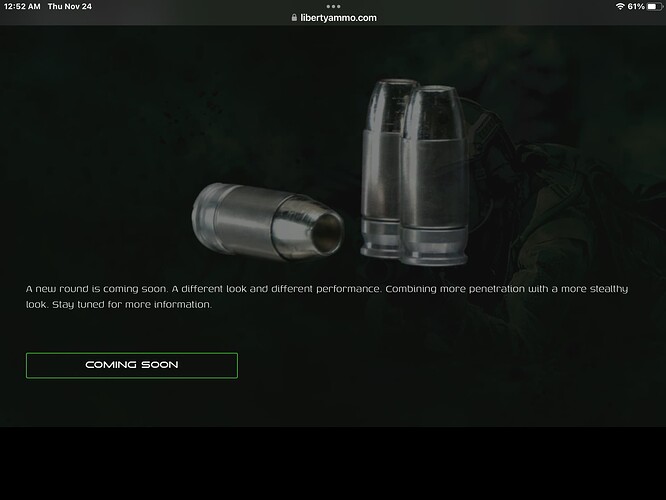 I don’t like new standards… I’m ok with existing ones.

I hope somebody who actually uses this ammo will give us some input, but I’m not going to change my old, good and tested rounds. Ammo is like handgun. I use what I’m comfortable with.

I’m old school also. The gel test were very good and, I wanted to try it for lower recoil.
To my surprise it felt like a push recoil rather than a snappy recoil, it was dead balls accurate.
** However the Liberty defense 38 special 50 grain bullet had poor gel result do to lower velocity ; same was true with the 38 special Hornady critical defense ( 90 grain reduced recoil ).

bottom line is shot placement & functionality.
PS: as long as we have Confidence and trust in our EDC & amo good to go IMO.

I have a box of Barnes that look identical to those😀

I have a pencil Boxes 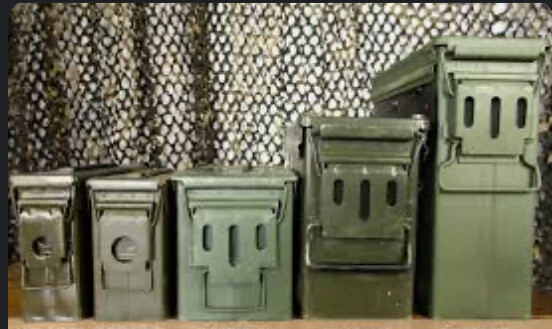