Judging Actions: A Threat That In Hindsight Wasn't A Threat

It’s not a new story, but I was coincidentally reading about 2018 Saheed Vassell incident in Brooklyn, NY, when the recent Teen fatally shot after pointing airsoft replica M14 rifle at police topic was posted. The videos and stills are pretty dramatic, and anyone experiencing Vassell’s behavior firsthand and in real time would be rightfully alarmed. Still, the usual anti-police/anti-gun crowd was quick to condemn the police for their actions.

The man was not mentally stable, and in hindsight the police didn’t need to shoot. Unfortunately, they didn’t have the opportunity to perform a psychological evaluation prior to taking down what they identified as a lethal threat.

Senator Kirsten Gillibrand, trying to make political hay, tweeted “Another unarmed black man and another tragedy…” yet I’m sure her personal security would have treated the perceived threat with a similar response.

Meanwhile the media lauded Saheel Vassell as a really nice guy, and a well known icon in the neighborhood, always willing to help.

What would be going through your mind, or any reasonable person’s if confronted with this?

If you appear to an average person to be threatening someone, most people would react the same. One shouldn’t point anything at another person, including a finger.

That particular moment when one feels threatened cannot be replicated. It’s there and then it’s gone.
How one reacts, I hate to second-guess.

This case had been well publicized. I’ll let you draw your own comparison and conclusion. Culture and politics do play a role in outcomes. 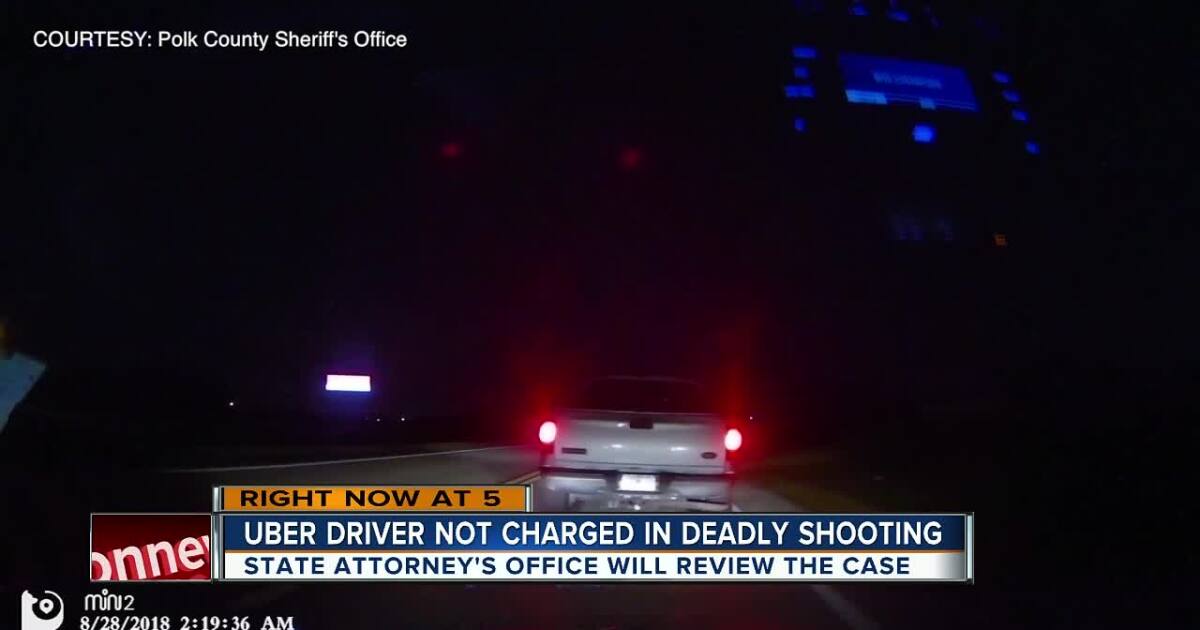 The Polk County Sheriff's Office is conducting a death investigation after an Uber driver shot and killed a man early Tuesday morning.

What would be going through your mind, or any reasonable person’s if confronted with this?

A bullet!
On the lighter side.
Nice form if he’s trying out for the New York City Ballet!
I always try to maintain my composure during a perceived hostile encounter! Never second guess a moron!
How much does hindsight count when you’re dead?

In that particular moment, unfortunately, you would never hear the shot.
This is what I call Modern Day Civil Unrest! Games being played out on streets and subways are coming to a front door near you!
Don’t second guess, IMHO.

I’ll hindsight a play on the field, but I’ll never hesitate if my life appears to be in split second danger.
However, unless I was paying real close attention to the street, (which I do diligently), I’m dead!

I don’t know about anyone else, but when I go to the supermarket, I get every license plate, I know how many people are sitting in their vehicle, which ones were running idle, how many had dogs, what type of apples they bought, are they left handed, what color are their shoes, tattoos, do the shades match the carpet? Do I live like this, yes, absolutely, I’ve trained myself in the art of perceived paranoia! I’m not paranoid, I’m the antipredator. I’m on the constant lookout for idiots like that, that are now aware that crime pays and I don’t give change.

Let us be serious, now filming crime is the new trend? I’m going to need a good explanation from Twikker and Fakebook on how this is acceptable to anyone with a pulse!
And in a roundabout way…
If they are going to try and sue Gun manufacturers, then the woman on the train should be able to sue Apple???, The Metro Station, the city of Philadelphia, the state of Pennsylvania and the current administration!
Is this how far mankind has come? Or is it just us? If it’s just us we should be able to fix it! I don’t have all the answers but we used to live in a civilized country!
In closing, there is no hindsight if you’re dead!