I was warned but, did I listen?

Upon going grocery shopping while I am hungry, which is never a good idea! Well, anyways, I went out to the vehicle and put my groceries in the back then got into the front with the goodies. As I was munching away minding my messy fingers my back door opened and I shouted," What the HELL?" The guy was as startled as I was as he figured out it was not his vehicle but still! What was I thinking about? I know it was the yummy sandwich and chips with my cold coca cola I was craving that shut my mind down and forgot to lock my doors. I have been warned and I have warned others that your car is a Transistional space, and you are vulnerable anytime you are in such places.
I know that I was lucky, and it could have been worse but, let this be another warning to you all out there. Lock your doors when you get into your car to secure yourself from people thinking it their car or those who are going to carjack you!

Lessons learned. We ALWAYS have to be ALERT and on GUARD everywhere that we are.

Call me paranoid but when I need to be inside the car in the parking lot, like when waiting for my wife to r kids, I position the two sun visor mirrors so that they complement the rear view and side mirrors, giving me as much visibility as possible of what’s around me.

And check the barrel, chamber (from the rear, not the business end), for that bullet that might have been racked, because the bullet is hidden inside the barrel and the dull colored back of the shell casing is all that’s visible.

Train your eye, mind, and look again, take your time.

If yours has an external “loaded” indicator, train to utilize it.

One is that no matter how vigilante we are everyone is going to be caught off guard on occasion. Good idea to have a backup plan for when our primary fails. Would the proper response to an intruder opening our back door have been drawing and turning and/or quickly getting out of the car to get in a better position? The response might change if the threat had a weapon pointed at us. In a sudden situation like this we are unlikely to respond quickly unless we have physically and mentally practiced. Think I have a new dryfire drill for this week:)

Second is that not everyone who violates your personal space is a threat. Especially in the sensory overloaded and distracted world we live in. Make sure our backup plans have proper threat assessment and identification built in to not over respond. Probably hand on weapon but not drawing until threat is positively identified is more prudent?

Third try our best to avoid lapses in vigilance so we don’t have to resort to our backup plans and trained responses:)

I did that last summer, opened a car door that I thought was my car. Luckily the guy didn’t put a gun in my face. I said sorry quickly, backed out and found my car.

I do the exact same thing. I don’t like having blind spots when I am sitting in one spot.

Glad this worked out for you. And your right , could have been real bad for you . Have to be aware of what is going on all the time. There was this crazy person who thought i was a easy target to hit sitting at a light with my window down. But charged over to my 4x4 and in his hand he had a big blade screaming at me, Get the ______ out of the car. Strange, he back up in a nano second when I pulled my 9 mm that was pointed at his center mass. He turned is back & ran screaming , I’m sorry as he ran away. And he was being stupid, but smart to tun & ran & understand this was a bad decision he had made. And I hope this will teach him not to try anything like this again. I’m glad I was able to take care for this threat with out shooting a round. 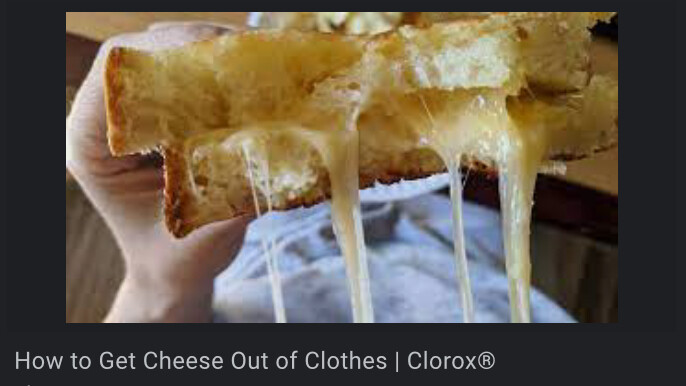 I also get a few “what the hell was I thinking” or “what am I doing” moments. Luckily, they’ve only served as reminders to keep staying vigilant.

The stories and reminders shared here are very helpful.

Like in the Road Runner cartoons when the coyote is poking stuck rocks over his head with a long pole?

The opposite occurred to me back in the early 90s. We went to Universal City in Southern CA and parked in a public garage. I later went back and using my brother’s key, opened the door to another similar looking car. I had gone back to grab something from the car but I forgot what it was. When I went inside, I sat in the rear seat where I had been seated on our way to Universal City from our home. Something didn’t seem right and I couldn’t find the item, but then I saw a small stack of business cards to a business or service that we also had in common. I thought that my brother hadn’t told me about that, so I continued looking for the item. But upon studying one of the cards carefully, I suddenly realized I was in the wrong car! The address belonged to someone in another city near there. We later found out that this had happened with owners of 80s Jaguar XJ series Sovereigns. The interior of that car and what I saw was pretty eerie. This could have easily been a plot for an action or mystery movie.

Bless you for saying that.

Thank you for sharing. I never let my guard down anywhere I am at. Before I get in my car, I already have my keys out, scan the area, enter vehicle and immediately lock the doors. I live in a somewhat safe community, but you never know if there’s a lunatic out there and the direction this country is going makes me more of a defensive person in public. I choose not be a victim and I increase situational awareness 24-7.

I have marked my own Jeep Grand Cherokee with orange target dots on the antenna, that way I can determine which Jeep is actually mine!

I have marked my own Jeep

Not too many of these around! 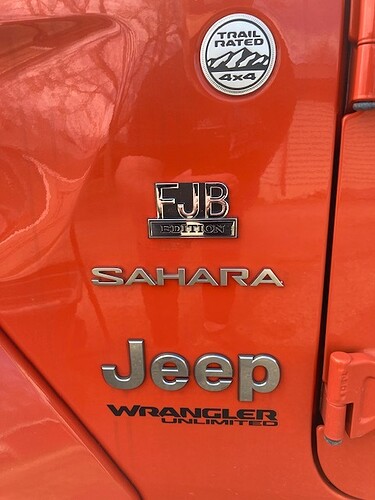 Nice heads up brother. Around here, that is great advice.

I was on the other end of this not long ago. A woman parked her nearly identical car next to mine at a convenience store. My car has a proximity key, so I just walk up and open the door even when locked. So I just opened her driver door, and there she was with her eyes in her phone. We were both startled. I apologized, and told her to always lock her door when she gets in, and until she is getting out. I didn’t think lecturing her on awareness color codes was appropriate at the time, but I thought about her being in condition white, and how it could have been much worse for her.

Another good story, the guy that opened my door was scared sh-+less when I responded loudly, What the Heck!

In Johannesburg you can buy from BMW anti car jacking flamethrower as a factory option. Wish BMW USA offer this option!!