How Do I File A Religious Exemption for COVID-19 Vaccines? 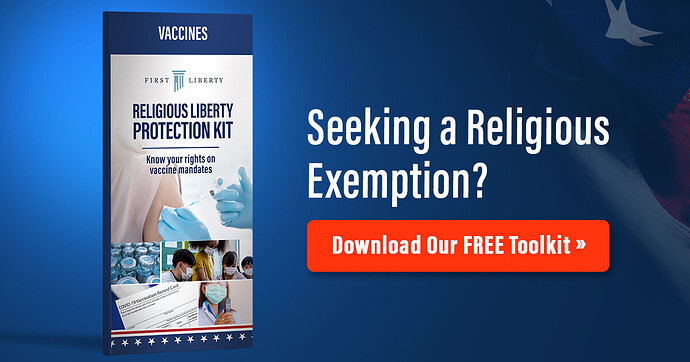 How Do I File A Religious Exemption? Download our FREE Religious Liberty...

How Do I File A Religious Exemption? Download our FREE Religious Liberty Protection Kit so you can know your rights.

Ya probably gotta be muslim or something…anything but Christian!

Here in America you don’t have to file. You just say it goes against my religion and that’s it. There are so many religions you’d probably be surprised. Some of those religions don’t have traditional leaders or leadership like most people would think of it. That’s the freedom of religion. I could make one up right now if I wanted. The Church of Nature Healing! BOOM! Just made a religion. Seems like it’s a shot in the arm or a shot in the head! What the hell is going on here. Med i cal TYRANNY! What really crazy is how a lot of these religions have old OLD texts that predicted a lot of this stuff. Smh

Knowing that the vaccine was developed from embryonic tissue data should be enough for anybody to declare religious exemption.

Nope. Quoted from the below article and common knowledge for anyone interested… Answer from infectious disease expert and practicing Catholic James Lawler, MD

No, the COVID-19 vaccines do not contain any aborted fetal cells. However, fetal cell lines – cells grown in a laboratory based on aborted fetal cells collected generations ago – were used in testing during research and development of the mRNA vaccines, and during production of the Johnson & Johnson vaccine. 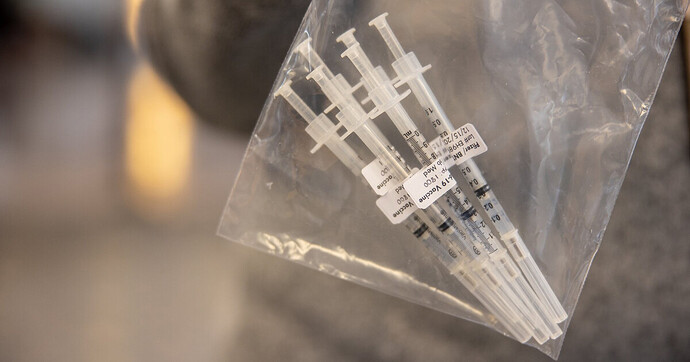 You asked, we answered: Do the COVID-19 vaccines contain aborted fetal cells?

Notice that I did not say that the vaccine “contains” embryonic tissue (at least I don’t think I inferred that). Just so you know, I’m vaccinated for COVID-19. I’m throwing out the arguments I hear from several Catholics. The data used to help develop the vaccine was originally derived from using embryonic tissue decades ago from my understanding. I though you were just looking for an excuse not to take the vaccine. Just the fact that you’re a human being and not livestock is enough in my blood for you to decide not to take the vaccine.

Oops, I fixed it.

Some companies are making it far more difficult to obtain one. For instance, you have to fill in the blanks, citing your scripture, and signed by your pastor/clergy/etc. I don’t know what they will or will not accept. I understand there is an interview involved as well.

Wrong, go to First Library. All you have to do is be able to explain that it goes against your beliefs. Otherwise they are opening themselves up to a law suit.

There are ways to obtain it. Use a search engine for your state, go to a local religious building, or asked a lawyer if you have one.
State of Georgia is Form 2208, Religious Exemption Form.
You can see if that form number will also work for your area as well. I’m not sure if it is state or federal level.
Hope this works.
Revelations 13; 12-18

I find this funny. I have to go to the government so I can get an exemption form from the over reach of the government. Makes me think of what started the War of Independence.

I read these and the wife of a great friend is planning the funeral of her husband who died of Covid. Yes, only Covid. His lungs were attacked and he could not recover. He was not a smoker and was very healthy.

I’m so sorry to hear about your friend! Was he jabbed with the lucifarace darkness? Do you think Americans should be able to deny said jab for religious belief. No documentation or profs?

I’m sorry to hear about your friend dying of Covid-19. However that still doesn’t take away my right to say no to getting the shot. Why is COVID the only disease in history that the government is mandating that we have to get a shot?

Have you not read what Australia is doing? First they took away their guns a cpl decades ago and now the auzie gov is implementing draconian laws where ppl can only get out a cpl hours a day and then only to buy food or necessities.

Don’t think it won’t happen here? Better look at Biden and his ethics.