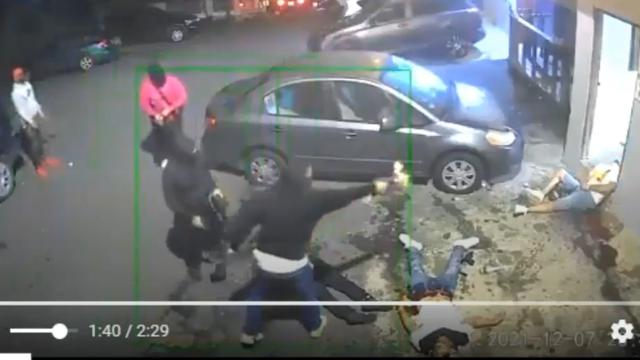 This is really a great example of how letting your guard down and not being aware of what is going on around you, makes you a Victim.

That had little to do with situational awareness - it was a hit in Puerto Rico. The guy in the black murdered some people and the people in the cars came to get their revenge. The other people that got shot were a part of his “crew”.

Somewhat related. I was leaving HomeDepot today with an H cart full of lumber and two dudes were walking together, looking at their phones, and “I” had to stop so they would not t-bone my cart and lumber.

I lost a bit of patients and said “living in condition white” and they didn’t even hear me or respond.

I would’ve let then walk into the cart and said, “Amazing how much of the world you’re able to see when your head isn’t in your phone.”

Patients? Did you mean patience?

Really, mostly, I think this might fall under the rules of stupid? In the event that one of the “victims” here was a full fledged victim, hanging around the wrong people would be that stupid places/people/things

Otherwise it seems to be, what goes around comes around? Or something like that

You are not wrong.

@JoeC I respectfully disagree. it was all about situational awareness or lack thereof. It was bad thinking it was a somewhat random act.

Knowing it was a revenge killing just means the group was extremely lack a daisial in keeping their guard up.

Like others have said though…what goes around comes around. They would only be able to hise for so long.

If I were in that targeted group, situational awareness would have been the way I live for the rest of my life.

Hit or not, there are lessons to be learned.