How long before a Tesla becomes a freezing death trap? 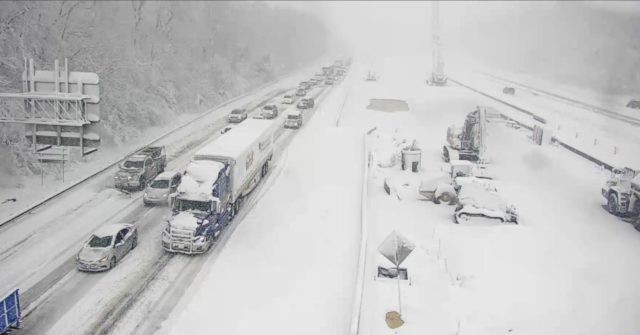 RUTHER GLEN, Va. (AP) — Hundreds of motorists were stranded all night in snow and freezing temperatures along a 50-mile stretch of Interstate 95 after a

The Tesla will probably spontaneously burst into flame keeping all the other motorists warm for hours;)

Whether gas or electric never let your tank or charge get lower than halfway in the winter. I also keep sleeping bags, water, and some food in my vehicles just in case we get stuck somewhere.

I’ll respectfully disagree on the level. Even at 1/4 tank, my truck still has 9 gallons of gas in it. That said, I keep my hunting overalls in my back seat during winter. If traveling very far, or through areas where it’s a long way to civilization, take food and drink. Jerky and Gatorade are good choices. Keep your protein intake and electrolytes up. 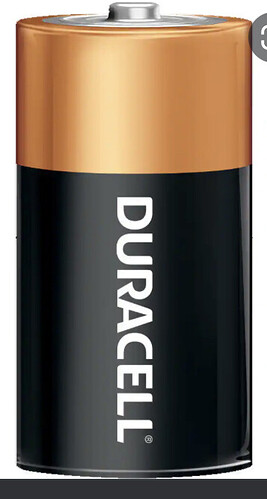 I have nothing against Tesla. I’m impressed by how far they’ve pushed battery technology. I’m not in the market for one, but if I had a regular short commute to work, I’d consider one. Besides, they get all those free charging stations all over town. It’s almost a rob the poor to pay the rich situation.

But that said, I had the exact same thought when I saw this headline. I wonder how long a Tesla can keep you warm if you’re stuck? What’s the average for a fully-charged and a half-charged Tesla?

Whether gas or electric never let your tank or charge get lower than halfway in the winter.

I’ll respectfully disagree on the level. Even at 1/4 tank, my truck still has 9 gallons of gas in it.

I don’t know about electric, but gazoleen tanks seem somewhat standardized around a 400 mile range — so lower mileage equals more gallons, but a quarter tank is likely only 100 miles. Not even a round trip to the store for me. At 9 gallons, my truck would be still well over half, but I would not leave town like that.

Sure, survival gear. Don’t leave home without it. You might get stuck, but why let yourself get stranded?

I don’t know about the Electric vehicle in this type of a situation, I’d like the input from the Biden Administration on an issue like this when all those cars, pick-up trucks, SUVs, semi-truck/trailers are ALL ELECTRIC, since they’re in a hurry to get rid of fossil fuels.

If you are a prepared person, you’d be just fine in you Tesla for this. If you leave the house at 15% battery to head into a winter storm, you might be getting cold, same as if you do like many folks out there and leave into the winter storm with 1/8 tank of gas

Me, I’m with techs. I have been known to semi frequently top off when at 3/4, and I’ve only gone below 1/2 maybe three times in the past 20 years. I’ve gone below 1/4 tank 0 times in the last 20 years. Though I’ve gotten into my wife’s car and been at the gas light a few times, she’s finally come around to where she will usually get it by 1/4, or tell me, and I’ll take it the next time I leave and get the dang gas myself

And I keep a winter coat and a good blanket in each vehicle fall-spring. I have one of those epic $200 Yeti blankets in my truck now, thanks to Christmas

Edit: The way to do it with the electric vehicle would be to run the heated seats that are occupied, and put hvac on a low setting. And wear a coat/blanket

I had a reservation for a Ford Lightning. Kind of for fun. Kind of because I thought I might get one.

But range anxiety got me. Cancelled it. Not ready for it just yet.

I wish we could see more plug in hybrids. The kind that can run on the battery for dozens of miles without the gas engine, get local stuff done without burning gas, and basically has a small gas generator on board that can charge the battery as you drive enough to keep you going and basically give unlimited range (gas pending). All electric gives me anxiety on range. It just does.

And just think of all the dead flat Teslas that will have to be towed to a charging station and get in line!

Personally, I don’t think electric vehicles will become the norm until the “used” market becomes affordable for the median person, battery replacement costs under $1000, and parts replacements like a quarter panel isn’t considered a total loss by the insurance company… or maybe reduce DOT safety requirements like airbags, impact zones, etc.

That being said, it’s my understanding that unless you have a higher voltage line installed, a 110V extension cord will not charge A Tesla (or at least not much) in the winter because of the electricity needed to keep the liquid cooled battery compartment heated. It’s also my understanding that freezing climates means lower mileage. Most of the populated cities I’ve visited had residents parking on the street (lower to middle income). I don’t know how they will keep their vehicles charged either.

Additionally, there might be a weight issue. It’s my understanding that the Tesla semi-truck is as heavy as a regular truck with a full payload (which causes problems with weight restrictions on the highways. I don’t know the tire/wheel options, but a few days ago I came home late at night during a snow storm. There is a slight hill that goes on for about half a mile. The only vehicle that couldn’t make it up the icy hill was a Tesla. The owner refused help, so I don’t know what happened to him. As I passed him up, his car was going backwards down the hill while his wheels were trying to move forward.

One thing that I don’t undertand, is that with all the 10+ gear transmissions coming out for better power delivery on automatics and SUV’s/minivans encroaching on 30mpg, why are all the American car manufacturers giving up on sedans? I would love to have a 10+ gear V6 full-size sedan that was peppy and still got 30+ mpg. I usually buy used, but if I replace my current vehicle with another used one in 5 years, I might end up with a Toyota or Honda… heck, maybe even a Kia. So far, all of my vehicles (except a project 80’ 928 and my first motorcycle) have been American brands… although I might check out a mid-size American SUV if the prices aren’t still twice as high on the used market as the foreign sedans.

Sure, survival gear. Don’t leave home without it. You might get stuck, but why let yourself get stranded?

So far, I had only evacuate FL in a hurry once, on behalf of a hurricane. If you are out of battery in this type of situation, survival gear may not help. Hundreds of disabled electric cars will seriously impede traffic (it was already horrible all the way from South FL to GA).

I don’t think electric vehicles will become the norm until the “used” market becomes affordable for the median person, battery replacement costs under $1000, and parts replacements like a quarter panel isn’t considered a total loss by the insurance company

Somehow I think we all will subsidize these costs from our taxes, whether we agree with it or not.

According to the US Census Bureau, the “median” individual income is $31,133/year (in 2019). According to us.icalculator.info, federal income tax on $31k is $1,960.60. Depending on state tax, once SS & Medicare dues are added in the median person is looking at around $25,900 yearly income, with around a $2k to $2.5k potential tax writeoff. Subsidized by taxes or not, I still don’t think the median person could afford a Tesla or comparable electric vehicle. Maybe a Nissan Leaf or Chevy Volt if bought new and financed, but good luck with the cost of a new battery on a used offering, or even just replacing the battery every 5-7 years.

This, absolutely this. My wife’s Nissan Maxima has a CVT transmission. It has a 280 hp V6, and gets 27-30 mpg. I know a dr with a Tesla. To drive from where we live, to St Louis and back takes him 20 dollars worth of electricity. To drive my wife’s Maxima the same trip, is 22 dollars of premium fuel. Even to drive my 385 hp 4x4 truck, is only around 40 dollars. Consider the initial buy in, and cost of ownership, why would I ever buy electric.

Electric vehicles will never become practical until the technology has advanced by several orders of magnitude, including the generation and delivery of the electricity itself.

Personally, I’ll never have one until I can pull into a charging station and leave 10 minutes later with an empty bladder, a drink, a bag of chips, and 400 miles worth of “fuel”.

That isn’t something I’ve come across yet.

The initial adoption for mass electric vehicles that makes the most sense is multi-car households in suburban settings where 2+ adults at the home have a car, one is gas and one is electric. There is room for millions more EV’s in this scenario.

It’s not difficult or expensive to get a 220V charger installed (or just plug into an electric dyer type outlet), and it’s not a problem to charge your EV at home in the winter (especially if you park in a garage)

There is no need to fear EV’s. It’s going to take awhile for them to be a majority of the market, but, there are goign to be an awful lot of them going forward. Their time is arriving.

The Tesla on the icy hill was probably a tires situation. In winter weather, TIRES make pretty much all the difference

One answer to your why not sedans, is that people are buying crossover utility and sport utility vehicles. And minivans. They are peppy, weigh about the same as an old school full size American sedan, but fit more stuff and more people. Look at the Ford Explorer…it’s the new standard American police car now…it’s the new Crown Vic…if you want an old school American sedan for the size and comfort, and want pep, check them out…our Explorer does 0-60 in 5.2 seconds. Might not want to get the ST version if you want 30 MPG though.

I was speaking in more of a "just imagine " sort of way rather than factually.

At least that’s on option for gas fueled cars. With electric, not so much.

Fortunately EV’s can be fueled at most homes, so people too lazy to stop and get gas, or whatever the reason is, can just plug in super quick when they get home and always leave with a full tank (or stop at 90% maybe for most daily use).

Think about how many people would literally NEVER have to go somewhere just to fuel their vehicle. Plug it in while home, that’s it, done. A lot of vehicles out there are never taken on cross country road trips.

That part I’m jealous of, only having gassers in our garage.