DNC is posting campaign signs on our kids video games

I can’t even begin to describe how upset i am over this. 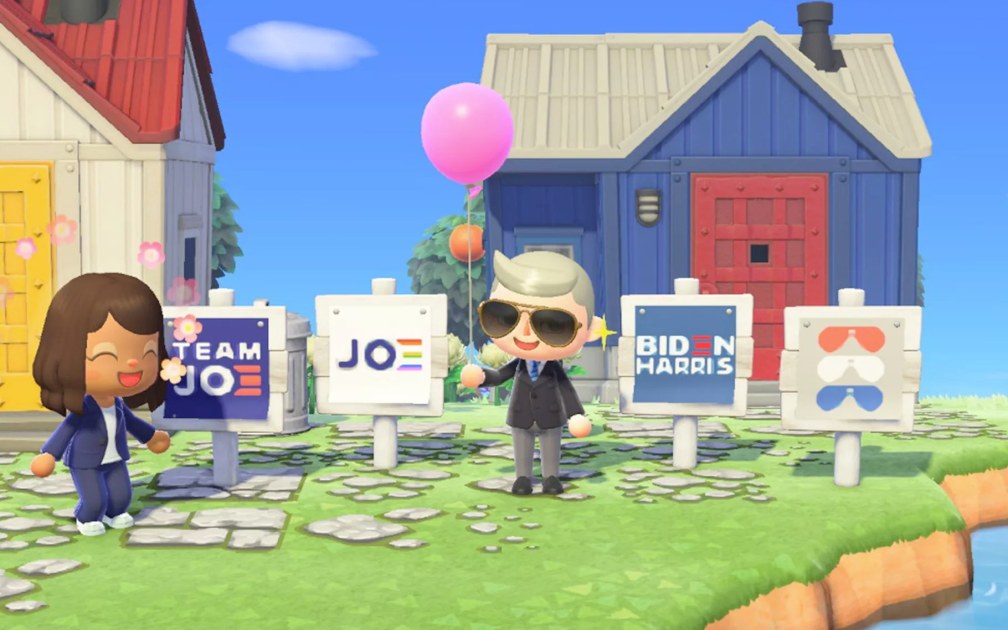 So they are now resorting to campaign ads on video games to influence adults through their kids?
There have got to be ground rules at some point here.

Man that sure is dirty .

So they are now resorting to campaign ads on video games to influence adults through their kids?

I actually know a lot of 18-22 year olds actually play this game as well. Do they have Trump signs?

** Edited: I have it on good authority that anyone can make any signs they want on the game. Any digital content can be made / designed - clothing, signs, etc. The “source” said that there are 2A signs as well.

(yes, the source is a family member of mine and she still plays it when she’s bored or avoiding cleaning)

*** Edited 2: it was created by the Biden campaign. And no, my family member’s content does not include one

I feel like political signs of any sorts need to be banned. I can understand putting up suicide prevention signs and other things meant to help people who might log in to escape reality, but we need to stop political crap on games from either side.

Can one let’s say…peacefully protest and kick said signs over in this particular video game? That would be fun.

We no longer have children in the house. Im glad I dont have young kids growing up in this enviroment of today. It sure seems that the education system is endoctrinating kids.And not in a good way either

I have canceled a few streaming services because of ambush tactics within programs , ( where they inject highly political content, or talking point segments, into the most non political of subjects ). You might be watching season 5 of a program you long liked for its healthy limits, only to be shocked, utterly out of the blue, by a graphic depiction of an ideology or life style choice, that is completely out of character for the show leading up to that point.

The respect for any kind of rules, or standards of behavior, is being thrown to the wind. I now look to see how recently an “entertainment” product was made. Because even something like the “Smithsonian” has become a platform for pushing political agendas! Think of how many of the most time honored and respected things has been co-opted for politics, and ruined. The Olympics? The Nobel prize? Disney? Sports?

It’s becoming ever more difficult to find things that have not been turned into a venue for political agendas.