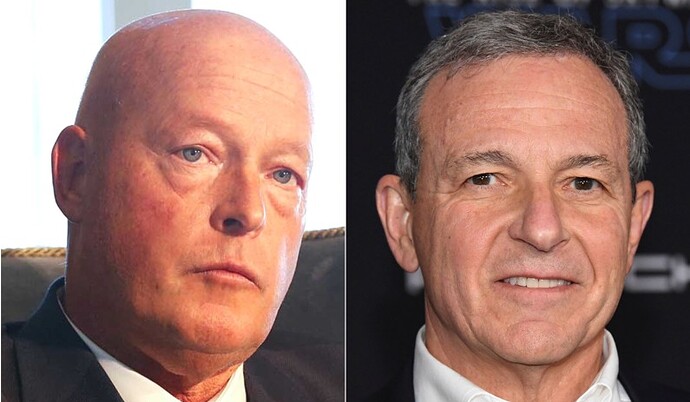 Disney has fired its CEO Bob Chapek and will replace him with his predecessor, former CEO Bob Iger, the company said in a shocking announcement on Sunday.

Also Disney, under CEO Chadek (once it became apparent that Republicans were going to regain control of at least one side of Congress) hired a Republican Lobbying company and has attempted to curry favor with Republicans. 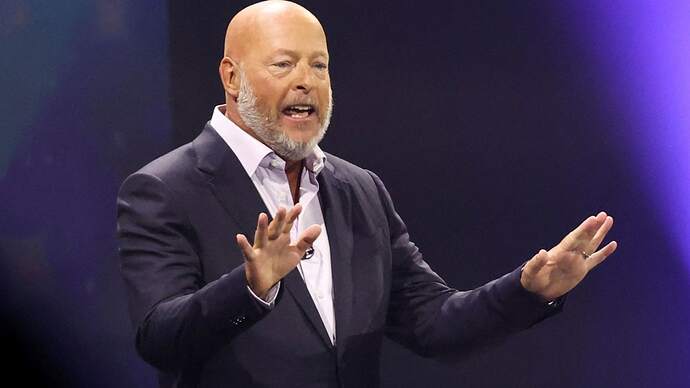 How Disney and CEO Bob Chapek are preparing for a possible Republican House...

Disney and its CEO Bob Chapek are preparing for Republicans to possibly become the majority in Congress.

The Irony is strong.

Here’s a clue, watch out though clue train

incoming!!
Don’t piss off half your customer base. This clue will be free, do you see any of your far left SJW cancel culture pals running up to you to make up for your 41% loss on your stock. Or heck, even trying to help you keep your job… Oh, that’s right you don’t have one anymore.

My kids grew up on Disney videos.

I’m not buying their recent woke releases for my grandson.

I’m not buying their recent woke releases for my grandson.

I don’t think that’s a recent thing. My daughter loved Disney princesses. Can you name any Disney “prince” characters? Can you think of any male characters that contribute anything to the story, except for the antagonists? Disney cartoons are simply not made for boys, and never were; they know the market is small girls.

(The one character folks used to point to was Aladdin. But in the new version of that, he has to be rescued by the princess. There’s also Simba, I guess, if your grandson self-identifies as a lion cub. Of course, Simba is a pretty worthless character until he finally starts listening to the lionesses.)

Sadly Disney has possession of a couple of Franchises that I used to really enjoy.
Now I can’t stand them due to the garbage they turned them into.
Won’t go their way over priced parks now either. Just not worth it.

I forgot about some of the franchises they own.
To be fair, I gave up on Star Wars long before Disney bought it.
I still enjoy most of the Marvel movies, even though they’re pretty brainless and formulaic. The one thing I’ve noticed, however, is they seem to be obsessed with female heroines, and they’re stuck on the stereotype that female warriors must all be lesbians. It’s not their fault that Chadwick Boseman died, but the latest Black Panther movie hardly had any male characters, except for antagonists. My grandson is already bored with Marvel movies, he’d rather watch Top Gun for the 50th time than to watch a new superhero movie.

I can’t think of their other franchises. I know they own ABC, but I don’t watch network television, so that doesn’t mean anything to me.

As has been famously said for so long now, what I want from a company like Nike is sneakers, not advice on how to behave or what to believe in. This is a giant problem with our voting system. I have countless friends who voted Biden in because they didn’t like how Trump spoke and acted, so they were okay ruining a country (the best country) over such foolishness. Put people in jobs they’ll be best/good at.

what I want from a company like Nike is sneakers, not advice on how to behave or what to believe in.

Exactly. I don’t know why so many companies feel the need to wade into political / social justice issues. My guess is that they spend too much time in the social media morass and have a warped sense of the market. The trolls who dominate social media would have us believe that they’ll throw all their money at the company with the best diversity chief, or the company that closes all its factories in southern states, or that no one wants internal combustion engines. Trolls don’t spend their money on altruistic causes, though; they’re too narcissistic. The reality is what you said: most people just want to buy the best product they can get for their hard-earned money.

If you haven’t followed the Marvel Cinematic Universe enough yet to appreciate his character, the Steve Rogers/Captain America is an amazingly good character who has ALL the right beliefs and perspectives. HIs love/hate relationship I guess you could call it with Tony Stark/Ironman, who has a rather different take of Liberty vs Safety (and big government), is epic and spoiler alert, Captain America is the one who’s right

I really enjoyed the Marvel movies up until Disney got involved.
I really enjoyed the Black Panther comics, let alone the movie. Very leery about seeing the new one as they have strayed quite a bit from Black Panther canon. I am interested in seeing what was done with Submariner as he was a great villain/hero at times. But not sure if I want to subject myself to disappointment.

Just found out Disney owns the Alien franchise and they are coming out with a reboot.
I refuse to subscribe to their streaming though so will most likely be refused access to it.
It is disgusting how things get locked out to force you on their service.

the Steve Rogers/Captain America is an amazingly good character

I did enjoy Steve Rogers. I think they knew better than to monkey with his character too much, especially since they were still establishing their franchise universe. I also kind of like that by his 3rd movie, he’s become disillusioned, and Tony Stark has become the one who defends government. It was a fun flip from their original portrayals.

Well, there’s the “inappropriate kiss” by Prince Charming on a sleeping helpless Snow White. It is fairly new.

I really enjoyed the Black Panther comics, let alone the movie. Very leery about seeing the new one as they have strayed quite a bit from Black Panther canon. I am interested in seeing what was done with Submariner as he was a great villain/hero at times.

Go ahead and see it. It’s obviously very different, as the main character is dead. But despite my griping, it was fun to watch [spoiler] step up from a support role to a title character; it doesn’t happen all at once, it’s what happens throughout the movie. Namor was kind of fun, too. I don’t know much about him because I didn’t read comics, but he seems to ride that line between protagonist and antagonist, depending on whether he likes you or not.

Wait, was that Sleeping Beauty? I have to ask my daughter.
Also, what’s up with Disney’s obsession with kissing unconscious women?

I think that’s what the woke crowd’s up in arms about, when no one would kiss them, awake or not. 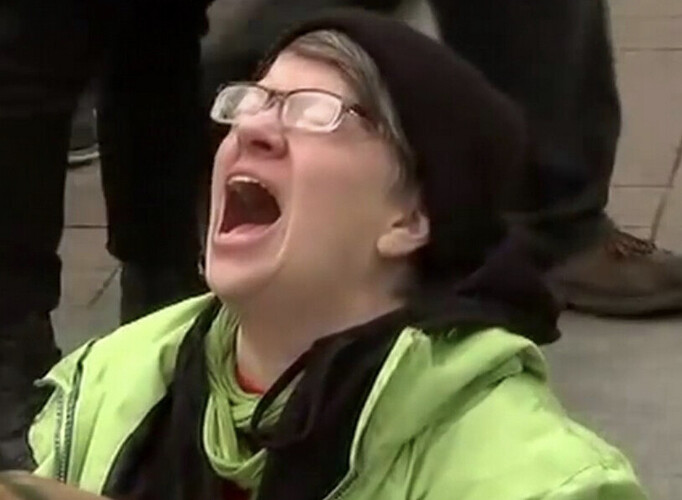 Wait, was that Sleeping Beauty? I have to ask my daughter.

Both.
In the original Snow White, they are on their way to bury her when a pall bearer trips, and the poison apple is dislodged from her. But in the Disney version, a prince comes to visit her, and kisses her thinking that she’s dead.

Very leery about seeing the new one as they have strayed quite a bit from Black Panther canon. I am interested in seeing what was done with Submariner as he was a great villain/hero at times.

I saw it. I collected comic books, Namor the Submariner was a favorite. So watching Marvel jump through all sorts of logic hoops to shoehorn Namor into being a descendent Mayan/Aztec and or Incan mythology made the whole thing extremely jarring. Especially since there is a freaking ocean between Wakanda and the culture they were trying to shoehorn it into. Add in Wakanda supposedly being in the middle of Africa.

The latest fairy Godmother though… My children have same chance of seeing a newer Disney movie, as they have an inside of any debased adult club. Also true about Disney resorts, parks, cruises, I wont allow my children near adults who seek to put their deviations on display for the underage patrons. This is not being inclusive, this is normalizing a crime.

Having been to Disney World recently, I don’t recall any deviations being on display. Just sayin’

With their trend to confuse children, expose them to age-inappropriate topics through every product they have, and to fight FL state law tooth and nail - I cant guarantee you will be lucky and cringe-free on your next visit.

The latest fairy Godmother though…

What’s the story on the fairy?