Can you run 1140 FPS? Pity the other good guy couldn't

You are not Rambo.
You are not Wild Bill Hickok.
You are not Anne Oakley.
You are not Jerry Miculek (unless you are, then disregard this line).
Do you practice hitting only the right one of two targets running full out? Why do I ask?
Because a shoplifter deserves to die? HINT: No, no they don’t. Gunner should be charged with reckless endangerment at the least, IMO. 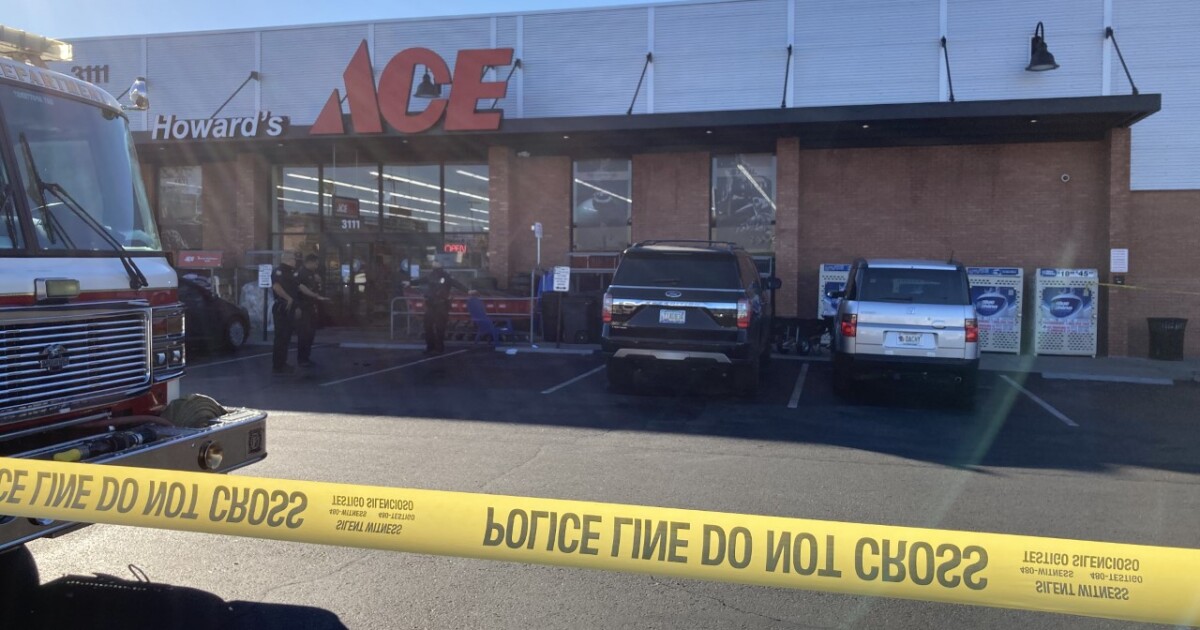 The Phoenix Police Department is investigating a shooting at a business near 32nd Street and Indian School Road.

As always, I wouldn’t want to pass judgement without all the facts. However, if the shoplifter was not clearly threatening an obviously innocent person with immediate death or bodily harm then the shot was not justified. Even if it was justified he is civilly and likely criminally liable for injuring an innocent person.

I have this talk/post regularly on my Nextdoor app. People don’t seem to know that you can’t just shoot people that you don’t like, who look suspicious, who are on the outside of your door (thanks again, Joe, you’re training an army of idiots; definitely not leadership material), and who are running away.

Yeah, I feel you. So many seem to like to wave their guns around, but myself, my weapon stays in its holster, (hopefully concealed) until/unless I feel my life or the life of another is in jeopardy. I live in a ‘stand your ground’ state, but if you shoot someone that is retreating/running away, you’ll face the same charges as if you opened fire on a random bystander.
Sure, we don’t and probably won’t have all the details, but we do know that the shoplifter (a typically non-violent crime) was RUNNING AWAY, a clerk was chasing, and the shooter was outside the store when the theft occurred. He fired at the thief, but hit the clerk, and again, we have no scene placement, but I’d lay money the thief (per the article, NOT a robber) was not running at the shooter. To me, that’s a situation where I’d reach for my phone to call 911, not my gun to fire in a parking lot.
Just my .02c.

So many seem to like to wave their guns around

Yet it doesn’t actually occur frequently - why it is news, the same reason we do not read regularly about the crime rates in areas with high crime rates.

Based on the current information available, I do not see any justification for a bystander to have used force, especially deadly force. I would expect that the shooter will ge charged.

I too have to constantly have the “no you can’t use force if” conversations. Stealing your car and you are not in it…nope. yelling at you from 30 feet away and not noticably armed…nope. Banging on the door of your house in the middle of the night? Nope. Two people in a fist fight…Nope, better to call 911. If it devolves into one trying to kill or maim the other, be very careful. Someone cuts you off in traffic and flips you off…nope. Someone moving around in your house in the middle of the night…ok that one is a maybe…but only if you can identify the target first. You don’t want to shoot your wife, kid, etc.

Point is way too many people think it is like the wild west where you shoot first and ask questions later. That is why safe spaces like here are so critical for us all to learn.

The one thing the military drilled into my head is deadly force is to be used in the rarest of occassions.

The best advice learnt here:
Whenever you want your shooting to be justified, always ask yourself this question - Is my life in danger?

In the iconic movie, Dirty Harry, The one liner is a good one. “A mans gottah know his limitations.” You have to ask yourself, What is it going to take to have your life threatened? Just think about it. When before has my life been threatened? Personally, there have been a few times but, I was able to choose another choice. I avoided the situation or escaped from the situation.
The reality is that, hopefully, we will never have to use our guns. Again I say hopefully But, that one time, that certain situation that happens is when having a gun will save your or yours lives.

Better to have one, be trained to use it and when than to need it and not have it.

The best quote about a great defense was from “The Karate Kid”. He was asking Mr. Miagi what defense was best for some different situations. Mr, Kiagi said “Best defense, don’t be there.”

Since I read it on the interwebs it must be true:

Two men have a woman penned against a wall outside a department store, the woman screaming “rape!” while they try to steer her to a nearby car. Citizen Good-guy-with-a-gun runs up to save the day when one of the men shouts that they are plainclothes cops and the woman was under arrest for shoplifting and refusing to cooperate and get in the car.

Don’t know any details, like if he had his gun drawn and pointed at them, whether he demanded or was shown IDs, whether or not they really WERE cops, etc.

Yeah, that’s a tough call. Firearm aside, if you demand ID, which would seem reasonable, they have to let go of the person to get their ID. If that person is indeed a criminal, and escapes because of you, what’s your liability? Ok, let’s put the gun back in. You pull your gun, turns out they are cops. You just drew down on a LEO. Oops. If they are the bad guys, and they draw, now what? Gunfight with an innocent in the way.
Really, there’s just not enough info here. Did you see handcuffs? Dropped merchandise? Store employee shouting “That’s her!”?
My best suggestion would be don’t touch your gun, whip out the phone, pics of everyone, their car and license plate, then call 911. Way too easy to make a serious mistake with any other action.

Need to think and learn about these kinds of scenarios before you’re in the situation. You’d expect everyone who has done that to already know the right answer is not to draw. People don’t know this from watching movies and daydreaming.

I agree completely. The absolute worst way to learn how to be a responsible, armed citizen is by watching movies. “Learning” by that method will usually get you jail, if you’re lucky, and a private pine box if you’re not. Do note, however, we’re talking about entertainment movies, not instructional ones. However, even with my relative newness to CC, I’ve seen a crapton of so-called instructional videos, that just defy common sense and the basics my dad drilled into me when I was 7 or so.
Check your video’s sources, make sure that the people that made it have credentials and aren’t just trying to get people into serious trouble. There’s a good thread on ‘gun channels’ on these forums that has quite a few decent providers, but as always, YMMV. The videos actually sponsored by USCCA and Concealed Carry magazine are another valuable resource.