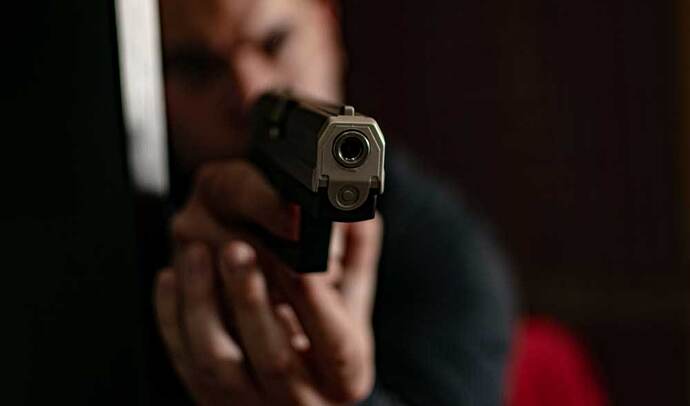 Armed citizens defend themselves and sometimes strangers they meet on the side of the road. What should we do if our truck is forced off the road?

That truely show that being calm and shot placement is critical in a confrontation and since the advent of easy buying body armor is easy the target site for me is HEAD,NECK,GROIN,those are assured TAKE DOWN and bleed out

I hate playing Monday-morning quarterback after an event like this, but I’m going to.

I’m glad that he was not injured during this incident while being a good Samaritan. You definitely have to be cautious about picking people up, these days.

In NC it’s illegal in some instances. Not only that, but the truth is, you don’t know who you’re picking up! You don’t know where they’ve been or what they may have been involved with prior, or what their real motivations are. And by us picking them up we take on all of that responsibility and liability and still not know whether they have nefarious intentions towards us! Too many ifs and maybe’s and I don’t knows involved here. And sometimes our gut intentions can land us in some deep Kimchi. Thankfully, the defender and passenger were alright, but man, this could have gone some kinda badly.

Personally, I think I would have been in a pickle, because there is no way that my wife would have allowed me to drop her off at home first and then tend to this other lady. Thankfully, she lived nearby, but it just would not have happened, no need in me pretending that it would have gone as smoothly as that either.

Thanks for the post and the resource. I will start checking them out more. This was a lucky situation for the defender though.