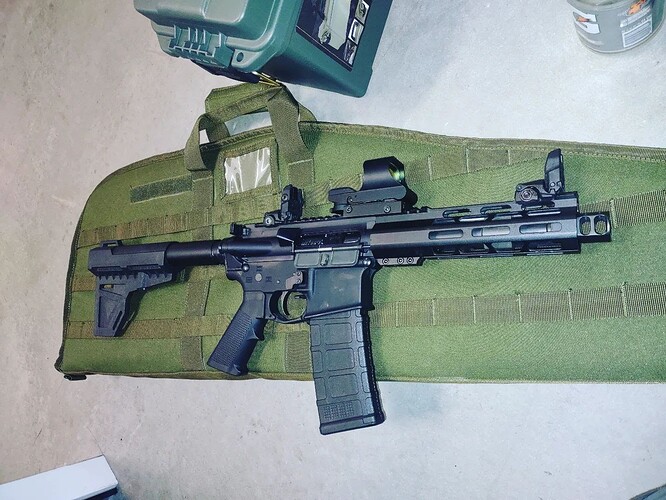 I think your red dot is a little too far forward. It looks like if you were to take it diwn for cleaning, thenred dot would be in the way.

Edit: That is a pistol. That pistol brace I believe is called the Blade, not sure who makes it. If it were an SBR you’d know because it’s an NFA item and there wouldve been more paperwork and a long wait period.

That pistol brace I believe is called the Blade

@Robert1246
KAK Shockwave Blade. Its adjustable for length of pull but is tightened down with a set screw so in essence it’s fixed. Also note no butt pad on end…put a “pad” on and it becomes a stock and your pistol becomes an SBR thanks to “AFT” decisions.

Once you reverse your rear MBUS sight you can possibly move your red dot back a couple of slots depending on your eyesight and focal plane. Cleaning take down wouldn’t be affected by the red dot in its current position but if you wanted to remove and replace the handguard it would be in the way.

I would get a different upper

Why? 5 minutes and $75 of tools and you can swap the barrel. The op already has an AR rifle platform so the tools might not be a bad investment. 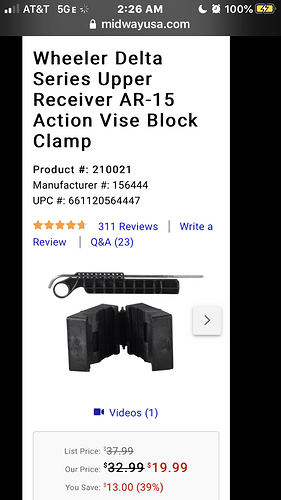 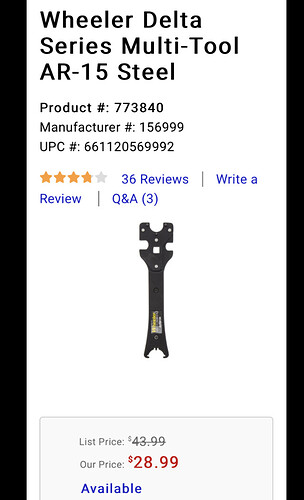 7.5" is loud as hell and the length can cause malfunctions.

Loud yes!
Malfunctions. No why would it?

Actually I’ve seen more malfunctions with a 7.5” 300 trying to make subsonic ammunition work. There isn’t enough dwell time from the gas port to the muzzle and subs don’t generate enough gas for proper cycling without a suppressor. Don’t buy a barrel shorter than 8.5” in 300 and expect it to be reliable with subs without a suppressor adding back pressure.

It doesn’t have a pistol brace

(It does as explained above already) It doesn’t have a carbine or rifle stock either. A pistol brace is generally an improvement over a bare buffer tube. There’s an entire industry of pistol braces. 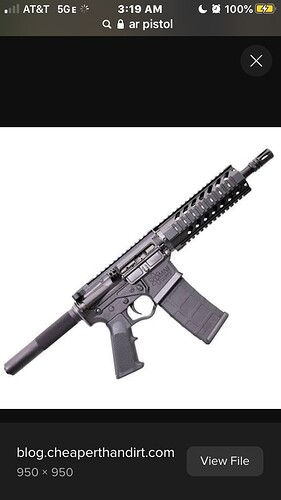 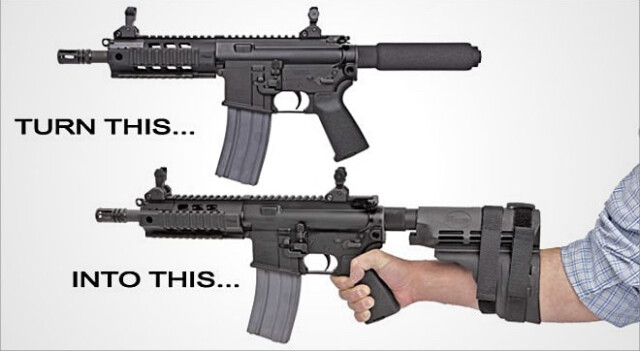 The KAK blade is now become an SBR item? That must be new’ish as I’ve seen many AR’s sold with the Blade and sold as a pistol. Seems odd that if that AR were an NFA item that he was able to just buy it and take it home without going through all that rigamarole.

RE Upper Swap: It’s up to him and what he wants to do. He doesn’t seem to have a lot of experience with the platform so an upper swap seemed a better solution. But definitely a great solution if one is so inclined.

A few months back I was doing research to buy an AR to run suppressed. And when it came to 7.5" I kept seeing recurring information on the 7.5" in 5.56 with malfunctions and it overall having more wear and tear. It seemed to be related to the gas system not being right for that length. My buddy has a Franklin Armory at 7.5" and he has feeding issues when we go to the range.

Similarly along the line of barrel length the 10.5 inch seems to be ideal for the 300blackout because it doesn’t need as much dwell time as 5.56. I’m just taking that from a in-depth review that Mr. Guns and Gear did a couple years ago and some other articles. Seems that the 7.5" to 9" would be fine but I don’t have direct experience there.

No. You misunderstood. If you attach a butt pad it does.

7.5" and he has feeding issues when we go to the range.

They are machines. Open up the gas port. Run a heavier bullet. Trouble shoot it. Make corrections.

300blackout because it doesn’t need as much dwell time as 5.56

Depends on the ammunition you are attempting to use. Whatever you get in 300 blackout make sure it has a pistol length gas system regardless of barrel length. Carbine length gas systems in 300 are finicky.

From the picture provided there isn’t really any way to know the quality of the components of the AR. Really though, the heart of an AR is going to be the Bolt Carrier Group (BCG) and barrel. If they aren’t marked with a brand or model (aka some generic or unbranded) then your guess is as good as ours. Having said that… with the KAK Blade pistol brace and 7.5" barrel I am guessing this is a lower to mid level in terms of the quality of components. That doesn’t necessarily mean its a bad choice, there are tons of budget rifles out there doing work and you don’t have to buy all Gucci level parts in order to have a reliable AR.

As others have mentioned

You asked about a side folder, the LAW Tactical folder is what you want (Sylvan makes one too that is cheaper but not as good if you need a budget option). You have to unfold the stock for the firearm to work properly. But if you need to, you can shoot ONCE with the stock folded, the BCG can’t cycle without the stock unfolded so you’d then need to unfold the stock and run the charging handle before you can begin firing. IMO, its not worth the trouble but it does drastically reduce the size while stored if that is important to you and you need to store in a backpack or as a trunk gun or something.

Not sure how much you’ve spent on this, so you may not want to spend more money and as long as it works that is a totally fine option. But if you don’t mind making a few changes you could end up with a very workable firearm.

Since you are considering changing the muzzle device, you’re going to need to buy some tools anyway OR take it to a gunsmith. And if you’re doing that you may as well get some tools to change the barrel or ask the gunsmith to swap out a barrel. Then you will know for sure the quality level of what you buy.

Thank you for the added clarification regarding the addition of a butt pad to the KAK.

You may want to swap the brace entirely. I think Primary Arms has a sale on the SBA3 brace. May want to buy a plug for it during storage but it’s the better brace IMO.

If I where to swap out the 7.5 upper for a 12.5 upper. Do I have to pay a tax stand and is it now a short barrel rifle? Still can’t have a front grip on it right. I’ll talk to the guys at my local gun store.

Check your state’s gun laws, likely as long as you have a pistol brace, you buy the upper and slap it on with no problem. If you put a stock on it, that would likely be an SBR requiring a tax stamp.

Still can’t have a front grip on it

Correct. No forward grips on pistols. 16” or longer barrels are rifles. A 14.5” barrel with a properly pinned and welded flash hider that exceeds 16” counts as a rifle.

Loud yes!
Malfunctions. No why would it?

Because the gas port pressures and violence of action required of a 7.5" AR system are far beyond what the system was originally designed for, it’s operating towards the extreme end of the envelope, and can be expected to be very hard on parts.

Which is not a good combo especially with a “pawn shop IDK what it is” firearm.

if it’s just a toy and it’s okay if it doesn’t work or breaks, don’t worry about it

No vertical foregrips on pistols. Last I checked (I am not a lawyer, verify yourself) angled foregrips were allowed.