Ammo! what type of ammo do you carry and why is there a huge debate?

Debates are healthy. It gives out the pros and cons of each, and starts a discussion.

Speer, Gold Dots for me, my EDC loves them and I’m pretty accurate with them at the range. I also find them pretty easy to come by in this market.

To define what you are looking for is really easy. You want hollow points from a reputable manufacturer with documented performance, a good track record, and tested to functionally work 100% in your firearms.

The reason that tiktokker said he wouldn’t buy no-name hollow points is pretty clear once you look at that criteria. As for local availability, I believe all states allow online purchase altho places like CA might make you jump through a few more hoops. Prices are higher than pre-COVID, but you can still get the good stuff with a little patience or stretching that wallet just a bit.

Check out those links above from @BRUCE26 for a list of what everyone here is using. The most common ones you’ll see vary based on caliber but Federal HSTs, Speer Gold Dots, Hornady Critical Duty/Defense are on my personal short list and those of many others.

You’ll notice the most popular choices also happen to be top choices of law enforcement departments across the country. They will also have a ton of Youtube (or similar) videos of performance in gel tests. As @techs linked to, LuckyGunner has an extensive library of tests, all conducted to the same standards to enable a really big apples-to-apples comparison. They do those tests from short barrels (which works for our EDC perspective) but other sites have tests from longer barrels. Just make sure to compare apples-to-apples when you go surfing youtube gel-tests.

Once you get into the, say, top 5 or so choices you are really splitting hairs as to the relative performance of one or the other. One maybe expands .1" more or less than another or a 0.5" more or less penetration that honestly doesn’t matter anywhere near as much as your shot placement.

At that point, once you have your own personal shortlist, then check for availability (either at your LGS or online) and try them out in your firearm. It is absolutely crucial that whatever you pick works well in your firearm(s). They must cycle reliably and be accurate.

To define what you are looking for is really easy.

I agree with you as long as they are healthy.

I have all of the different calibers. 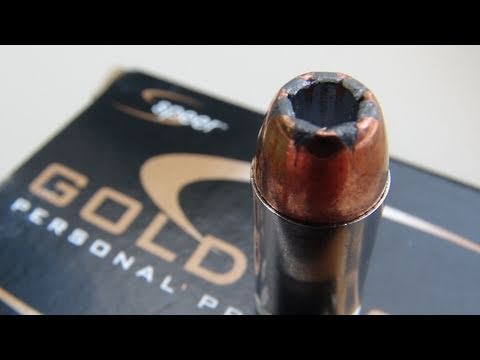 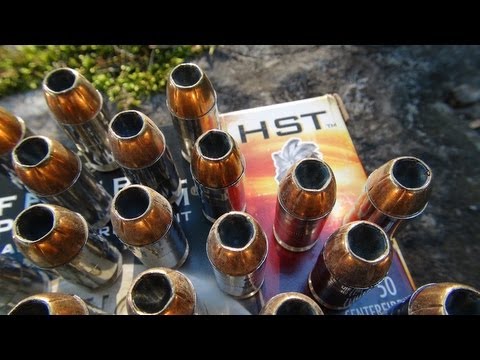 There’s been bloody wars/gunfights and brutal deaths involving ball and cap firearms, round nose lead bullets, and even FMJ bullets over the last few centuries.

On another forum, there are debates about what “supersteel” knife would be best in the wilderness by people that live in suburbia (like me) and mostly make wooden spoons with their $500 knife but can’t take a piece of sandpaper to reshape the handle for that “hot spot” they keep complaining about. Meanwhile, 100 years ago in this country, and even places around the world today there are people that live and build living structures with what some would consider a $1 garage sale throwaway knife/steel.

My point… my understanding is that if I do my job it will do it’s job. If I’ve shot enough of the ammo to determine reliability, function in my firearms, and accuracy/precision on target, I do a quick check that it has some positive deformation and penetration characteristics (usually YT videos) and call it a day. I’m more concerned with situational factors, mental/physical factors, and even presentation and trigger technique than bullet design.

I find it interesting that the same people that say (paraphrasing) all handgun calibers are the same will get very defensive about how a bullet of the same caliber with a 0.054 oz weight difference or 1/20" in overall expansion going through gelatin will make some huge difference. I just don’t see it.

I decided a few years back that I would get calibers/ammo that I was confident with “less than optimal” ammo choices, and I would use ammo inexpensive enough (for me) to use as both range and defensive ammo. I did use Lucky Gunner and some Paul Harrel (plus a few other YT’ers) videos to solidify my choices.

I ended up with WWB JHP for my 45 (if over 3. 6" barrel) and 40, Remington HTP 115gr +P (although I rarely carry a 9), and Remington UMC 125gr SJHP 357 Magnum (this was pre Remington’s breakup). At the time, one could get all but one of these at Wmt. I’ll carry and shoot “better” defensive ammo now and then after I’ve checked function and POA/POI with 100 or so rounds at the range. Additionally, I do keep my ammo stored well and cycle my ammo after carrying every so often.

You’re not kidding! That’s a breaking the speed of sound 591 ft-lbs of energy

Right now, I’m carrying Sig V-Crown. I have run them through my M&P and they have performed well.

I am working on stocking up more Federal HST lately since I have not been able to find any V-Crown in the last 12+ months. I have about 4 boxes of Federal HST and will shoot some through my carry gun just to be sure they run right before officially changing over.

As long as they come from a trusted manufacturer, you should feel confident that they will stop a threat if, God forbid, you ever needed to defend yourself. I think the most important part is making sure they operate in your firearm reliably.

Hornady self defense rounds for me

The 2 together. Great performance from both. The 185 is a little snappier, with more muzzle flash. Not ring of fire flash, but noticeable in the shade. 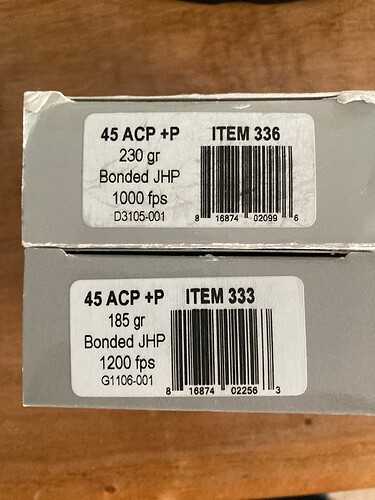 I’ve never shot a 45 pistol. The only 45 I’ve ever gripped tight on my right slamming thru all 4 was on my pistol grip 4-speed Trans. , 340 4barrel 1970 Dodge Challenger drag racing down Main street on a Saturday night. LOL!

As long as they come from a trusted manufacturer, you should feel confident that they will stop a threat if, God forbid, you ever needed to defend yourself.

I’m running Sig 365 JHP my P365. My thinking is Sig has seriously tested their ammo on their firearms. This especially true with their 365 ammo, the only ammo I’m familiar with geared to a specific firearm. So that’s a safe bet to make.

But it is an interesting question to ponder. Most of us can’t go beyond the experience we have testing our ammo during training. Very few — and fortunately so — can cite experience with how well this or that ammo works at stopping an actual threat.

That is a test I pray that no one ever needs to do. The test using ballistics gel is about as close as we can get to know how a particular round will work on a living animal and another reason to really remember that you shoot until the threat is stopped. No one knows until you’re in the moment, how many rounds it will take.

I choose Federal HST or Speer Gold dot for all semi auto pistols.

Why? Because they are proven over time with LEA’s, they are recommended by people like doc roberts (DOCGKR), and they do very well in the FBI ballistics tests which are the standard for repeatable quantifiable testing and have shown a strong correlation to real world results.

Also because I find Federal and CCI/Speer ammo in general to be high quality and reliable.