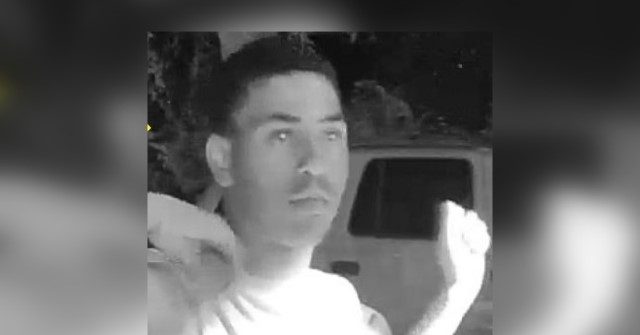 Escambia County Sheriff Chip Simmons says the man who grabbed an "AK-47-style gun" and shot at alleged intruders on July 7 will "absolutely not" face charges.

One of the reports I read on this incident was that the homeowner drew and dropped his handgun when the intruders entered his home. Then he had to run and get the AK while the intruders grabbed his gun. It was unclear if the attackers brought their own weapons from that report.

Don’t know that I’ve ever seen or heard of anyone drawing and dropping their weapon in a SD situation before. But have read accounts were people lost their weapons to attackers. Doesn’t seem like a very good idea to arm your attackers.

Doesn’t seem like a very good idea to arm your attackers.

President Joe would disagree with you

Hey, look at the back of your USCCA card, where it says what to do after defending yourself, the part that says “I was attacked, there’s his weapon” paraphrasing. I’ve also seen scenes in movies where one guy tosses a gun to another guy, then shoots that guy as soon as he catches the gun. Thinking this homeowner either panicked or was really, really good…

“I was attacked, feared for my life and had to defend myself” is on the back of the card.

Which personally I think even that is longer than it needs to be.

But you’re right that various experts will say “low resolution” or “high level” information like pointing out where something is that the attacker(s) dropped/used, is likely an okay idea.

IMHO grabbing your handgun is a natural reaction at 2 in the morning, identify your attacker, (one became three ) my handgun gives me time to get to my AR or AK, when I realize there’s more than one!

I don’t know about others, but my Hanes waistband will not accommodate a .45ACP
Maybe the handgun didn’t have SD ammo and homeowner didn’t want anyone else hurt.
Also have to consider where did the other rounds land? Obviously a decent shooter, he didn’t hit anyone in the back while they were fleeing, that’s discipline! Stopped firing when the threat was gone.

So, let’s say it together, “why do we need 30 rounds?” , nothing against our brave shooter, but he missed 2 out of three!
In addition I think the price of night vision should be reduced. If I had night vision coupled with my handgun in the drawer, I may not need the rifle, maybe I stop 2 out of 3, wounding the third!
Strobe light is not a bad idea either! In addition to the extremely loud remote controlled stereo in another room! A diversion! Something they don’t teach in Uvalde! Just saying!
Furthermore, my AR doesn’t fit in the nightstand, it’s ten feet away. Grab my handgun, oh poop, there’s three of them, go big or stay in bed!

IMHO, if a carbine like an AR or AK type is a more potent defensive tool, that should be what you go for first, whether you think you ‘only’ have one intruder in your home, or three.

Nothing at all against missing two out of three, a 33% hit rate is above average. Average runs about 20% for officer involved shootings and private citizen defensive gun uses alike.

So I agree with your last sentence, in a way “go big” (big meaning the most effective tool at your disposal)

For me, my AR doesn’t fit in a nightstand either, but ten feet away is pretty close considering the locked doors and windows with alarm/sensors to alert immediately upon entry being made. But maybe I view that slightly differently because no windows in my bedroom are accessible without an extension ladder lol