I’m looking for insights from others who may have already gone down the road I’m traveling. Concealed carry has pushed firearms in the direction of smaller frames and shorter barrels. However, with shorter barrels, you tend to get slower muzzle velocities, less muzzle energy, and the risk of over penetration due to a JHP bullet not expanding as intended. As a starting point, my preferred carry ammo is Speer GDHP, which are reputable and, equally important, feed reliably in all my 1911s. Speer also makes a “short barrel” variant in 230 grain which has a larger cavity and is intended to expand reliably at the lower velocities expected from a shorter barrel (e.g. 3in vs 5in). Problem solved?

However, lighter bullet weights typically have higher velocities. I started looking into 185 grain JHPs which seem to have both higher velocities (bullet expansion issue resolved?) as well as higher muzzle energy. So why aren’t 185 grain GDHPs on all the shelves (present ammo availability issues aside)? .45 acp seems to be a 230 grain load by default. Even with a full sized handgun (5" barrel) I would think the higher muzzle energy would be a big draw for a defensive round. So there’s got to be a reason it’s not a default. What are the drawbacks of 185 gr compared to 230 gr. Is it just a psychological thing where people want to cling to the original? Or is there something else I’m missing?

@Jim80 When you get right down to it the difference is minimal, don’t over think it too much you get lost in the numbers.
I carry 230 grain in the woods (now 255 grain hard cast +P) and 185 grain on the street.

And go with what brand feeds best in your firearm.

I like the way my .45 handles, the smooth recoil of the 230 going straight back through my hand, wrist and arm, so I have never even considered the lighter round. I can’t imagine liking it more than the round that was designed for the 1911. Though, admittedly, I don’t own a 1911, I have a Beretta that is full-size, PX4 Storm in .45ACP. Well, used to, until I lost it in a boating accident.

My primary concern is over penetration if the bullet doesn’t expand due to low velocity. My EDC is a 1911 with a 3" barrel. That got me looking at the faster 185 grain rounds and noticed those loads also seem to have a higher muzzle energy (harder hitting). With all the .45 acp fans who prefer it because it hits harder than a 9mm, then why choose 230 grain over 185 grain? Are there disadvantages to the 185 grain or is it just because St John Browning (with military input) designed it around 230 grain bullets, therefore…

I managed to get my hands on a couple hundred 185 grain GDHP bullets so I figured I’ll at least experiment at the range with some handloads.

faster 185 grain rounds and noticed those loads also seem to have a higher muzzle energy (harder hitting). With all the .45 acp

That’s because the calculation for energy emphasizes velocity. The formula is
FPS x FPS x grains of bullet weight.
Then divide by 450,436 to get energy.

FYI in reference to the Hornady 45 auto 185 gr FTX Critical defense round 90900…there’s been a temporary hold on the original/normal nickel plated cartridges, in an effort to continue production.
Don’t be as surprised as I was on my recent purchase, I presumed I was being sold knockoff Horrnady from China!
That wasn’t the case, no pun intended. It’s due to the Brandon supply chain issues!

@Jim80 lol. It appears that you were thinking out loud, brother. Thanks for letting us join in, lol. Speer GDHP is a good round, cycles good for me, just expensive as all get out. I have to save them for special occasions, though I can’t think, for the life in me, what that special occasion could possibly be. They seem more like trophies I guess because of their expense, lol.

My concern is mostly the size and thickness of the target, a 300 to 500 pound Black bear would require a heavier bullet then a 200 to 300 pound human.
In winter clothes you would have to worry less about pass-thru then in a summer t-shirt.
If you are overly worried (and we should at least be considering the possibility) about pass-thru then maybe you should consider fragmenting bullets. 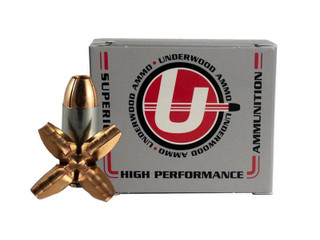 Something to think about
230 and 185 will have different impact points relative to point of aim.
185 is louder, compared to 230.
You will most likely have more muzzle flash with 185.

All that said, I carry Underwood 230 grain +P in the winter for the added penetration in case the attacker has a thicker outer covering (hide or clothing). I switch to 185 grain Underwood +P in warmer weather for the greater expansion and less chance of over penetration.

Speer GDHP is a good round, cycles good for me, just expensive as all get out.

A few years back, I was buying it in bulk (500-1,000 rounds), in 50 round boxes, for what they charge for target ammo today (~50¢/round). Now I only see it in 20 round boxes for $35-$40/box. Fortunately, I also loaded up on bullets, powder, & primers back then so I’ve been able to occasionally bring GDHP handloads to the range to make sure things are still cycling okay. At the time, that brought the cost of GDHP handloads down to at or below the cost of factory target ammo. At today’s prices, if you can even find the bullets, that alone is 40¢-50¢/ea.

I see a trend to his list. The only sub 220 is a copper bullet 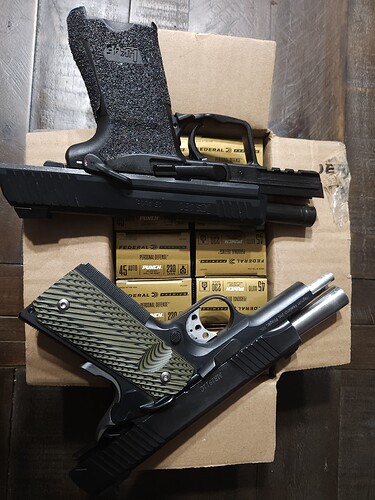 I see a trend to his list. The only sub 220 is a copper bullet

And it’s possibly longer than a copper jacketed lead bullet. Where does the sectional density fall for it?

I’ve always used 230gr JHP for defensive rounds. Thanks for the thread. Now I’m gonna do some research. 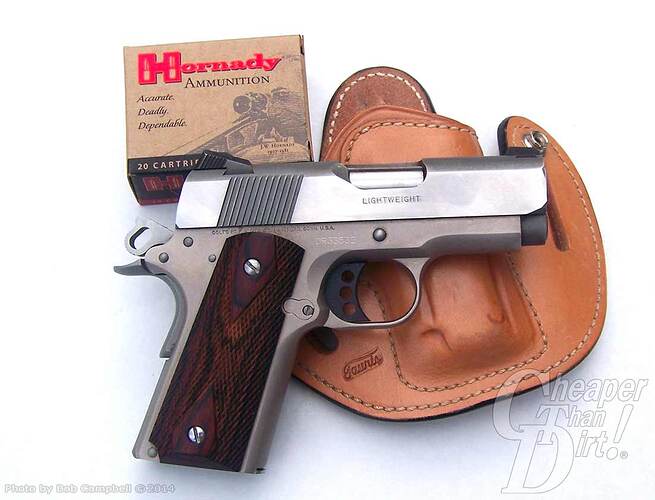 Short-Barrel Performance — The .45 ACP and Barrel Length - The Shooter's Log

The .45 ACP will exhibit difference in performance depending on your firearm's barrel length. Here's how barrel length affects the .45 ACP.

He didn’t though, really. And some of his data raises more questions. He’s getting an additional 300 fps out of a 5.3" barrel compared to a 5.0" barrel? His 185gr handload gets an expected higher velocity than a 230gr Speer GDHP for shorter barrel length but is slower than the GDHP for a 5.3" barrel??? The numbers don’t make sense and the anomalies ignored. At the end of the day, I think it comes down to bullet expansion and penetration depth and he only touches on that briefly, but also seems to imply a Sig 220 is a “short barrel” example. I think much more meaningful comparisons could have been done with all Glocks that have 5", 4", and 3" barrels and similar rifling, or maybe all the same make & model of 1911s with 5", 4.25", and 3" barrels. Barrel diameter and rifling also make a difference, which could explain some of his data anomalies between a 5.3" barrel Glock vs a 5" barrel 1911. There’s much about this article that leaves me scratching my head. But I do like that he touches on powder burn rates and its implications for barrel length.

I think the seminal comment was about “what feeds best in your firearm” You may be able to determine the optimal combination of barrel length, weight, velocity and penetration, but if it doesn’t cycle your 1911 you are S.O.L.

Absolutely! And 25 years ago, that was the only factor for me. But my only 1911s back then were full size. And when I got 1911s with 3" barrels and started carrying, I used the same ammo (Speer 230 gr GDHP) because it fed reliably. It wasn’t until a few years back that I saw Speer also sold a “short barrel” variant of their 230 gr GDHP that it got me thinking about velocity, expansion, and the projectile remaining in the bad guy. I realized that most ballistic test data for comparisons of JHP rounds in ballistic gel were using ~5" barrels. But the defensive handgun market has definitely shifted to compacts and subcompacts with shorter barrels. Finding good research has been challenging.

Fortunately, when I was buying JHP ammo in 500-1,000 round quantities to see how picky my 1911s were (e.g. they all hate Remington Golden Saber for some reason), I found out that my Sig 220 loves all of it so nothing went to waste.

But I do like that he touches on powder burn rates and its implications for barrel length.

I’m glad you posted this.