The prices across the board are skyrocketing.
Just grocery prices are up over 10%.
Our elderly got a little over a 5% raise in their Social Security this year and that doesn’t cover the grocery raise. Add fuel costs and it’s hurting the elderly terribly.
Who, other than myself, think our retired elderly deserve better.
An emergency raise in Social Security is needed for all. 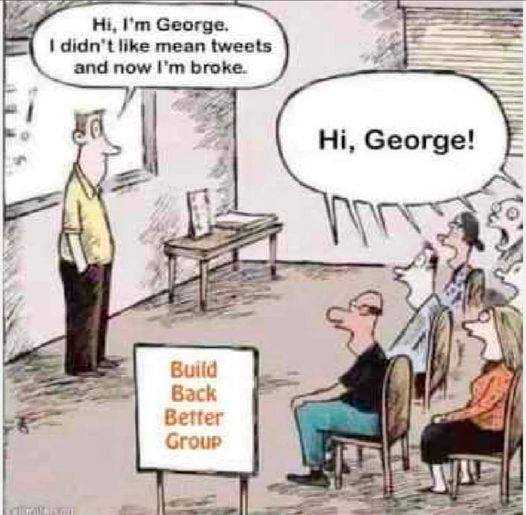 I didn’t plan on SS being my “one and only.”
Our raise as retirees was bigger than most working stiffs I guarantee.

Even the Bible says that.
Prov 22:7 : “The rich rules over the poor, and the borrower is slave of the lender

I was pontificating on my post, so condensed it quite a bit… apologies for the ramble.
Glad you saved that quote. Our society needs to be hit over the head with it.

The SS “increase” was offset by the Medicare cost increase …

If we don’t steal things back in November, consider them the doomsday party! Not kidding, we can’t overcome the rigging!
We must take it back by whatever means necessary or it’s all over!
From killing off farmers to un fueled truckers, from Sri Lanka to the Netherlands this is global and there’s only one winner, China!
I didn’t plan on going out this way!
The only reason I think we are holding on is because of the 2A.
But I don’t think it will save us!
Ever get the feeling your living in the Château D’If?

If all of this was the result of an unfortunate turn of circumstances I would be ok with toughing it out, buy a little less, drive a little less, play a little less but it’s NOT, this is all created, politicians have purposefully created this wreck.

Farmers protesting in Germany, Italy and Denmark iirc recently, it’s on YouTube. Govt mandating nitrogen (fertilizer) cutbacks in the soil. Meanwhile, the US of eh has a bunch of Chinese owned farmland, never mind the bill gates owned stuff…

As one of the elderly (and an economist) who lived through the Great Inflation of the 1970s & 80s, I can attest that this will not end well. Every economist worth his/her salt will tell you that inflation is a monetary phenomenon caused by governments that print money to finance social programs and/or military adventurism (wars). The Great Inflation traces back to LBJ’s deficit spending on the Great Society and the Vietnam war. Of course, today’s debt levels are several orders of magnitude greater than the 1970s.

The policy options are (none of which are good).

If they did nothing more than radically lower fuel prices (by drilling our own oil and natural gas like crazy), some of the inflation would ease up on it’s own.

But, of course, that isn’t going to happen anytime soon.

Hope to turn into Japan with soaring debt levels and economic stagnation, but which miraculously has not collapsed in a hyperinflation melt-down.

I would qualify this option with a note that it hasn’t collapsed into a hyper inflationary melt down YET.

As you pointed out this disaster has been decades in the making. Thanks to market manipulations, debt fueled bubbles and politicians kicking the can down the road we are in for a very bumpy ride. I think stagflation is the best case scenario. Believe it is more likely we go through some wild deflationary and hyper inflationary swings as more people become aware that this party is unsustainable.

Issue “Whip Inflation Now” buttons. Probably some still around from the Ford administration.

My high school swim coach had loads of those. Two of us on the team had our sweat suits plastered in them, other kids had various quantities… acknowledging a WIN. 1975-76 iirc.
Leave it to the government to turn inflation into a WIN.

Plenty of options, any real time solutions?
I’m guessing we can’t fix this with a few executive signatures!
Or a replacement in the White House ( not the one next in line ). We are more likely to survive nuclear war!
Doesn’t get any better than ducking under the wooden desk!
Maybe this is their solution for everything? 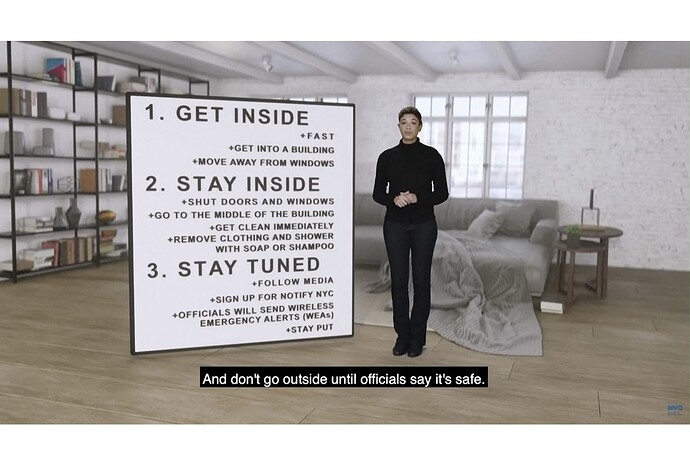 Don’t suppose there’s a solution in the Constitution?

I don’t think there are any real solutions aside from suffering the consequences of decades of irresponsible monetary policy.

Maybe something like what Iceland did after 2008 would soften the blow. Jail the bankers and forgive the debt of average Joes. But I don’t see this country doing that. The politicians here will likely just continue to bail out the banks and corporations and saddle the rest of us with trillions more in debt. 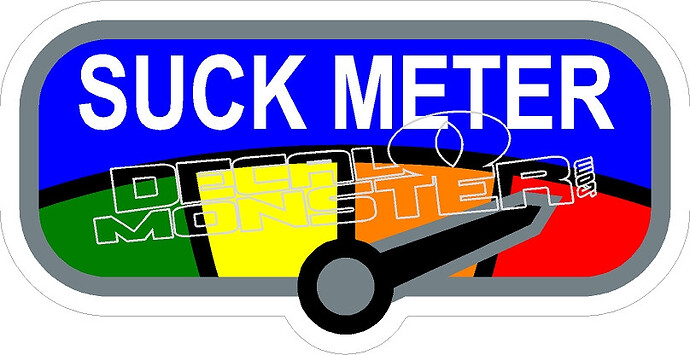 I think the Suck Meter is only in the Condition Orange now, We have 2 more years of Suck before
Condition Red.

The question is, Our elected officials are our employees correct? So if you have employees who are driving your business into bankruptcy wouldn’t you fire them and hire someone who can do the job correctly?