3 killed, 6 injured in shooting at Oxford High School in Michigannews

3 killed,8 injured in shooting at Oxford High School in Michigan

The suspect, a 15-year-old sophomore, is in custody, the undersheriff said.

I saw this earlier. I wonder if parents are to blame for accessibility.

Hmmm, we start to see people found not guilty of using firearms for self defense, and the political party that is against the 2A is going in the crapper. Also, the Maxwell trial. Then, boom, school shooting. Call me crazy, but, anymore these tragedies pop up when they need to demonize guns, and draw attention away from a major news story.

It’s terrible for the families, that the Michigan Governor was already making it about the guns. Why not demonize the shooter? Why not look at what drove that person to do it? It could be someone that finally snapped, after all the lockdowns, variants, and general state of society. It could also be, that the shooter is just a piece of garbage.

Call me crazy, but, anymore these tragedies pop up when they need to demonize guns, and draw attention away from a major news story.

I thought the same thing. Everytime gun rights seem to be poised to make a comeback there is a shooting.

Interesting that the shooter immediately lawyered up. I wonder if he will take the same defense of “bullying” that other shooter did who walked out the very next day.

I wonder if parents are to blame for accessibility.

People responsible for providing access to firearms to people who should not have them need to face stiffer consequences. Even during events/tragedies that only happened inside the home.

The car guy killed and injured twice as many people. Blame it on the car.

Also on Fox this morning, said his father purchased the firearm he used about a week ago. Sad.

The parent just bought the pistol a few days before the shootings. I put a great deal of the blame on the gun owner not safely storing the pistol. Period! He/She didn’t pull the trigger but must assume responsibility for This kid having access to it.

Just my opinions, but I’m sure they are shared by others.

If he is charged as an adult can parents be held responsible ??

We don’t know all the facts, but yes. If someone broke a law(child neglect, negligence resulting in death, etc) and enabled someone else to break a different law(murder, assault with a deadly weapon), you have 2 people who broke the law. They are both responsible.

Another look at the problem 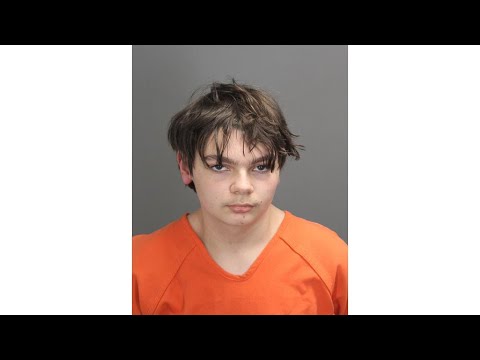 Good vid after I watched all of it. I see his point.