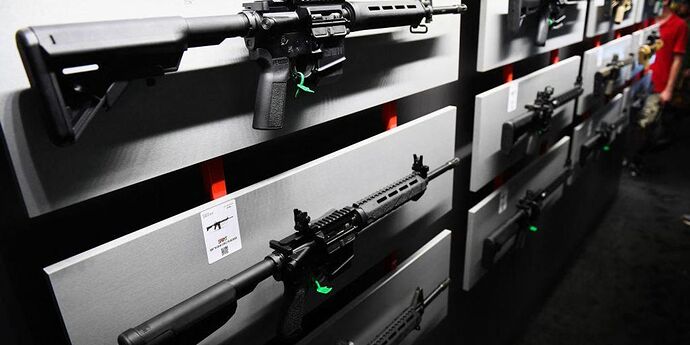 At its public hearing on August 2, the Boulder County Board of County Commissioners voted unanimously (3-0) to adopt five ordinances restricting citizens' ability to acquire and carry firearms in Colorado's unincorporated Boulder County, an area...

Will be challenged and struck down in court.

I’m embarrassed to admit it, but I used to believe local governments had the power to restrict firearms within their own jurisdiction. Some people still believe that, especially local governments.

Nibble Nibble nibble nibble CHOMP, that’s how they do it, they nibble around the edges so it looks small. Then they add a few “For your safety” bites then CHOMP! They consume the entire 2nd Amendment.

This will be over trued in the courts. Because the Supreme Courts has already ruled on things like this being unconstitutional.

I don’t think one has to be embarrassed about past beliefs. I think the most important thing is to be able to be self critical of one’s beliefs based on new or previously unknown information. That is how we grow. I also believe that is also how we can influence others to see our side of an argument, because we can understand where the other is coming from and can empathize.

What should be embarrassing is when new information arrives and we can’t change our minds because we are too “proud” to admit we might be or have been wrong.

I was watching an interview with someone that I think is a fantastic firearms trainer. He said that he is constantly changing things he does based on new training techniques he has either developed through experimentation, or from learning from others. That is a sign of a truly great instructor. They are willing to continue learning, and changing.

as far as concealment go every place that has a sign posted NO WEAPONS would have to either have a metal detector at every entrance or do a pat down search,it the weapon id concealed and does not print,it would be noticeable at all,and it is not the weapon,it is the person with the weapon!

I saw a post I think on here once; a dad had his EDC on going into a store with a Beretta 92 with the not permitted sign. The son asked dad didn’t you see the no guns sign? The dad replied I’m not carrying a Beretta.