The Aftermath: Tow Truck Operator on the Hook

Tow Truck Operator on the Hook

A disgruntled driver of an impounded vehicle showed up to retrieve his car but got into an argument with the brother of the towing company’s owner. The company owner later punched the driver, who got into his vehicle and drove a short distance away. The driver then turned his car around and hit the owner’s brother, breaking his leg. The company owner ran toward the driver, who was getting out of his car, and shot the man three times. The final shot was a fatal head wound. The tow truck driver claimed he was standing his ground, but the sheriff’s office concluded he was not in immediate danger. The entire episode was caught on video.

Does your state have “stand your ground” laws? Did your concealed carry permitting class discuss these laws?

My CCW class did a great job of explaining the defense laws, but also let us know that the laws and the enforcement were two totally different things. Omaha, Belleve, and Lincoln absolutely hate people defending themselves with firearms.

Used to work with a guy from weeping water.

Is the problem just in large cities?

Interestingly, Utah does have a stand your ground law but it was not discussed, that I remember, in the CCW class. My unprofessional opinion here is, if you leave and then come back you will probably be labeled the aggressor. But I always remember what the CCW class instructor said, “We defend lives not Stuff”.

The question of stand your ground in my state is firm. Any where I have a right to be is fair game, no surrender no retreat!
Only if my life is in immediate grave danger may I use deadly force. If I can escape I should, if it’s wise for me to escape I should.
In defense of the tow truck operator, soon no one will be able to perform their jobs!

Too much icing on the cake, drive a car through the window, cut the lawn too short, drive over the lawnmower, didn’t like the haircut punch out the barber. At what point do we take a stand? Enough is enough!
As far as I’m concerned, today, wokeism is a form of deadly force and will be dealt with accordingly!
After running over a sibling, friend, family member or my dog and you attempt the same at me, well, all bets are off! The “intent” is clearly an effort to do great bodily harm!

As long as driver was standing, kudos on the head shot! IMHO!
Why are we so afraid of the bad guy?
This is exactly why we have become a lawless nation! Did David run from Goliath?

Seems to be. Cass County is pretty good at defending 2A rights.

As long as driver was standing, kudos on the head shot! IMHO!
Why are we so afraid of the bad guy?

Surely a great and valid point until he pulls the .44 mag from the small of his back! Don’t give these guys all the credit, don’t think he was exiting the car to apologize with a handshake and a hug!

Yes! I watch way to many movies and live up to date news about the dregs of life we now have to live with, trust no one! And by all means if escaping with your life is valid, I advise doing so!

Better take note of the attempted attack on Lee Zeldin, this is normal life now! Take extreme precautions! And if the law permits, by all means stand your ground!

I’ve run before, and I still ate the business side of a double barreled shotgun, I’ve innocently parked in front of a local restaurant and chowed down on the open end of a .38. I’ve done my share of running.
It’s why I made sure to retire in a part of the country that believes in the sanctity of my life! I’m done running!

If this went down in the ‘50s what would law enforcement have done?
Would there be a court case?
How would it have gone? 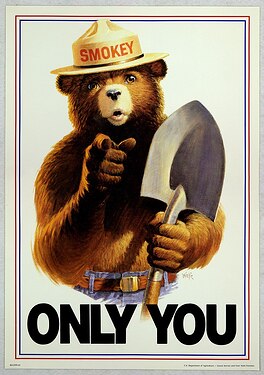 Can prevent crimes upon you! No one is coming to save you! If you’re not prepared to save your own life, get your affairs in order! Tell the kids and grandkids you’re sorry you let it get this far!

If we all backed down from a fight, Stalin or Hitler would still be in charge. Yes that’s the bigger part of the puzzle. Hitler once had his tank towed!
He got out of the tank also!
I’m not playing stupid games anymore, nor did the kid at the mall. “Innocent Lives Matter” for lack of a better slogan!

Surely a great and valid point until he pulls the .44 mag from the small of his back!

Buuut you don’t really get to shoot somebody because they might just pull out a gun, even though they have given you no reason to believe they have a gun .

reasonable belief is a thing.

Illinois does not have a “Stand Your Ground law”.
There is no duty to retreat before using force in public, however it’s always a good idea to avoid using lethal violence by simply stepping away from a confrontation.

was discussed during my CCW class. The “retreat option” was changed in defender favor, but I still use “stepping away” method for any confrontation. I don’t need to be a hero, I want to be a happy, free and alive Husband and Father.
Sometimes (like in the OP case) the pride is a stupid advisor.

Totally understand, just spouting! When we see on live TV people being attacked and then set free the moment the cuffs come off, there’s reasonable belief…
To @Jerzy point, when the time comes we’re not going to be in a position of escape! That’s the whole point of the attackers, is to corner you! Then take what they want, how they want. Wish we were back in the good old days when we had a choice, “your money OR your life”, no choice today!
Happy, free and alive requires sacrifice! I’m not running without my wife!

I was a cop in the mid 70s and what i was taught is nothing like today. Today, “officer safety” is taught as the bottom line… and the Lie is taught as the language. Constutional rights are largely ignored. It used to be that the bad guy feared the police, today law abiding citizens fear the police.

There is a difference between “to be cornered” and “stepping away if you can”.
Once I’m cornered, there is no law that prohibits me from defending myself using deadly force.
Hopefully it will never happen because I would take it as my failure.

I refer to the OP case, where using deadly force was really bad idea. (At least based on the information provided).

Agreed! I take USCCA advice, I avoid everything except doctors and grocery, who’s cornered now?

I can’t. I’m Illinoisan.
My only option is to stand close to the wall and watch my six. OMG… it’s almost like be cornered…

reasonable belief is a thing