Have you come across any comprehensive tests on how different calibers penetrate through stucco walls?
I’ve seen what a 32 short does when it hits stucco, and it barely makes a dent in it.
I’m fairly sure a 9mm won’t penetrate stucco, but I haven’t seen a test on it.
I do have this 4" diameter x 1" thick piece of stucco cut out of my wall for a bathroom vent - attached below.
But that’s about all I have available to test with myself for it.
My exterior is mostly stucco, with a little bit of wood siding, and then of course the windows and doors and thin garage door.
Neighbors are the same.
But I’m trying to understand things from all different angles and potential problem sites in the house.
Because I’m guessing in the heat of the moment, I won’t be able to ask the home intruder to kindly step to the left 5’ so s/he’s in front of a stucco wall.
So that’s another piece I’m trying to understand, at least for 9mm ammo - the ricochet aspect.

If I’m shooting at a home intruder coming at me down the hallway, and s/he ducks, and it hits the stucco wall, will it come back and hit me almost as if it hit a flat rock?
I’m guessing it could potentially if using FMJ round nose, and if all the stars were aligned in a bad way for me that day?
And even if said home intruder has a stucco wall behind them, and shooting at an angle, the bullet could then ricochet at an angle and out the garage door it goes.

Is something like Critical Defense HP basically the fix for both of those? So that once it hits that stucco wall or a stud it would lose most all of it’s energy and mostly stop at that point and not ricochet to much extent? 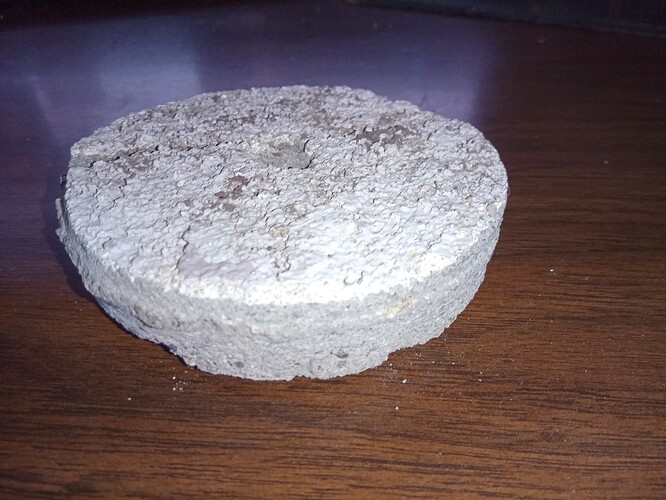 There was a study conducted in 1997 and published on Department of Justice Website:

Is it still valid? Hopefully yes, since the stucco seems to be really hard material.

I couldn’t find a way to look at the data from @Jerzy ‘s link but sounds like the bullets went through the stucco but they lost more energy then through the other walls. I think a ricochet would be unlikely unless you hit the wall at a shallow angle. Though it is never impossible. Bullets can do strange things. You can bounce them off of plastic with a shallow enough angle.

I have a few choke points/shooting lanes in my home where I know if I miss my target the bullet will not be heading for a neighbors house if it makes it through the walls.

This is the best I could find, I would think the stucco would do as well or better then the brick.

The brick will be significantly more resistant than stucco. They’re 3 5/8 inch thick and a bit denser than concrete. The stucco is nominally 1 inch thick. Only slightly thicker than the face shell of the lt.wt. concrete block. I would say any round making it throught the face shell of a block would likely penetrate the stucco as well.

I have stucco on the outside of my home and it is only half that thick. Also from what I have seen of stucco it tend to hang somewhat loosely and might be springy enough not to render consistent data ???

Ironically today I read about various concrete strengths. Stucco supposedly is made of a much harder concrete mix. Who really knows. As far as brick being more dense that concrete, I disagree. Brick is clay. However there are concrete bricks.

Light weight concrete used in concrete blocks typically has a density of 90 to 120 pcf. Normal weight concrete is 145 to 150 pcf depending on the amount of reinforcing steel. Soft clay brick is around 120 pcf and hard fired extruded clay face brick about 130 pcf.

The closest comparison to stucco would be the rounds on the concrete block in the video. Those that penyrated the face shell would likely pentrate stucco. Then have to factor in what the stucco backup is…chip board, insulation, drywall, etc.

Going out to the desert towards the end of August, so I’ll take my little 4" stucco with me to test. I’m not sure I can hit within 4" at 20’ - maybe once in 50 rounds.
But my buddy is much better, with a 45, so will see what happens with it.
I’m guessing, if I can hit it, with my 9mm, it will bounce off of it.
His 45 will probably crack it.
But I could be totally off on that thinking.
Will post back after that trip later this month.

My understanding is that one of the several reasons for many LE departments switching to 9mm is that it tends to penetrate through barriers better than .45

If neither penetrates than the 45 might have a better chance of cracking the plate due to the extra mass and larger frontal area. You will need to secure the stucco somehow or the bullet might just knock it over and deflect instead of passing through.