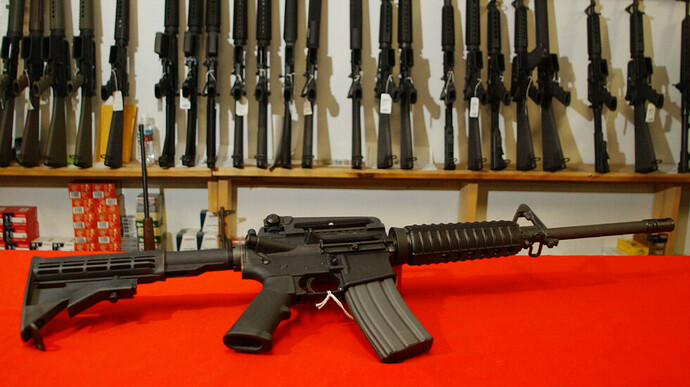 A federal judge in California ruled that the state’s ban on assault weapons is unconstitutional, a major defeat for gun control advocates as Democrats eye a federal prohibition on the sa…

Thank God for Federal Judges like this one here in California.
These type of weapons should be classified not as “assault weapons” but as " Crime deterrent weapons."
FS

Bad news: this is one judge’s ruling. Had another judge gotten the same case, it would have gone the other way. It’s almost certain to go to the 9th Circuit, and you can guess how they’ll rule.

Good news: the judge’s ruling is aligned to the “common use” test in the Heller decision from SCOTUS in 2008. That means if it gets up to SCOTUS, gun control advocates will have to argue that the justices need to overturn precedent.

“Today’s decision is a direct threat to public safety and the lives of innocent Californians, period,” [added Newsom]
“[T]he fact that this judge compared the AR-15 – a weapon of war that’s used on the battlefield – to a Swiss Army Knife completely undermines the credibility of this decision and is a slap in the face to the families who’ve lost loved ones to this weapon.”

With apologies to Californians, but you got what you voted for. You have a governor who things he can craft public policy that ignores the Bill of Rights. This is a dangerous argument. Imagine if he applied this same argument to the 1st or 4th Amendments. “The restrictions against unlawful search and seizure are a direct threat to public safety!” As a bonus, you have a moron who literally said we send Soldiers to war with AR-15s. Good job, California voters.

Hey, look at that! I’m practically Nostradamus!
For my next prediction, Winter will be cooler than Summer.