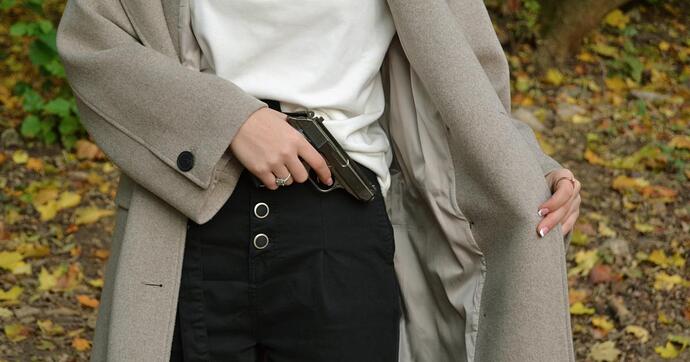 Lawful gun owners will always stop bad guys, it’s what we do. Now, if only that could be placed on television instead of the propaganda I see now, the world could become a more pleasant place to live.

Why don’t we pay for advertising, the good. Only “active shooters” get the fame. And that’s the whole problem! It’s their names we remember.
It’s time for a correction!
“HEADLINE” Mary Wilson lawfully takes down rapist with her .44 magnum. It doesn’t need to be graphic. But the media wants it graphic and deadly. They don’t care about life. As far as I’m concerned they are accessories before and after the fact, and the blood is on their hands not the 2A!

Sounds like a great story to me. Maybe the cover of Time. I fact checked it, every single serial killer known to man has been on the cover. Not a single good guy, ever! Are we seeing the problem yet?

There are more movies about Jeffery Dahmer and Charles Manson, but not a peep about the people who save lives.
Why isn’t Kyle Rittenhouse on the cover of the Rolling Stone, why was George Zimmerman exiled from life?

The 2A is a right, murder is not! We should be loud and proud! How about the guy at the mall, how many liberal lives did he save? At this point the only one I’m saving is me, myself and my loved ones.

A mall full of airhead, pot smoking, woke liberals and a mass shooter, ha! Not in my lane, I’m going home, he didn’t point it at me, I’m good! Y’all have a nice day! Don’t they get it! Someday a politicians kid is going to be in the midst of a bad situation and they will keep blaming the guy sitting at home performing maintenance on his gun, because he’s headed to the range the next day, for practice, sunshine and relaxation. Not to shoot up a July 4th parade!
All the while being demoralized and demonized because some wacko couldn’t get a date!
I get it, the wacko was a victim. Maybe NOT!

I like Massad Ayoob response. Go ask a Ukrainian! 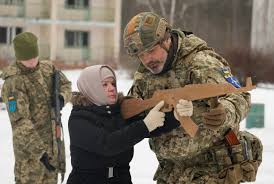 I’m guessing here, but I’m pretty sure she not interested in which bathroom to use or if the guy pointing a gun at her is a him, he, she, they, them, I do know one thing for sure, she will not hesitate to squeeze that trigger! The irony is our tax dollars are paying for the weapons of war and her training! GO FIGURE!

Great observation " I fact-checked it, every single serial killer known to man has been on the cover. Not a single good guy, ever! Are we seeing the problem yet"