Gangsters of Capitalism: Smedley Butler, the Marines, and the Making and Breaking of America’s Empire tells the wild story of a Marine legend 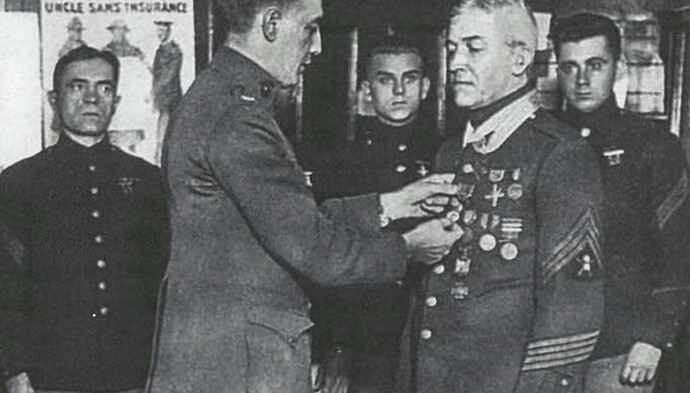 Dan Daly received two Medals of Honor but his name outside of the Marine Corps has been mostly lost to time. Here is who he was: 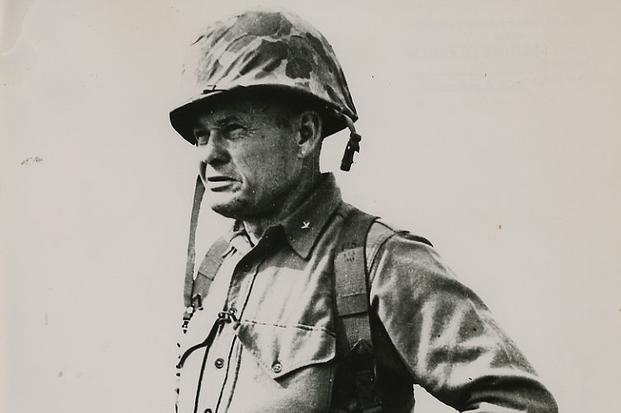 5 Reasons Why Chesty Puller is a Marine Corps Legend

Lt. Gen. Lewis "Chesty" Puller was a Marine’s Marine. A bonafide badass leatherneck, with the scars to prove it. Here are 5 reasons why this Marine is a legend. 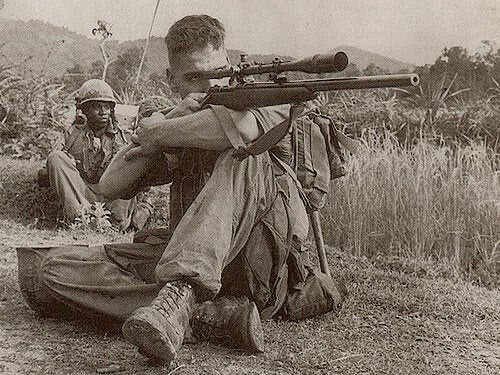 Gunnery Sgt. Carlos Hathcock is one of America’s greatest snipers. He joined the Marine Corps on his 17th birthday in 1959. He distinguished himself as a marksman in basic training, set a record that was never beaten at the “A” course at USMC Air Station Cherry Point, North Carolina, and defeated 3,000 other shooters to win the coveted Wimbledon Cup for snipers.

He was originally deployed to Vietnam as a military police officer in 1966 but was soon sent on reconnaissance patrols and then employed as a sniper.

In Vietnam he was credited with 93 confirmed kills including that of an NVA general deep in enemy territory, a female interrogator known for brutal torture, and the record-breaking 2,500-yard kill of a guerrilla with an M2 .50-cal. machine gun in single-shot mode.

Dakota L. Meyer is a United States Marine Corps veteran and recipient of the Medal of Honor for his actions during the Battle of Ganjgal on September 8, 2009, part of Operation Enduring Freedom in Kunar Province, Afghanistan.

Meyer was born June 26, 1988 in Columbia, Kentucky where he grew up and attended school. In 2006, after graduation from Green County High School, he enlisted in the Marine Corps at Marine Corps Recruiting Station Louisville, Louisville, Kentucky and was assigned to recruit training at Marine Corps Recruit Depot, Parris Island, South Carolina. After completing training to be a United States Marine he deployed to Fallujah, Iraq, in 2007 as a Scout Sniper with 3rd Battalion, 3rd Marine Regiment. He gained national attention for his actions in Afghanistan during his second deployment in Kunar Province with Embedded Training Team 2-8.

On September 8, 2009, near the village of Ganjgal, Afghanistan, Meyer learned that three U.S. Marines and a U.S. Navy corpsman were missing after being ambushed by a group of insurgents. He charged into an area known to be inhabited by insurgents and under enemy fire. Meyer eventually found all four dead and stripped of their weapons, body armor, and radios. With the help of some friendly Afghan soldiers, he moved the bodies to a safer area where they could be extracted. During his search, Meyer “personally evacuated 12 friendly wounded, and provided cover for another 24 Marines and soldiers to escape likely death at the hands of a numerically superior and determined foe.”

When men were men.

I have read many stories about Carlos, he was truly an innovator.

When men were men.

And weren’t afraid to salute the flag, sing the national anthem, pledge allegiance ( there’s a word a snowflake should be afraid of ) and put up with a little hazing, now and then!
That wasn’t “white rage” Mr. Mindless Miley, that was pure pride, courage, bravery and honor, words this generation doesn’t understand! One more, RESPECT!