Saw a fight - What would you do 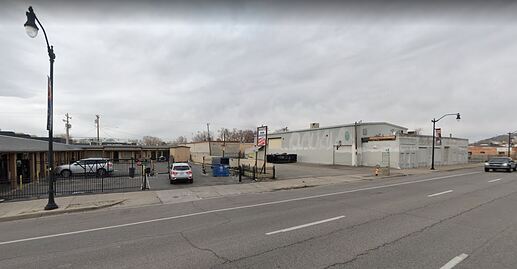 StSt1572×820 120 KB
Driving down State Street in SLC yesterday. I was just about where the headlights of that on coming vehicle are, stopped in a construction zone. Something catches my eye. Along the short piece of fence, under the red sign, I see 2 guys yelling and pushing, there was a woman standing on the sidewalk and a guy standing over by the dumpster. Next thing I know, they start throwing punches. One guy goes down and the other guy jumps on with a rather viscous ground and pound. Understand, this is not a hotel, it’s being used as a detox center with an occasional raid for prostitution. My first though was “I need to go help this guy…”. Then as I looked for a place to pull off my second thought was "Two guys fighting and a woman casually watching and another guy watching from nearby. Neither of them doing anything to stop the attack. What would you do? Intervene? Drive off? Call the cops?
5 Likes
mattm July 11, 2022, 10:56am #2

Seriously, not your circus, not your monkeys. Call the police, yes, but personally, you don’t have any idea who is who or what the fight is about,so stay out of it.

Call 911 to report and then be on my way. Be a good witness.

To understand the legal details in this and other possible situations, I highly recommend completing Andrew Branca’s Law of Self Defense course.

Agree with @mattm and @Craig_AR. Call 911 with the location and drive on. This can be a setup for someone to stop and intervene and then you get car jacked, robbed and assaulted. They may all be in it together.

That never crossed my mind but yea, they very well could have been trying to draw an unsuspecting victim in.

Call police while either driving away, or stopping and “parking” somewhere (across a street distance minimum) with dash camera view of the shenanigans while on the line with dispatch, vehicle running and in gear with clear routes to drive away.

Unless I had kids in the car with me then I’d just call and drive.

It would have to be a very drastic action for me to step in to aThird party situation. I’m talking a guy passed out on the ground and the attacker stomping his head type of thing.

Out source to the police. If the police don’t have a duty to protect you, neither do I.

Given the circumstances presented in OP, I don’t even think that should do it.

Now, if you’re walking through a nice mall, and somebody is getting head stomped on the ground while his apparent-wife is screaming in the background and everybody around is like holy WTF, that’s a different totality of circumstances.

Just speaks to every situation being unique and the totality of circumstances is such that speaking in hypotheticals is difficult/impossible.

Going through these Q&A with enough people over time, I think most people would get involved if a youth/child were the apparent victim, maybe if it were a female victim to a physically superior male (but that’s super risky due to the already mentioned reasons for domestics etc), and likely not if it’s two men unless you saw the whole thing from the beginning and feel that you know one is a pure innocent victim/defender…

…otherwise the risks, physical, emotional, social, legal, are just stupendous if for no other reason than because you absolutely cannot know all of the variables involved, the backstory, what led up to it, who these people are, etc.

Which sucks because of that old Edmond Burke quote and helping people in need.

Conundrum, it can be

I would be more inclined to not get involved in a mall setting. They have hired security and local police tend to wonder through more often.

As you said, every situation is different.

In this hypothetical scenario of mine there are of course no cops already getting involved. Lots and lots of mall place and time where there isn’t a cop or even a hands on involved security right on top of it.

The original Post was on a street. You then moved it to a mall w/o definition of who’s there. I’ve been in enough malls to know that during normal business hours, there is mall security and local cops walking around all the time. I can only work with what define and you left a lot undefined.

I bet I haven’t been to a mall in over ten years. Do they still have malls? Why would you go to a mall? Sears was attached to the mall and I used to buy Craftsman tools, but never went to the rest of the place.

My first though was “I need to go help this guy…”

We grew up in an age that assisting was the right thing to do! It wasn’t even a thought, it was instinct! My first thought today, not in my lane! Not my business. If they voted for Trump, I dial 911. Other than that let them eat themselves. Later I’ll tell you how I really feel!

Though I agree not to get involved. How do you know if a person voted for Trump. Do they have a sticker on their ass or a tattoo on their forehead?

Since it’s “later”, if I’m to get involved, I’m asking! Straight up, from the safety of my vehicle, out the window.
“HEY! WHO DID YOU VOTE FOR, TRUMP OR BIDEN?” 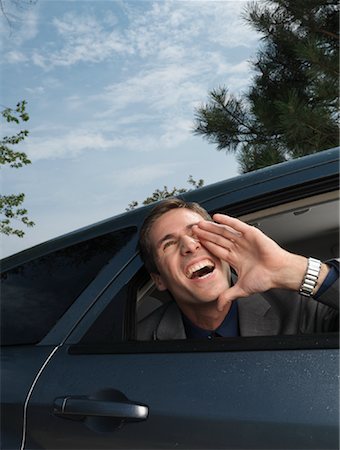 Probably a sure fire way to stop the fight! Trump, I dial 911!
Biden, C’mon man, you know the thing!

You made the right decision to not get involved. I’ve personally seen many encounters where someone intervened to break it up and the two people that were fighting each other turned and jumped on the person who was trying to break it up.

Yes, I widened the scope of the conversation.

With not enough information to determine who instigated the fight, who’s at fault, etc., it’s hard to get involved.
Even if you have all the information, who’s to say one of the parties won’t lie?
A nephew got punched out for helping a woman who was being beaten by a man who turned out to be her husband. This woman later sided with her husband when other people intervened.

I didn’t stop nor did I call the authorities. When I came back by there were cop cars sitting there so the police did eventually get involved.
This is what I DID DO.
As a martial artist and hand to hand self defense instructor, I dissected both the attacker and the attackee.
First the attacker:
He was completely out of control, basically flailing at the guy, full on blind blitz.
He had no defense, he was wind milling so his face and body were fully exposed.
He allowed the other guy to get way way too close. They were nearly chest bumping before the attack.
Once he was exhausted he stepped back and allowed the guy to get up.
The attackee:
He had plenty of room to retreat/run but stayed in front of the attacker.
He had no offense, he didn’t even try to fight back.
He covered up to the point there is no way he could see the attacker.
He had no defense, he stood still in front of the guy and took the flailing punches.
Once on the ground he went fetal giving the attacker unmoving uncovered targets.
When he finally stood back up he stood still in front of the attacker, yelling.

Basic hand to hand defense technique could have been very helpful here.