Looks like the American public still believes they have a right to Bear Arms! 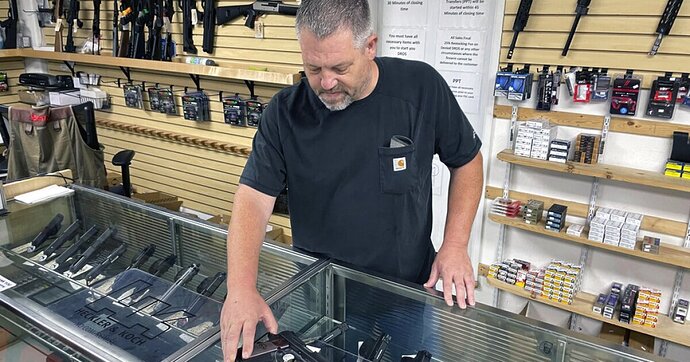 Gun sales in the United States have passed the 1 million mark each month for nearly three straight years, a record being driven by people who seek to arm themselves for protection against criminals, according to new data.

Funny, as I just saw an article talking about how sales plummeted…the comments set the author straight, for sure

Is that a better excuse than boating accidents?

Just have to finish this month’s vacation then I’m in the market again for another handgun.

I just got a Mossberg shockwave to add to my home arsenal. A scatter gun could be better against an invasion than my M&P.

Instill fear and distrust in our nation, threaten to defund the police, let rioters run unchecked, hamper the ability of police to maintain law and order, and fricking OF COURSE people are going to arm themselves.

I’ve gone from zero handguns three years ago to three today, each for a specific purpose.

I went to my LGS today to buy a pistol. I had a few in mind I was willing to walk out with. They didn’t have a single one of them! Buddy who works there said sales were surprisingly high still for summer and considering the year/two ago rush. So I left without a new gun. But for a good reason. That’s good.