We’re launching a new weekday post series today to give you a few of the latest news articles about firearms, gun legislation, and the Second Amendment.

We’ll be featuring 3 to 4 articles a day to kick off the thread. Please add the new articles (posted the same day) you see to this thread! 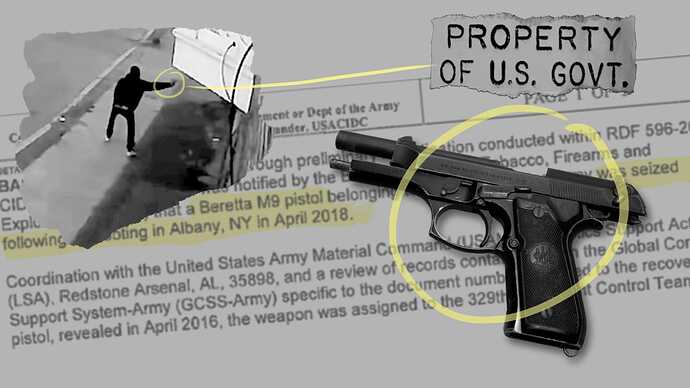 Stolen military guns have been sold to street gang members, recovered on felons and used in violent crimes in the Unites States.

Texans can carry handguns without a license or training starting Sept. 1,...

Abbott, Lt. Gov. Dan Patrick and other Republicans who were initially noncommittal about the bill were under immense political pressure this session from conservatives and gun rights advocates, who have long lobbied the Texas Legislature for...

What are your thoughts about these articles?

What other firearms or Second Amendment-related new articles have you read today?

I had another version of the stolen military firearms article. They’re low on details, but from what I can gather, they’re deliberately stolen from those who have vault access, or from those who are handling them while they’re in transit.

Just had to throw this out there because I’ve already seen a lot of people unleashing their ire on what they believe to be lazy, undisciplined Soldiers… kids these days, and all the normal stuff. Nothing I’ve yet read supports that conclusion.

I was really disgusted over this stolen gun news - FOUR shootings? I’d like to see a full investigation of this - what about the personnel responsible for its disappearance in the chain of custody? I realize that government weapons caches can be prime targets, but I also thought they were supposedly under armed guard and strict accountability.

That’s why they’re talking more about deliberate theft from a vault (which should be inaccessible, in theory, except to authorized people) or thefts in transit. The latter meaning that containers are cut open and weapons stolen, so that the theft is not detected until they arrive at their destination. This isn’t Joe walking off the base with a firearm (although that does happen, too, on rare occasions).

I, too, would like to know more about the investigations. Was anyone caught? Was anyone punished? How often are weapons recovered? Have processes been changed based on lessons learned?

Saw this the other day pertaining to the first story. 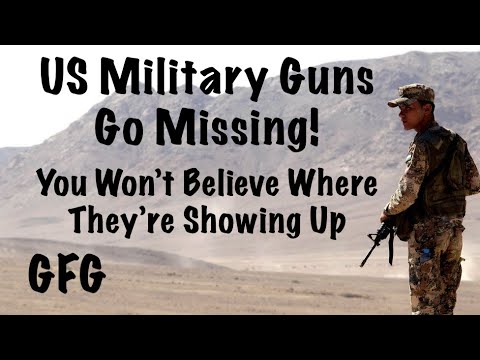 Not surprised about the stolen military weapons! My old First Sgt here in Florida stole weapons from a previous Iraq deployment, sold them on the Black Market. Now sitting in Federal Prison. The military has gotten too lax! Sad state of affairs in America today😔

Or they are willfully being sold😳

Now sitting in Federal Prison. The military has gotten too lax!

If he’s in prison, sounds like the system is working. At least on the back end. Maybe we need more controls earlier on, but as you know, weapons are already tightly controlled. I know there was a ton of waste in Iraq. I’ve heard similar stories about WWII vets sneaking equipment home, though, so I’m not sure this is a new issue on large scale deployments.

It’s difficult to say without more information, which the U.S. Army hasn’t really shared, yet. So far, this is all coming from data the AP was able to pool together. Policy makers are going to need better data.

My wife participated in a drug bust that turned out to be stolen military weapons sales too. They escorted her off to safety after realizing what they were up against. She was a CJ student intern.