You didn’t accomplish a thing except expiditing lawsuits you pig 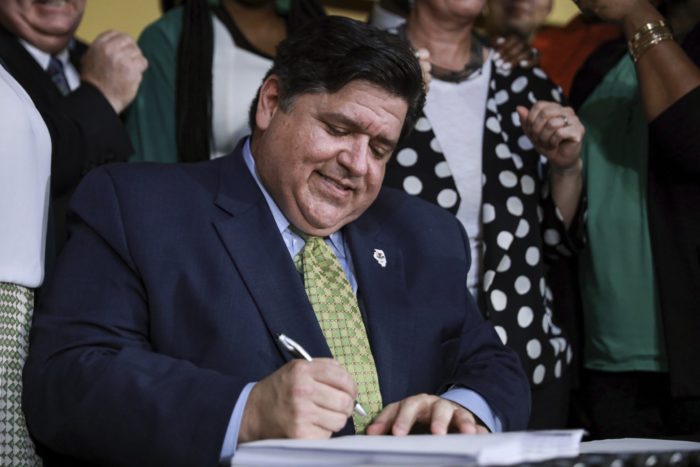 ◀Previous Post Next Post Coming Soon...▶ As you read earlier, Illinois Governor J.B. Pritzker rushed to sign a new gun ban into law within hours of its passage by the General Assembly. Pritzker proudly praised the legislators who ignored the rule of...

I think we have multiple threads on the Illinois gun ban. I wonder if we could consolidate them so we don’t miss something as the story develops?

Sorry about posting this thread

A post was merged into an existing topic: Illinois Assault weapons ban

Im bothered by your reference to swinezer as a pig. That is an insult to the providers of bacon, sausage, ham and other fine table fare. But i will get over it.

Im bothered by your reference to swinezer as a pig.

when I first saw your response 1st thought oh lord what have I triggered now.
then I finished it and LMAO

Illinois will have to build more prisons to house the new criminals.

Color me cynical, but I would not be surprised if they emptied out all of the felons currently residing in the prison system. Just so they would have room to put in all of the newly created felons who were law abiding citizens.

Illinois is the prison.

Crying, moaning and lamenting doesn’t help and change nothing.

I’m not a prisoner of anything… especially Mr JBP

But, you don’t live in Cook County

What the heck is a “Cook County”?

Is something next to Guacamole?.. I meant Guatemala?

Illinois is the prison.

Chicago is the prison located in Illinois.

The problem is that the walls around Chicago aren’t high enough. Illinois needs a 30" wall separating Chicago, both physically and politically.

I wonder if things would change if Illinois governors had to retire in Chicago, instead of that plush little penitentiary in the central part of the state?