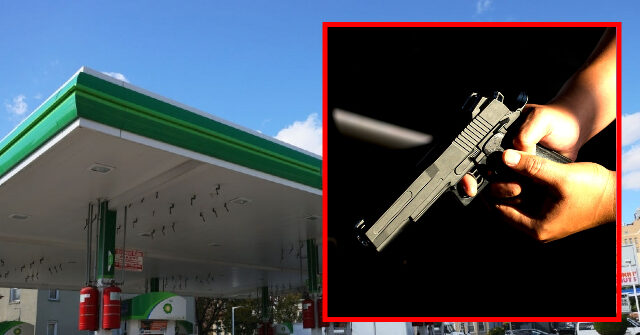 The Jackson County, MO, prosecutor's office announced this week there will be no charges against the woman who shot and killed 41-year-old firefighter Anthony Santi on October 6, 2022, as he fought with her boyfriend over a gun.

Thanks for the stand your ground law,she did what she had to do with warning,as for the felon with the weapon,he deserves what he gets,that is a case of letting his temper rule what he did

This is one clear example where you can see that getting involved is definitely not a 0% chance that nothing will happen to you. Can you afford to live with the consequences of getting involved (Death to you, Serious Bodily Harm to you, or even Jail time)?

I find it pretty iffy that this situation had been interpreted by LE as self-defence, let alone SYG.
The woman was “defending” a thug who at that point was tresspassing, and made threats. Isnt this called being an accomplice?
She shot the firefighter in the back, and this is still SYG?

Her life was not in immediate danger, that’s murder IMHO

If the firefighter was choking (neck hold) on the thug, her defense can be that she feared for the other’s life and was defending it. Self defense applies to YOU, and OTHERS in imminent danger. Would a reasonable person actually think that? Very possibly. Remember that in court the fact that she shot a firefighter and that her boyfriend was a thug, would probably never be given to the jury.

So my advice is don’t get yourself into these situations if you can avoid it.

Her life was not in immediate danger, that’s murder IMHO

Not only that, but in the video clip in the story she screamed that she was going to kill him.

Yes, not a fight he should have gotten into, though once he did, then, as the felon was armed, he could not let him get control of the firearm, as he made threats against him.

Bad decision to initially get involved, cost him his life for what? I get the feeling of bravado getting in the way of rational thought. Seemingly the stronger man was wanting to teach the weaker disrespectful man a lesson. Too bad for him - the girlfriend retrieved the handgun. Criminals do not have the mindset of law-abiding citizens. Their morals and ethics are not based on value system we use. If they did, they would not be criminals.

It cannot be overstated, “Know Your States’ Gun Laws.”