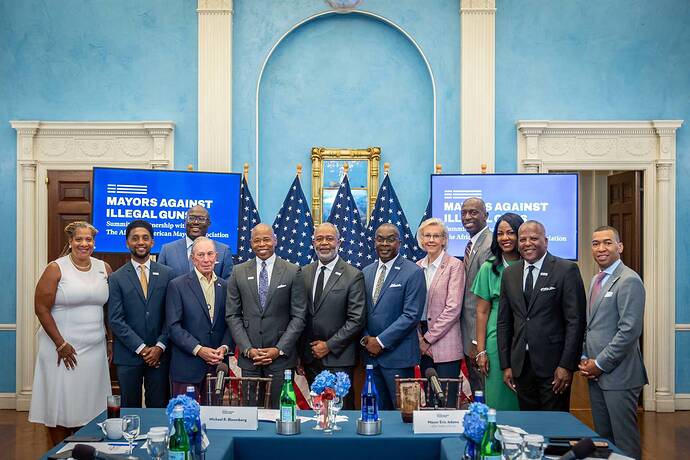 What The US Mayors Who Demand More Federal Gun Control Laws Have in Common -...

◀Previous Post Next Post▶   Dozens of mayors from America’s biggest cities are demanding the U.S. Senate pass more gun control. “We write to urge the Senate to pass during the lame duck session gun safety legislation that has passed the House…,”...

And they all are mayors in cities that have strict gun laws and the highest murder rates in the country. And it is because they refuse to put criminals in jail where they belong. And they also won’t let the police do their job to go after the criminals. Not to mention that they also have defunded their police forces as well.