What ever happened to shooting looters?

there are three basic elements to consider when using deadly force:

Simply because an individual is possessed of a ballistic weapon, does not automatically qualify him as an immediate threat to life when there is opportunity to intervene; as in, there are steps that must be taken in a sequence of action, prior to the suspect being in a position to cause a lethal result. An example is if a suspect is standing with a gun, and the barrel of the gun is pointed towards the ground, in the air, or in any direction other than at a person, there are still steps required, before the suspect can cause death, meaning he or she is not an immediate threat. This aspect of the criteria does not preclude lawful preemption, but preemption should not occur prior to an individual making a movement to situate his or herself as an immediate threat. What is meant by this, is, if an individual is standing with the gun in hand but at the ground, preemption shouldn’t occur prior to the suspect making a move with the weapon. With the weapon pointed at the ground, he cannot harm anyone until he changes the direction the muzzle is pointed. Yet, if he or she begins to change the direction, preemption by the police is lawful, because if the suspect targets an individual with the weapon, there are no steps in between a person firing a weapon, once a target is selected. The preceding is an example of what is intended by opportunity to intervene in the sequence of action, and this is the focal point of establishing whether an individual with a ballistic weapon is an immediate or imminent threat.

Are you willing to chance jail time?

I am sorry, but that is so much snowflake hogwash. If you are in my store with a gun drawn for no apparent reason, I am not going to give you a chance to shoot someone who does not deserve shooting. You are going to be the shootee. If you initiate an aggressive move I am already behind the eight ball. Reaction take more time than action. If I start to draw down on you, unless something intervenes or I miss my shot, I am going to get off the first shot. I may miss or my gun may misfire. Do you like playing against the odds? Because if you allow the person with the gun to make the first move, the odds are that you will lose.

If you are in my store with a gun

That would be different would it not than just happening to witness a store being robbed. Just remember though, are you chasing the person down or are they being the aggressors? If it is your own store and they have a gun pulled out, then you are talking the Castle Doctrine aren’t you? To be a person who just happens to be at the store it still is a choice of taking a chance and rolling the dice to see whether or not you did it right or if you have a good lawyer. That is the chance I was talking about! A scenario that may or may not be a simple as it seems.

then you are talking the Castle Doctrine aren’t you?

I personally would like to see more accountability with criminals. Arsonist, mobs, looters destroying entire blocks in their twisted view of protest. How about honest citizens rights to invest and operate a business without fear of it being burned to the ground or looted? I loved seeing heavily armed citizens standing up in certain areas during the George Floyd debacle as saying “Not In My Neighborhood”. I would like to see appendages removed for repeat criminals, chain gangs cleaning up our highways, and prison being a place you never want to experience a second time. I like the idea of hangings in the public square. Those who release these predators should have some burden of accountability if they victimize again. It happens all too often where criminals with multiple felonies for violent crimes are out walking free. Imagine the frustration of law enforcement in our cities like LA, Chicago, Atlanta. I kinda like the old western movies where the marshall deputized the citizens to protect the town.

chances are, even if you were in the right you will still need a good lawyer.

amen to that brother but it will never happen

I posted this as I figured it would actually provide good comments - and it has. I agree it depends on where one is located during the event.

I am a carpenter and use my hammer for a lot of things where there are better tools. People say when you have a hammer everything looks like a nail. I don’t want that to happen with a gun.

While I recognize that it is illegal to shoot people for theft in many states, I don’t think it should be. There’s a clear constitutional link between property and our right to defend it. The line “life, liberty, and pursuit of happiness” is from John Locke’s line “life, liberty, and property”. From what I’ve read, it was originally a direct quote, but was later changed. Property is the fruit of our labor. It is an extension of ourselves, and we should be able to defend it as we would ourselves, in my opinion.

I would like to see appendages removed for repeat criminals, chain gangs cleaning up our highways, and prison being a place you never want to experience a second time. I like the idea of hangings in the public square.

There are places in the world where you can go to receive that kind of justice.
You will only get happy endings if you conform to opinions of the “in-crowd”. 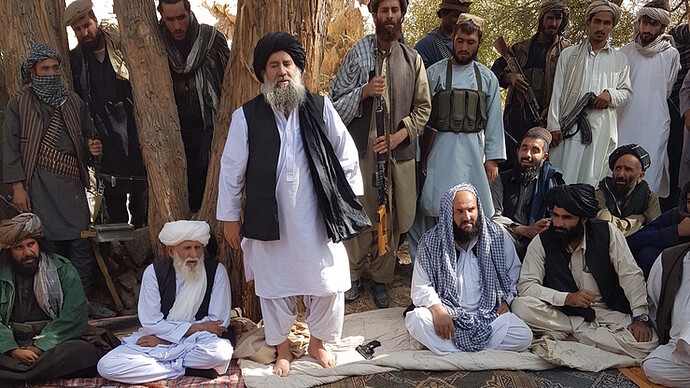 …most states if not all have laws saying you can defend a third party when death or serious bodily harm is happening. brandishing is generally falls into that category…

I don’t know about “most states”. In my state menacing (there is no “brandishing” statute) is like a 4th degree assault — by itself would not justify use of lethal force.

I also remember that when I was a kid, my dad told me that during martial law looters were supposed to be shot. I understood that that was under exceptional circumstances (martial law because of war, natural catastrophe, civil unrest, etc.)
This was in the late 1970s, in Chile, under Pinochet’s dictatorship.

Now, we all have seen videos of looters, under varying circumstances. Some of them were stealing large LCD TVs, and others toilet paper, or food. Would you shoot them?
What if one of them was your estranged son, or your son-in-law?
What if YOU (hopefully never, but…) find yourself in a desperate situation and do whatever you need to do to get some food for you and your family? There’s a Walmart, everyone is taking something. You’ll probably be carrying. Others will, too. Would they have the right to shoot at you, if they see you running with some groceries, batteries, flashlights, that you obviously just took without paying for?

And meanwhile, there are predators who have over 20 felonies walking free. Are you okay with that? How much is enough? Behind every crime is a victim plus the burden of incarceration, trials, etc paid out of our tax coffers. My message is, Don’t Be a Criminal!. Our current liberal judicial system doesn’t change behaviors.

Are you okay with that? How much is enough?

It’s that darned Constitution again — always trying to interfere with summary justice by its pesky Bill of Rights.

So — we’re forced to acknowledge that an accusation is not a conviction (5A); but we have been unable to provide accused persons with a speedy trial and competent defense (6A); and are proscribed from requiring excessive bail (8A) while our system gets around to its obligations. I don’t even want to get into the failures of incarceration and parole systems to meet the obligations of the 14th and 15th.

I am certainly not pleased that guilty persons have wandered free since the invention of humanity. But you and I are not protected by our system of laws if the people you believe to be criminals-at-large are not also protected. The solution lies in making the system work, not working to defeat the system.

It can be a frustrating arrangement, but justice is not free or easy.

In 1993/4 Comrade William Jefferson Clinton fired 93 U.S. attorneys and replaced them with “liberal” (see leftist) growing soft on crime attorney’s. Our “justice system” is bordering on non-existent. During the recent year of thugs, dirt bags, and punks the “glorious” state of California released convicted murderers to “house arrest”. If you know who Mark Levine is you might get his book “American Marxism”. Mark is on FOX on Sundays. The guy is brilliant and you really have to concentrate on his work. The book is chilling and not only historical in it’s insight but dead on as to our present situation. This is deliberate and intentional. If you look at the histories of once free countries there’s a pattern of first weakening the law and ultimately establishing a “police state”…IE: their equivalent of a a gestapo…no more community police as we know them now. More recently this is just what Hitler did in Germany.
Also, virtually ALL countries now under dictatorial rule where first disarmed. Clinton tried to push this in the 90’s but his fellow “demorats” were “concerned” the timing just wasn’t right yet…fast forward to today with more bloody “laws” on our 2nd. Amendment rights that only law abiding citizens pay attention to…vs. the deliberately laughable “criminal justice system”.
This is not a “chance” happening, it’s deliberate and intentional.

They have to let them “leave” the store, else they haven’t stolen anything yet. Then they apprehend them in the parking lot.

I hope she wins big. 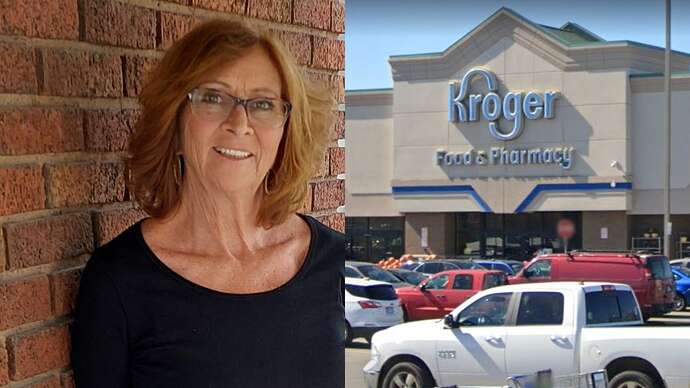 Beverly Bennett of Michigan worked at a Kroger store for more than three decades. She filed a lawsuit against the grocery chain for her firing, which came after she thwarted a shoplifter attempting to steal a cart full of alcohol.

You said “since the invention of humanity “. I believe humans are the creation of god. I don’t want to get into an argument of which god or there is a no god. I only want criminals dealt with in the best way that they will allow them to be treated. But there is a crowd/generation/crooks who don’t care no matter what. That’s a simple truth until they are forcibly stopped and made not to hurt or steal or kill, they will do it until their ding day. I would rather see-them put down like a rabid dog than keep them in a cage util they die with 3 hots and a cot with free medical util they expire.

What’s more inhumane; keeping someone in a cage for 23 hrs a day or execution?