What Are They Afraid Of? 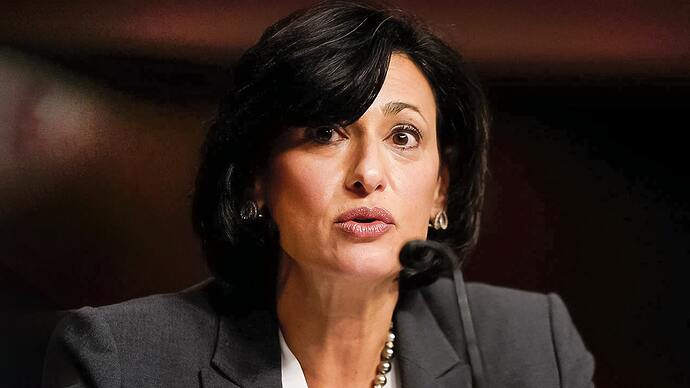 Republican lawmakers are pressing the CDC to reinstate data on defensive gun use after removing it from their website. Gun control activists had argued the data was wrong.

“This censorship panders to the activist groups who aim to cover up the fact that much of the firearm industry prevails because consumers seek the ability to protect their life, liberty, and property.”

Just a guess but I think their stance is using a firearm in defense is not worth of emotional stress. I don’t know what they actually removed.

What is a firearm injury? Learn fast facts of firearm violence from the CDC Injury Center.

What I mean is I would like to see it but like you said they removed it. It is too difficult for me to accept that they removed it for political reasons or even anti-gun reasons. I could half heartedly accept that they didn’t want me to use a fire arm for defense if they thought it would be to emotionally traumatizing to live after being involved in a defense situation.

What I mean is I would like to see it

Ask and you shall receive! Nathan57 just provided it for you. Boom! Done! Ain’t God good?!

The TRUTH shall not be infringed!

The only Data I heard is 60,000 and 2.5 million. Is that the only data that was removed? I think a more prevalent fact and one we should be more focused on is the psychological affect of being in a violent situation. Not that I am saying that someone didn’t do their due diligence in getting that information that was removed but we should set out to prove that the psychological affect of being in a defense situation are not as bad as loosing a innocent life in a defense situation. Just my 2¢. If the data was put back would it make a difference?

I think a more prevalent fact and one we should be more focused on is the psychological affect of being in a violent situation.

Hmmm, now that’s another argument which is not germane to gun rights and gun control agenda (per se), as it is more about a holistic view of concealed carry and home defense fundamentals.

Certainly everyone “should” consider more holistically the aftermath of a self-defense or critical incident involving a firearm, i.e., the physiological, psychological, legal, financial, and moral affects. It is a valid argument that many people do themselves a disservice by not understanding these ramifications, yet it is their choice. We must continue to advocate for training, but not strip “everyone” of the right to keep and bear them. That’s a whole other argument.

I will table it for another day.

Should the Lord tarry, we’ll be right here.

And so we wait.

Yes, I believe that is most likely correct. I, having been (still am?) a pacifist, had to put a lot of thought into the idea of self-defense/defense of others (my family). It took a long time for me to come around to the idea that harming someone trying to harm me or my family was a far better option than the reverse. I had to dwell on that for a long time. That is no longer an issue for me.

My in-law’s argument was quite conclusive - it is not up to him (former LEO now) nor any other LEO to protect my family and me. It was my duty to protect his sister and my child, and to protect myself so they have a father and a husband. That made it quite black and white. It is my responsibility and no one else’s. It is my responsibility to neutralize the threat. That is not emotion, just reality. The consequences are what one deals with afterwards. Stopping the threat is what matters if and when it happens upon you.

One can attempt to mitigate the consequences pre-event through training, etc., but you will not be thinking about that mitigation while neutralizing the threat. You will be focused on defending self/family. Consequences will be an after-thought - as they will need to be right then and there.

Re- Your original title for this thread (what are they afraid of)- they have an agenda and it’s part of a much larger plan in my opinion. The only way to achieve the goals of this plan is to have everyone reliant on the gummint and to not voice any opinion that doesn’t align with their goals.

One facet of the plan is to disarm the populace and have them reliant on Law Enforcement (whose hands will be tied by the higher ups)- we’ve already seen this in play in the orchestrated riots in 2020 and 2021 (I remember news stories of pallets of bricks mysteriously showing up at daybreak on street corners in downtown Denver on the mornings of planned and well advertised “demonstrations “ as well as videos taken in Denver of the busses packed with “local protestors” rolling into town),

Having news stories floating around of the “good guy with a gun” is counter-productive to shoving something down the throats of law abiding citizens that is against that pesky constitution that they can’t figure out how to circumvent. They’ll keep trying to chip away at it, but since the law abiding armed citizen saving lives doesn’t align with their goals, they’ll keep the pressure on the Lame Stream media to keep those stories under wraps.

@Charles230 I agree totally. This administration’s agenda is to completely disarm, not just BAN AR-15, but ALL ASSAULT WEAPONS (handguns included). During November Elections when Biden Visited NM (Blue State), he said, " I WILL BAN ALL ASSAULT WEAPONS!", while people cheered and clapped. Sad for law-abiding citizens that legally carry to hear those words.

Isn’t that what we are afraid of? Is that why we carry guns. Maybe they think we are the tyrants.

I guess some of us didn’t get the memo.

Nothing good can ever happen if a good guy with a gun is involved.

FUGIT. I am going home

.
SO LONG AND THANKS FOR ALLTHE FISH .

No, we are not afraid of individuals (The People) having too much Liberty. Now, the government, they might be.