I completed my required LTC Training course and made an appointment to file the application with my local PD. They scheduled my appointment four weeks out from the date I called!!! ( I live in a mid-size town on Cape Cod )

After getting fingerprinted the physical application process was complete. I asked about the estimated turn-around time and was advised it could take up to 4 months!!! WOW!! 4 Months??

I don’t have any law enforcement record and have only lived in two states my entire life.

Anybody else in MA recently applied and how long did it take you!!

Took me 3 weeks, some years back, small red town in CT…but here’s info. related to you. 222 pages 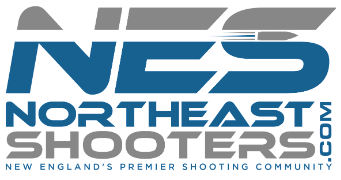 How long did your LTC-A take in your town???

Hey all, I was wondering how long the process took in your towns for your LTC-A. I live in Fitchburg, and my wife and I dropped our off 1/23/09 interviewed and printed same day[smile]. Thought this might be a good thread so newbies get an idea how...

In my opinion we have virtually reminded the 2A because we continually allow government on federal, state and local government to severely infringe on our God given rights. Imagine a Buddhist monk leading a Christian worship service or a Catholic priest allowing non-Ordained priest to preside over the mass or absolving sins in confession (which beaks apostolic succession making it invalid and illicit, a serious issue). Shame on the government and shame on us for not replacing that government.

We all up the creek without a paddle. Now the only way to get our inalienable right back is by force. Concealed carry laws are merely the result of government stealing our rights and selling them back to us at a steep price. The real price is loss of freedom which is unconstitutional.

I’m just waiting for the law that holds Instructors liable if one of their students goes on a shooting spree.
They’re crazy enough to try and pass one.

That would be like suing the makers of Budweiser for the drunk driver?
Or suing Ford for building the car the drunk drove?
Or suing Remington for a deranged individual using a gun?

just had a couple back n’ forths w/ blumenthal…he’s more vehement than ever, so I suggested he put his “common sense gun control” laws in ALL CAPS, as criminals just seem to ignore them, yet the law abiding are hurt by them.
As far as Remington…here’s the background allowing them to be sued. As Paul Harrell on Youtube says “you be the judge.” Personally, I blame the town, especially the school system, who found this kids writings so violent that by second grade they couldn’t be shared with his classmates…yet they never.did.anything.

Among the documents obtained by The Courant is Sandy Hook shooter Adam Lanza's mass murder spreadsheet that contains hundreds of killers.