vote November 8th like your life depends on it

One day a man named Truth and a man named Lie stood by a river just outside of town. They were twin brothers. Lie challenged Truth to a race, claiming he could swim across the river faster than Truth. Lie laid out the rules to the challenge stating that they both must remove all their clothes and at the count of 3, dive in to the freezing cold water swim to the other side and back. Lie counted to 3, but when Truth jumped in, Lie did not. As Truth swam across the river, Lie put on Truth’s clothes and walked back in to town dressed as Truth. He proudly paraded around town pretending to be Truth. Truth made it back to shore, but his clothes were gone and he was left naked with only Lie’s clothes to wear. Refusing to dress himself as Lie, Truth walked back to town naked. People stared and glared as naked Truth walked through town. He tried to explain what happened and that he was in fact Truth, but because he was naked and uncomfortable to look at, people mocked and shunned him; refusing to believe he was really Truth. The people in town chose to believe Lie because he was dressed appropriately and easier to look at. From that day until this, people have come to believe a well-dressed lie rather than believe a naked truth.

Recognize truth and vote November 8, we need to make it harder for the liars to destroy and create votes in the middle of the night!!! America will never be a socialist/ communist country…

Simply put, our lives are on the line, so are our kids lives!
If we have to, vote twice, three times, four!
That’s exactly how the vote went in 2020, they will cheat, hands down!
Oh my, you want us to cheat! No way, it’s been written July 4th, 1776
“…That whenever any Form of Government becomes destructive of these ends, it is the Right of the People to alter or to abolish it, and to institute new Government…” you know the thing!

My wife and I will vote RED all the way down the line even if we never heard of them. We will take our chances. VOTE RED USCCA. 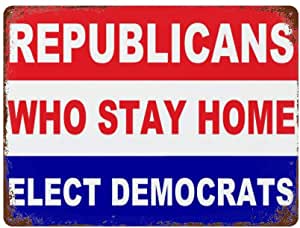 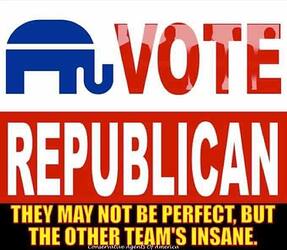 I’m 60. There have been plenty of interesting elections in my lifetime. None as consequential as this one.

Politics is a race I will vote for the one who has the most love and will to work the hardest for the people they are representing.

So true. And in the Constitution is can be found on just what to do it in ARTICLE V of the Constitution. And it is called CONVENTION OF STATES. And so far 19 states have passed a resolution calling for one. And now only 15 more states need to pass a resolution to call for a CONVENTION OF STATES to force Congress to call it. And a resolution is at some level in ALL FIFTY STATES in a committee on in one of the state houses waiting for being voted on. I’m a volunteer with them as well. 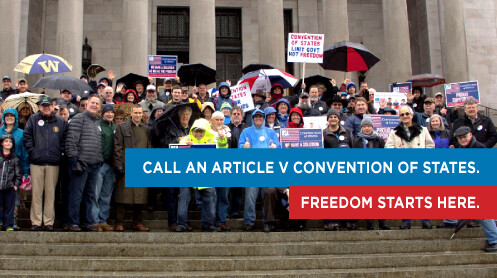 Article V offers the only constitutional solution as big as the problem. Together, we can end federal overreach.

I usually vote for the candidate that is noticeably more honest and less corrupt than the other options. Over the past couple of decades that generally forces me to vote for 3rd party candidates who’s opinions are usually less bought and paid for buy the puppet masters. Though every once in awhile the consequences are important enough that I have to hold my nose and vote for one of the kleptocrats in the (usually false) hope that they will do what they say they will. This is one of those times for me.

If people want to keep their freedom,they need to get ou and vote,if the election 'doe sent get stolen again!

One tiny small problem…if all 10 planks of the Communist Manifesto are in force and effect in the USA, isn’t the USA ALREADY a communist country? I’m thinking people need to wake up to the NAKED TRUTH of the matter and TAKE THE COUNTRY BACK FROM THE COMMUNISTS starting with the 1st, 5th and 10th plank! Read this and show me where I’m wrong. Think about it…1st plank is abolition of all rights to private property and the application of all RENT to public purpose. When you pay RENT to the state or county toi live in your own paid off free and clear home, and are threatened with forced eviction WHAT is the difference if you call it RENT or PROPERTY TAXES?? 2. plank A heavy progressive or graduated income tax. What kind of “income” tax do we have? As if exchange of labor for worthless fiat currency is “income”. 5. Centralization of credit in the hands of the State, by means of a national bank with state capital and an exclusive monopoly .
We call it the Federal Reserve which is a credit/debt system nationally organized by the Federal Reserve act of 1913. All local banks are members of the Fed system, and are regulated by the Federal Deposit Insurance Corporation. 10th plank: “Free” education for all children in government schools. Abolition of children’s factory labor in its present form. Combination of education with industrial production, etc. etc .
People are being taxed to support what we call ‘public’ schools, which train the young to work for the communal debt system. We also call it the Department of Education, the NEA and Outcome Based “Education” . (FDIC). Communism- AMERICAN Style! - by Courageous Lion
SO MAYBE THE NAKED TRUTH IS: “Forget the politicians. The politicians are put there to give you the idea you have freedom of choice. You don’t. You have no choice. You have owners. They own you. They own everything. They own all the important land, they own and control the corporations that’ve long since bought and paid for, the Senate, the Congress, the state houses, the city halls, they got the judges in their back pocket, and they own all the big media companies so they control just about all of the news and the information you get to hear. They got you by the balls. They spend billions of dollars every year lobbying to get what they want. Well, we know what they want. They want more for themselves and less for everybody else. But I’ll tell you what they don’t want. They don’t want a population of citizens capable of critical thinking. They don’t want well-informed, well-educated people capable of critical thinking. They’re not interested in that. That doesn’t help them.”
~ George Carlin

Bad idea. How about the idiots just follow the Constitution? It’s so badly ignored that it is as if doesn’t exist. And when the supreme Court FINALLY makes a constitutional opinion that is correct how many of those states IGNORE it and are actually going against the decision?

I couldn’t have said it better!! To add to your comment, big corporations, the federal reserve, and the one percenters want to keep us all fighting against one another so we can eliminate the ninety-nine percent so that they can live freely and not have the general population to check them.