Voluntary "Do not sell" firearms list - Can this really work? 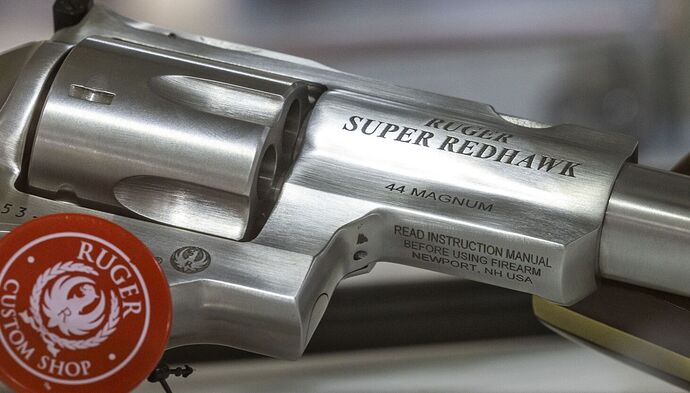 Most gun deaths are suicides. Could this law help prevent them?

In an effort to combat the use of guns in suicides, some states have created a voluntary “do not sell” firearms list. A Utah congressmen has a bipartisan bill to make the program national.

First, check out the picture in the article, that is a sweet piece.
I think the “Idea” looks good on the surface but I doubt that someone in distress is going to go over to BCI or to a doctors office, fill out a form, deliver it to the police station. Maybe we figure out how to help/intervene before the poor guy has the thought of using a firearm to end their life.

If you volunteer to go on the list, can you also remove yourself?

We had a gun owner suicide by renting a gun at the local indoor range and shooting himself there. It was very bad for the owner of the range.

Sounds like a feel good law that does nothing.

Anyone who calls 988 to report themselves should be automatically added to the list.

Some companies offer EAP Employee Assistance Programs where you can call a number like 988 Lite if you have issues.
Also “Mental Health Day” paid time off.
No, thank you.

I think this proposal could work in some cases. It is worth a try. Basically, it could be used as a stipulation in a mental health commitment process. Part of the stipulation, for one who is considered dangerous to self or others but agrees to treatment, could also include this as a requirement.

RE: Can people who wish to do so, commit suicide without a gun:?

And I’m sure others if one were to research the topic.

Answer? A person who wishes to commit suicide will find a way to do so, firearm or not

To date, more than 1,800 people have plunged to their deaths from the Golden Gate Bridge, with 21 confirmed suicides last year alone, and four suspected, though no bodies were found, according to bridge officials. Two or three people jump each month as workers scramble to finish what they hope is a permanent solution. (a barrier)
Mar 15, 2022 SFChronicle

I’m surprised they haven’t shut down yet the bridge. If we could only save one life…

Same thing at a local gun shop & range ( suicide ) they opened the range back up the same day.

Back when I was in the Coast Guard one of my duty stations was Fort Point, which was basically on the beach of Crissy Field and almost underneath the GG bridge.
Our proximity made us the first responders to the jumpers. This was back in the 80s. It seemed like there was one a week.
That was when I experienced my first dead body when we retrieved one of many.
My first night standing radio watch, I answered the phone and it was the CHP. I remember the lady officer calmly telling me about a jumper and I had to alert the duty boat crew. I was only 18 at the time. She was so calm and matter of fact. This being my first solo watch I hit the wrong alarm, then the Max Pro alarm and confused everybody …

My point is even back then it was pretty routine for people jumping off the bridge.

I was thinking it might work if all the Democrats signed it. Disarming Democrats should drop gun violence by 90%.