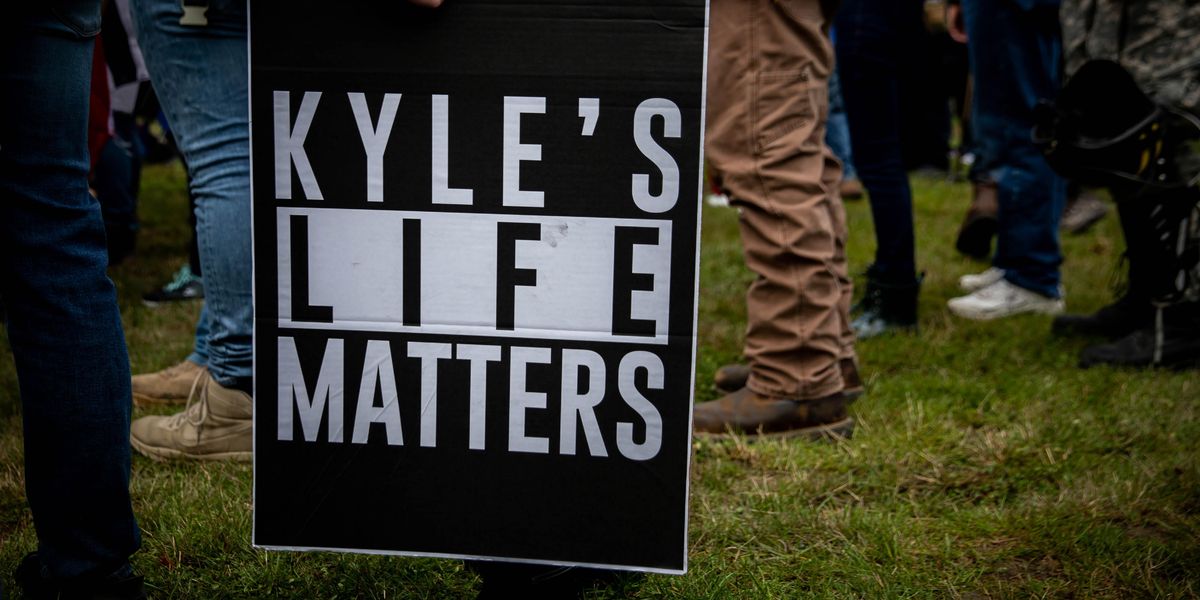 Virginia cop loses job after chief finds out he donated $25 to Kyle...

If that report’s accurate, is it fair to assume a lawsuit is in the works?

So, he did invite discipline. The question is, does severity of the punishment match wokeness of the Chief.

The article in The Guardian, doxxing people who dared to financially support someone on trial for their life, ends with plea for financial support for the Guardian journalism!
How ironic LOL.

So Dems can pay the bail of jailed antifa thugs, putting them back on the street, but this is egregiously bad, because it’s “against department policy.”

Yeah sounds like a lawsuit however if true he should not have used his department address,that would be foolish. Plus I don’t understand why this is an issue in their state. Some distance from Wisconsin.

Seems totally appropriate. The cop’s behavior could be indicative of a potential bias, which is not desirable in a law enforcement civil servant. Judges and other court employees work under very broad ethical guidelines and must be circumspect in their behaviors to avoid even the perceived appearance of bias or conflict of interest. It is not unreasonable to expect impeccable ethics out of anyone within law enforcement or anyone holding a position of civil or political authority. Those who cannot or will not operate within such strictures can step down; there are plenty of ethical, public-service minded individuals out there.

The cop’s behavior could be indicative of a potential bias

Yes, sadly, that horrible bias of upholding the law and belief in our Constitutional rights is the type of bias that can get one fired now-a-days.

Yes, sadly, that horrible bias of upholding the law and belief in our Constitutional rights is the type of bias that can get one fired now-a-days.

Wonder whether you would feel the same way if a cop in your home town fed the legal defense fund of a guy who killed one of your family members?

Like President Harris did? Fed the bail and legal defense fund, that is.

So you’re saying two wrongs make a right, then?

No, but it is like a court verdict, it may be based on good precedent, or bad precedent. Using business email in a way that your boss disagrees with, has always been a cause for discipline. That’s the good precedent.
Invoking analogy with a family member, given that the dead guy was a felon, a child molester, who was in criminal possession of a gun, while participating in arson, and in a deadly assault on a underage boy - that just leaves bad taste. Nobody likes a child molester who is an arsonist while trying to kill a child. Everyone is on the side of the child, not the molester-arsonist-gun criminal.

defense fund of a guy who killed

In self defense, I don’t see an issue here. Free country spend your money how you wish. ONLY problem I see is the use of an email address

Bah! If it was my family members, they probably had it coming. Kyle was trying to defend himself from three guys. One had a gun. The boy is in this predicament due to the liberal courts, and prosecutors looking for a piece of conservative meat.

Shall I describe the Rittenhouse trial? Jury wont be sequestered, constant chatter of violent acts on Twitter and FB, 2 days before the verdict, congresswoman X and civil rights hero “reverend” Y will arrive in private plains to foment riot, the day of the verdict, the guy in the highest office, unless by that time it is the girl in the highest office will condemn any verdict, other than the right verdict.

Been there, done that. Will be pleasantly surprised if it wont be that.

The only mistake he made was to use the Department email address. As far as the donation he made I’m all for it. They could’ve suspended him and not end his career. But that’s just me.

Except IIRC the deceased was white so not sure Rev. will show up.

Wonder whether you would feel the same way if a cop in your home town fed the legal defense fund of a guy who killed one of your family members?

If one of my family members was doing what the two did that were neutralized during their assault on an innocent person, that is on him/her. I do not condone any type of violence. What you receive in return for trying to kill someone in cold blood is on you. The only error in judgment the officer had was using a work email. I don’t believe that offense is one that can get a person fired in any company. A reprimand, yes, or even a few days suspension, maybe, but fired, no. I see a settlement due to wrongful termination in order. Maybe he can claim racism or sexism, etc., to increase his settlement, that seems to often work.