Twitter mob falsely accused retired Chicago firefighter of murder at the Capitol: 'This story has f***ed my life up' 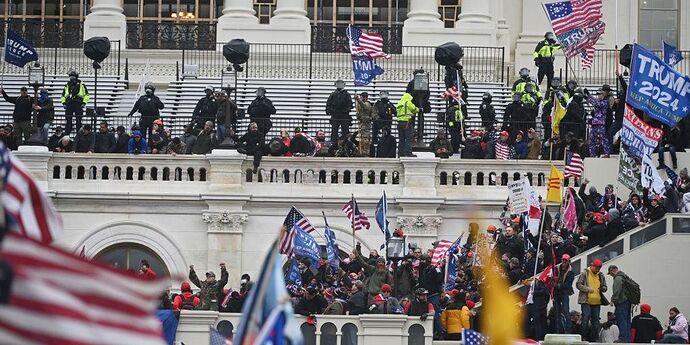 They got the wrong guy

I wonder if he can sue anyone in the Twitter mob for defamation? Has that ever been successfully done?

Once again, we’re all focused on home defense, but the biggest threats don’t come through the doors and windows.

There are vicious people looking to hurt others, they use Twitter as an excuse of directing their rage at innocents. There is a spiritual reason for this, and no amount of censoring, blocking, quitting from Twitter will resolve the issue, because Twitter is not the culprit.

So true @Alexander8. Satan’s work is hardly being opposed by a large part of our society. He has plenty of little bolshivek helpers running about.

God save us from internet detectives.

nder if he can sue anyone in the Twitter mob for defamation? Has that ever been successfully done?

Wow. I have to ask again, has anyone ever won a lawsuit against an over-eager internet mob?

I hope those folks, that TWITTER MOB, are as enthusiastic when THEY come for them. People cheering on the censoring of others… Failing to realize that the restrictions placed on one is actually restrictions on all.

we are living in. It’s only gonna get worse. Now, it’s Republicans/Conservatives. Then it will be…

Now is the TIME to get right with The MOST HIGH GOD.

If you can go after folk, falsely, and suffer no repercussions, what do we expect? Accountability is for mobs too.