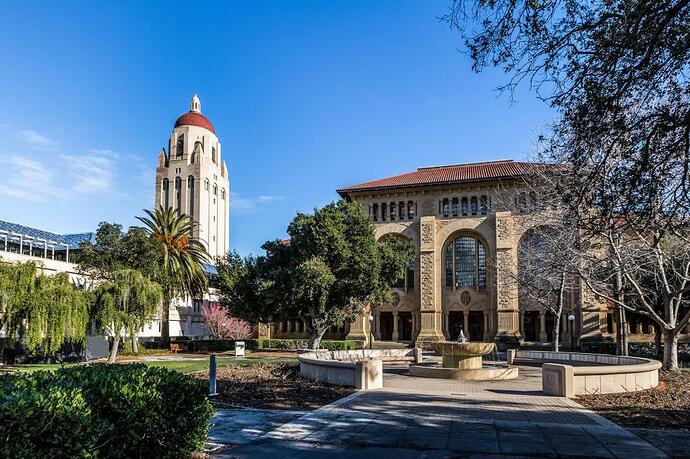 Stanford releases guide against ‘harmful language’ — including the word...

Stanford University released a guide this week on “harmful” language that it wants to remove from its online properties — noting that “American” was now a no-go.

“Leland Stanford would be ashamed of the institution he cofounded,” media strategist Gabriella Hoffman wrote, referring to the prestigious university’s founder, who was briefly the Republican governor of California.

There are no words for this, banned or not banned! Maybe, 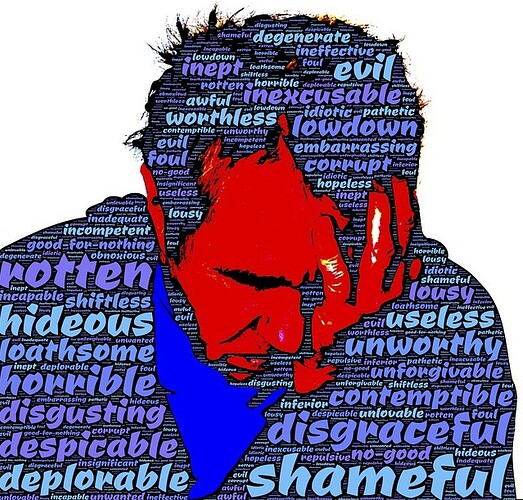 Read this to the Mrs. She recommends castration.

Two can play this game

Stanfords guide offends me.
Do they not care?

A day in times I never hoped to witness. I feel for our children. I am really ashamed over the world that we will leave them. What will America look like one hundred years from now?

“Limp wrists are a danger unto themselves. Even the devil will delude those who think they are smart and have the upper hand into thinking that they are making a difference, but in actuality they are weak men comforting themselves behind a false sense of security. When the wall falls it falls with a crushing., no sense can be made from it, but a fall it will be… and a crushing not to be recovered.”

I cringe at the thought of two years from now.

Even more insulting is the White House saying ( to my face ) it’s our fault the border is non existent! This stuff is cringe worthy!

What will America look like one hundred years from now?

I’m seriously afraid what it’s going to look like in 2 years!
There are many fuses lit! From Zelenskyy to Mini Madoff,
going free. ( I’ll put money on it )
There’s not going to be an America.
What we need is someone like Plutarch, Gibbon or Herodotus to accurately write our history!

Stanford can kiss my Merican Arse. Cause I’m too old to value their shart opinion.

“immigrant,” which should be replaced by “person who has immigrated” or “non-citizen,” to avoid referring to people by single characteristic?

Isn’t that still a single characteristic?

Under a section titled “Imprecise Language,” the guide advises readers to replace the term “American” with “U.S. citizen.”

I am okay with that. However, what is the likelihood of getting Americans, excuse me, US citizens, to begin using that terminology? Is that similiar to calling Chinese “Asians”? What about the rest of the Asian contient that is not Chinese? Do they suggest that Chinese are not called “Asians” or does that only pertain to US citizens being called “Americans”?

“[‘American’] often refers to people from the United States only, thereby insinuating that the US is the most important country in the Americas”

Aren’t we taxpayers pretty much paying for everything around the world?

Asking for a friend….

Okay, so Chinese are Chinese, plain and simple. When I wasn’t sure of a co-workers nationality, Laotian, Thai, Vietnamese, I’d refer to them as “my Asian buddy” and never had “bite me , ah ho” as a response.
Question is, what do we become? United Statesians?
I’ll stick with American. The Mexicans, Peruvians, Argentinians, Venezuelans and Columbians I worked with described me and my countrymen in that term , and themselves as well if they got U.S. citizenship. If 'American" didn’t offend these guys, who t.f. is Stanford to pass judgement …and yeah, we do shell out tons of money and resources worldwide.

For such a “forward thinking” institution, Stanford is soo late to the party. Here’s a different Stan, Stan Freberg from the 50s or 60s: 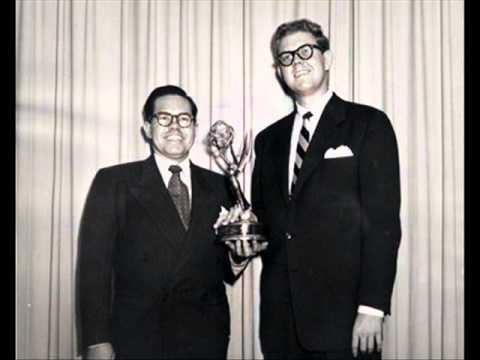 Not to nitpick, but America is the greatest country, period. It seems to me those concerned about others being offended should do some soul searching.

FYI, roughly 3,000,000 illegal aliens crossed our Southern border to ENTER, not leave the US.

Going to Stanford used to be (arguably) a badge of honor. Now they don’t need no stinking badges.

From Stanford’s Elimination of Harmful Language Initiative web page; look at the trigger… sorry… uncomfortable reaction warning at the end of the page: 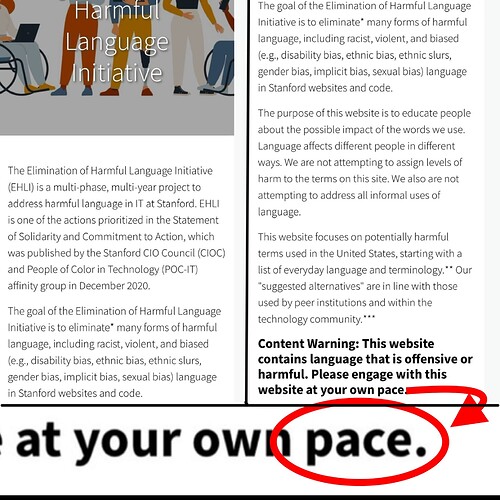 Their language is… ableist. “Pace” refers to ambulating by foot, and some people can’t to do that. So what to change it to? Speed? No, that might offend substance reliant persons. Rate? That sounds too judgmental — rating people is hurtful.

If I recall correctly, I was a “resident alien” 20 years ago. A few years later, the word alien was declared taboo, illegal immigrants became undocumented immigrants.

I did not come to america for this b.s.
Stanford, go pound sand!